Hi all, first post on this forum. Firstly this site is incredible. I was only recently diagnosed last month and its amazing to see all the work everyone collectively puts in!!!

As usual I’m asking a question that has been asked a bunch of times but really trying to get a definitive answer. I recently purchased the Dexcom G5. (G6 isnt available in Australia yet). CGM is fantastic albeit expensive however I need a solution for surfing.

From what I’ve read the Sony Smart Watch 3 appears to be the best smart watch to use as a stand alone collector (fortunately it also has great battery life, is waterproof, and the screen is designed for direct sunlight. all pros for being out in the surf!)

My question is if it can be used in tandem with the iPhone and Dexcom App?

Day to day my CGM just connects to my iPhone. However can I have the CGM connect to both the SSW3 and the iPhone at the same time? (I have heard either the G5 or G6 can be paired to more than one device at a time?).

This would enable me to simply power up my SSW3 and go surfing for hours at a time keeping track of levels to come back in and have the CGM data dump back into the iPhone and continue functionality from there --------------------potentially with the SSW3 still working in tandem?---------------

Thanks in advance for any and all your input!

Unfortunately the SSW3 is an Android watch that only works with an Android phone. And the only way it can be used as a collector is with the xDrip+ app. 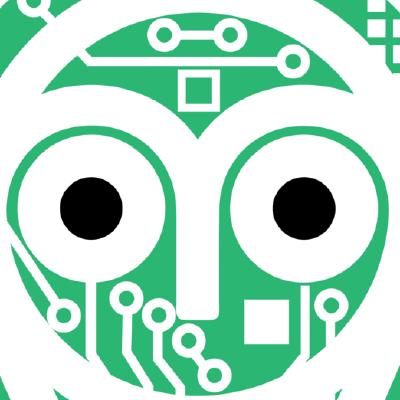 Nightscout version of xDrip+. Contribute to NightscoutFoundation/xDrip development by creating an account on GitHub.

You are correct that after being out of range of the phone, it will backfill when it gets back in range.

If you decide to go with Android and xDrip+ I can give you some help setting it up. I use the watch as my sole collector.

Otherwise, you can wait until Dexcom has direct connection with the Apple Watch. They have been talking about it for a while but they move pretty slowly.

Welcome @Tim07NOV18! really glad you are finding value from our humble collection of posts. Unfortunately, as @docslotnick says it isn’t currently available with the IOS solution. We keep hoping Apple and Dexcom will finally deliver the ability for the iwatch to work as the reciever, but until then, doc’s solution is the only viable one.

Again, thank you for such prompt information. This forum is great!

I actually rang Dexcom Australia and got a hold of someone there who was able to inform me that yes they are working on it having direct connection however as you said they work slowly so who knows when that will be.

My partner has an android phone which I was hoping to use for the initial setup to establish the SSW3 as the collector and then hopefully remove the android phone from the equation but I believe as you’ve said the phone is still required for calibrations. I guess you could run the Dexcom Android App and the xDrip+ app in tandem on an android phone utilising the watch as a collector merely having the phone to enter calibrations and feed information into Clarity??

you’ve probably already answered this elsewhere, but I believe I couldn’t have an android phone running xDrip+ and my iPhone running Dexcom App simultaneously??

That is correct, it is one or the other I believe. @ClaudnDaye may have more experience here, because I believe they were using multiple phones and were having success with having the system switch between phones rather effortlessly, but I can’t remember if one was a iphone and the other android.

I never ran xDrip+ and Dexcom app simultaneously. You can use 2 phones + Dexcom receiver and having 1 phone and the receiver as collectors and the other phone using the Follow app. Didn’t really have success with xDrip to use it long enough (too many down periods, disconnects, etc., that I couldn’t afford to be without.) Plan to go back to xDrip when he’s older. @docslotnick probably knows the answer to your question relating to xDrip+ with Iphone while also using Dexcom App simultaneously.

So if the G5 has provision for two collectors could I use a Sony Smart Watch 3 as one collector and my iPhone running Dexcom as the other?

@Tim07NOV18 You can probably run xDrip+ on the Android and the Dexcom app on the iPhone. Some people have had success doing that with the g5, more with the g6.

But you will never be able to “ditch” the Android if you are using the watch. Not only with calibration, but also with sensor changes, transmitter changes, and general watch maintenance. The watch and the Android phone are pretty much joined at the hip. The advantage of using the watch as collector is that you can take it out if proximity of the phone occasionally. If you just want to use your setup irregularly, just using the watch for your physical activities, I’m afraid you’ll have problems making that work.

The bottom line is you can probably run the watch and the iPhone Dexcom app simultaneously, but you’ll need an Android phone to run in concert with the watch.

The only purpose of the smartwatch is to track my levels during extended surfing sessions. I had originally intended to achieve this with an apple watch and just take my iphone out in a waterproof case. But to not have my iphone hanging off my lower back in a running belt would be much better.

Thank you so much for all your input. I’ll chase down a Sony Smart Watch 3 and a cheaper android phone. I’ll do as you said and keep the android phone around for watch maintenance (hopefully just fill in a calibration first thing in the morning and then 12hrs later before bed) and also to track sensor and transmitter changes. But predominantly I wont carry the android phone around with me just use it as a supplement to keep the watch going. I’m about to take off travelling for about 5 months surfing so to only have to worry about one smart watch to take surfing and track my levels would be incredible!

No doubt I’ll achieve all this and then Dexcom will unveil a direct connection with my G5 and the apple watch negating soo many extra devices. It would make it very seamless. I did however read a lot of posts relating to peoples preference to xDrip+ over Dexcom regardless of smart watches. From what I gather they both seem as accurate and safe to use for alerts. I’m yet to use xDrip+ and thus yet to trust it but lets see how it goes. I guess is it safe to purely trust the xDrip+ app and its algorithms over the FDA approved Dexcom app???

Well we are looking forward to your surfing bg report, and to understand how the technology you cobble together works. Thanks in advance for helping all of us with this murky issue.

@Tim07NOV18 I think you’ll come to like xDrip+ better than Dexcom in no time. You’ll just keep the iPhone connected for clarity. But xDrip+ now uploads to tidepool and the functionality is much the same.

Make sure you look at this list before getting a phone:

This file has been truncated. show original

When you’re ready I’ll be glad to help you set it up.

Okay, I bought a Sony Smart Watch 3 yesterday. Got home and installed the latest version of xDrip+. I didn’t install a pre-release version but the LATEST VERSION that came out at the end of May. I got the app installed and couldnt get it to find my G5 transmitter?

Also, I can’t get the xDrip+ watchface to appear on the sony smart watch 3?

I used my partners phone which is a Samsung Galaxy S5. My iphone was still running and connected to the G5 transmitter I just turned the bluetooth off on my phone whilst I tried to pair the G5 to her android phone running xDrip+.

Separate to getting the transmitter to communicate levels to the phone, shouldn’t the watch face still be available on the watch even without the readings?

@Tim07NOV18 First, don’t be afraid to download and install the latest nightly version. The developer is very careful not to break anything and is always making improvements.

Next, you need the Android Wear app to connect xDrip+ to the phone, and you need to enable wear in the xDrip+ settings. Then it takes about an hour for everything to show up.

You should set up and start to get xDrip+ readings on your phone first, before using the watch.

It’s a process that is difficult to accomplish instantly, so don’t expect this to be done in half an hour.

If you need help getting it set on the phone, let me know.

no matter what i try. literally nothing is happening. no readings. nothing

i get the collecting initial readings box. it says the data collector is running but its not receiving data fro the collector, hasn’t received any recent data. etc.

I’ve read everything i can. played around with all the g5/g6 debug settings. absolutely nothing is happening with the phone and the watch face still isn’t working on the watch. i have the wear application. the watch is paired. if i use the offical dexcom app the watch face works perfectly. xdrip+ though. nothing.

this is really frustrating, i can see that everyone is getting it to work but i just can’t

okay ive had some success! I got it working by unchecking allow of OB1 unbonding. Under system status it does say buggy samsung: using work around.

however i still can’t get the xdrip+ watch face to sync across to the sony smart watch 3?

also I couldn’t help myself, whilst using xdrip+ i downloaded the official dexcom g5 mobile app. Just as you mentioned xdrip+ stopped receiving readings once the dexcom app fired up. such a shame you can’t run both simultaneously

again thank you to everyone for all your help!

@Tim07NOV18 In G5/G6 Debug settings check “use the OB1 Collector”, "allow OB1 to initiate bonding, “scan for G5 constantly”, and most importantly “Authenticate G5 Before each read”

Always leave the phone and watch’s Bluetooth and location on. It wears out the battery faster but is essential.

Last, UNINSTALL THE DEXCOM APP IF YOU WANT TO USE XDRIP ON THE SAME PHONE!

not sure what I’m doing wrong but i still can’t manage to get any readings on the watch?