How to Safely Meet a FUDder in Person. (Because people on the internet can be weirdos.)

Thanks for a FANTASTIC meet up, @Eric!

Amazing! So glad you guys got to meet! I think Eric has met nearly everyone here in FUD by now! He gets around!

That was kick-ass!!! Thanks for sharing! So funny!

Before you head to the restaurant, feel free to brandish your newly acquired pepper sprays (yes, more than one pepper spray option) if your after-school Oprah education of “Never let them take you to a second location” is still rattling around.

Here are my thoughts on it…

I was a bit over-confident and did not send a pic. And Leslie did not know my location, because Allison changed the location at the last minute!

With her “Safety not guaranteed” warning, I was super nervous about all of that.

Then to make it more scary, the first thing Alli did was show me her pepper-spray which was in her car trunk. And I really thought she just wanted to show me her trunk!

I thought to myself, “Well I guess this is my home for the next 6 weeks or so. Might as well get comfortable…”

I was a little nervous when I first walked up to her. Do I shake her hand or do I hug her?

As it turned out, I hugged her both before she got her Steak & Lube and after. And I think maybe once during the lube. So it was really nice! Three times!

Actually in all seriousness, this was such a wonderful experience. I have talked to Alli so much that this was awesome to actually get to meet in person. And it felt just like the continuation of any one of our many conversations.

Alli is one of my best friends in the world! I will always cherish this memory!

Anyone that has the chance to meet you and your lovely wife in real life is really lucky. You are both gems.

This is AMAZING! A water tower MASCOT? Multiple pepper sprays? Gorgeous diabetes models? A steak and lube??? A fake minor league baseball game (staged just for you???)! WHAT!!!???

You all (y’all?) have truly upped the ante. Let’s start planning the FUD convention.

You better believe that I tracked him down for a photo! He was headed somewhere with purpose and I was like, “Oh boy, I really, really need a picture with you, please!”

Alli is one of my best friends in the world! I will always cherish this memory!

Me, too, buddy! What’s a little pepper spray between best friends? I won’t bring it next time…well, I won’t brandish it.

YAS. That would be Amazing!

I won’t bring it next time…well, I won’t brandish it.

Just make sure you put a pillow in your trunk for me!

The funny part was hearing Alli order wine at the game. The concession lady was like - You want oak undertones? This is not Napa Valley, it comes out of a six-pack and gets served in a plastic cup.

Alli she said that she had to be on the road by 9:00. And of course I knew that wasn’t gonna happen. The restaurant essentially kicked us out because we stayed so late. We broke curfew by a good bit. That was a problem for Thursday morning Alli, not Wednesday night Alli.

Tonight this song popped into my head. This line says it all:

Who are the flyest kids on the block?
You know the ones with the rising stock?

Would I arrange a trip for that day, (man, I dunno)
Let me think
Hmmm,
It’s gotta be long though

I said, “Tonight’s the night, sitting at home is lame”
“It’s a Wednesday night, let’s go to the game!”

And don’t worry about staying out too late
That’s Thursday’s problem, tonight will be great

Let’s have a good time!

Got a couple of drinks, cause the party’s here
Cranking up the stereo like it’s New Year’s

Singing at the game, you know that’s me
Bustin’ out the moves like it’s MTV

Helped with Alli’s drink, cuz she only had a sip
I drank a bunch but I didn’t trip 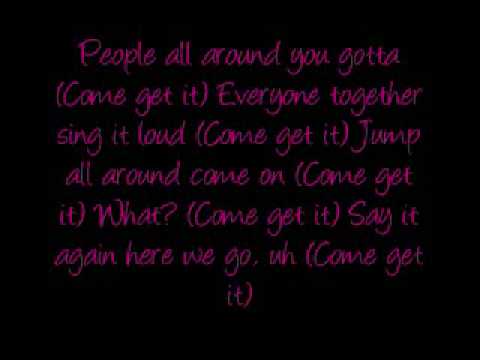 You two are truly one of a kind!

I know I’ve only been around for such a short period of time, but this thread was just great @Eric and @T1Allison. Looks like a great time.

I think its great you two got to meet up! My special take away from the above is the GREAT name of the restaurant, “Quaker Steak and Lube”! That’s fabulous!

Looks like both @T1Allison and @Eric had the best time ever! It’s always a special treat to meet another pumper in the wild, much less a FUD’er. Glad you both had a blast and an experience that will be remembered forever.

Thank you both for sharing. It almost feels like the rest of us were there.

It almost feels like the rest of us were there.

Seriously though, if I am ever over on your side I will definitely ring you up for a meeting!

My special take away from the above is the GREAT name of the restaurant, “Quaker Steak and Lube”!

I think @Eric was joking when he suggested it…but I was very insistent once I found out its name that that’s where we were going.

Seriously though, if I am ever over on your side I will definitely ring you up for a meeting!

And while you are going from east to west and west to east, stop here in the middle of nowhere, 4 hours from everywhere, Wisconsin. I’ll offer you the sweet smell of clean, fresh air laced with undertones of manure. Only places to eat are taverns with bar food with nothing but carbs. As a matter of fact, the favorite place around here touts Hashburgers… a 1/2-pound cheeseburger covered with hashbrowns and, of course, French fries on the side. YUM