The Dexcom G6 is GIGANTIC!

Holy cannoli! We just received the new G6 sensors (transmitter not yet covered by insurance, but shipping soon) and opened the box. They are freaking gigantic.

Now, I understand that most folks here have, in the past, sounded like they’ve traveled a bit dibe-supply heavy. So maybe everyone else on earth is fine with this upgrade. 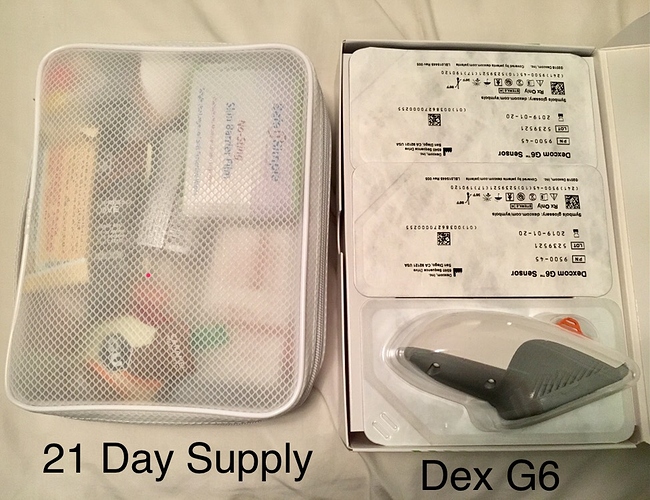 But dude, EH’s three weeks of supplies fits in a box that’s smaller than the 30-day supply of G6 sensors! In that white zipper pouch (from Muji) there are 21 days worth of NovoLog plus extra, 6 OmniPods, spare Afrezza, 2 Dex G5 sensors, a pen of Lantus just in case, 100 test strips, TacAway wipes, SafeNSimple Skin Barrier Wipes, needle tips, syringes, lancets, alcohol wipes, SimPatches for both the Dex and the OmniPod, spare AAA batteries, a Glucagon kit, five GU packets and a Lara Bar. And all of this is in addition to the Dex and Pod he’s wearing and his kit he’s got on hand at all times. 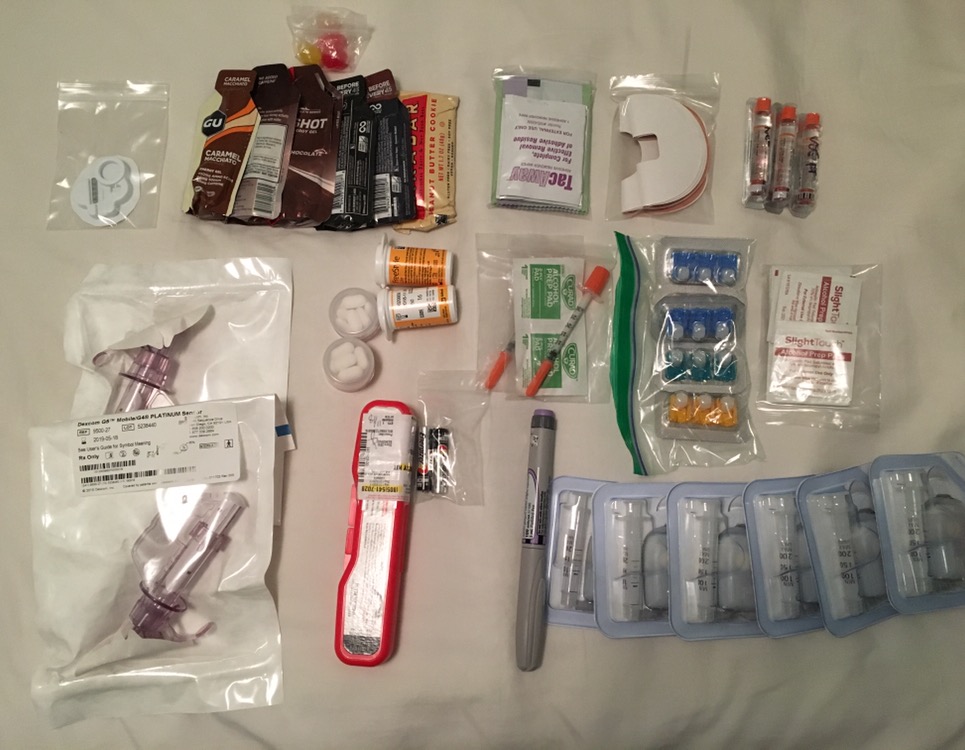 (In the process of posting this, I realized the spare transmitter pictured was for the G4, which needs the receiver, which we don’t carry on trips with us. Oooops.)

All of my geeking out on travel supply organization aside, I really don’t see the point. They’re so giant and every time all of that junk gets tossed in the trash. Anyone have any insights on this? Is the G6 really that much better? 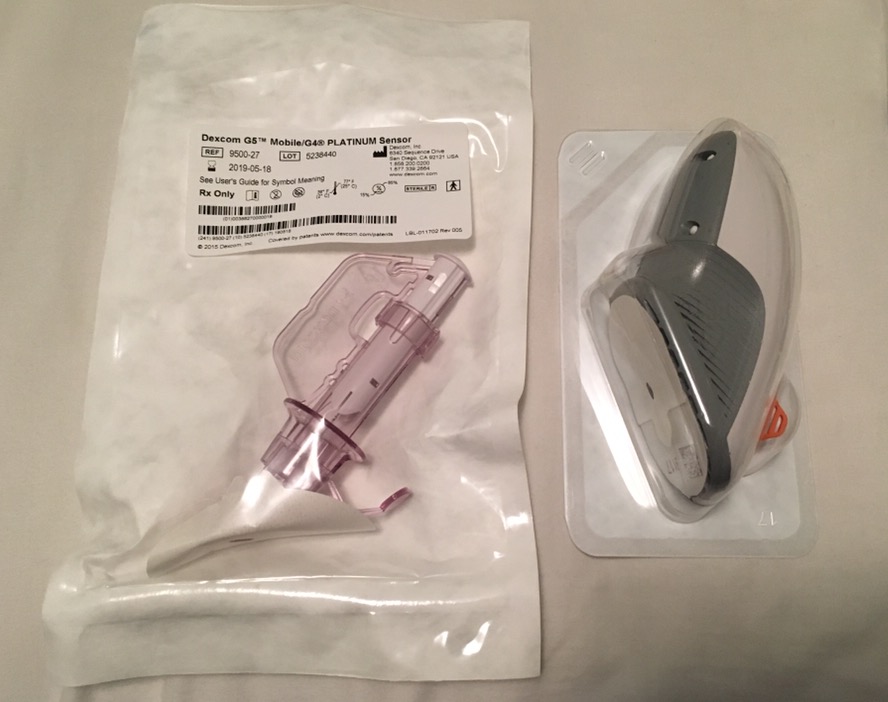 Does that new inserter come with every sensor? For some reason I thought that it was a reusable inserter and that the sensors were separate… If one of those comes with every sensor, even more reason why I wouldn’t upgrade (in addition to cost). I also travel a lot (leaving tomorrow for just over a week, actually!) and it’s easy to pop a sensor in my supplies with the G4 (or G5).

Does that new inserter come with every sensor?

Yes. I watched some videos about it and they are all that big…each sensor comes with that fancy big, bulky things with it.

Yes. I watched some videos about it and they are all that big…each sensor comes with that fancy big, bulky things with it.

Wow…what a huge waste of plastic, too.

They are freaking gigantic.

Is there any way to pack them like yin and yang?

I have tried to find a good way to pack the omnipods packages, and there doesn’t seem like any way to put them together that makes much of a difference in volume.

BTW, did you guys choose to upgrade? How did it come about? Were you asked?

I have tried to find a good way to pack the omnipods packages, and there doesn’t seem like any way to put them together that makes much of a difference in volume.

I read an interview w the T1D woman who was on a winning Amazing Race team. Since they were limited to one backpack each for one month abroad, she unpackaged all of her supplies and carried it all in Ziplock bags. Granted, she used a tubed pump and not Omnipod, but still pretty amazing.

she unpackaged all of her supplies and carried it all in Ziplock bags.

I’ve done this, with six pods in an unused ziploc. I figured since the cannula area was covered with hard plastic, and the pods wouldn’t be rolling around in dirt, they’d be OK. Anyway, I’m still alive. Don’t know if I’d want to do it with a six-month supply, though.

Looks like the inserter device is larger, bulkier. But once inserted, I assume the sensor itself (with transmitter ) will be about the same size?

I wonder if this new inserter is to make it more appealing/easier for those not comfortable with the manual, non spring loaded older version. And may be easier for children to insert.

Looks like the inserter device is larger, bulkier. But once inserted, I assume the sensor itself (with transmitter ) will be about the same size?

The sensor itself is actually smaller. But wow what a ridiculous amount of waste! I know a lot of people wanted an easier to use inserter. But I hope they keep the G5 around for a while, for those of us who have no problems with the inserter and would prefer less waste/bulk and also want to be able to unclip and replace the transmitter while a sensor is going.

she unpackaged all of her supplies and carried it all in Ziplock bags.

That’s the way we are traveling around all summer this year.

BTW, did you guys choose to upgrade? How did it come about? Were you asked?

That’s a great question! I have no idea. @EricH is (randomly) dealing with the Dex ordering stuff because I’ve been on dual-mom-duty for most of this year so far (apparently I can only manage to manage so many lives at once…).

I think they told him that he was approved for the G6 and asked if they could send it, and he said yes, thinking that it’s supposed to be smaller (HAHAHA!) and more accurate. But the giant plastic waste is stupid. We might switch back if it’s not wildly more accurate or something. Even IF the sensor is smaller, it can’t be THAT much smaller to make up for the huge hunk of plastic I will have to toss.

And, I tried the yin/yang configuration and it doesn’t fit.

The OmniPods at least can go back to back. But I wouldn’t hesitate to chop them out of their packages if I needed to. It’s great to read @T1Allison that someone has! As it turns out, we can pack a ton of them in our carry-on. Which is the only way we travel - with a carry-on for about a month at a time. I might go with smaller ziplocks with a few pods in each?

I wonder if this new inserter is to make it more appealing/easier for those not comfortable with the manual, non spring loaded older version. And may be easier for children to insert.

Yes, it’s much less easy to screw up I think. (Having, the first time gotten the Dex G4 inserter confused with the functionality of a tampon, I really hurt EH! It is NOT push first, then pull back. Oooops. Only did that once.) And it does seem like even a kid could do it. There are not very many steps. It does really feel like a lowest-common-denominator decision on the Dexcom folk’s part. (As so many parts of diabetes equipment always do to me…Really? OmniPod, do you need to beep every two hours after a new pod is applied to make sure the user is alive and aware? No. No, you don’t. We are all still aware that the user still has diabetes!)

It does really feel like a lowest-common-denominator decision on the Dexcom folk’s part. (As so many parts of diabetes equipment always do to me…

I think a new user-friendly inserter is a great idea. But I think it would be much better if it were a stand-aloen device that sensors were attached to and then it could do its insertion. Sort of like Minimed has for some of its infusion sets, before they started coming out with infusion sets with built-in inserters (which I refuse to use due to the plastic waste…).

But I think it would be much better if it were a stand-aloen device that sensors were attached to and then it could do its insertion.

I agree with you there - ease of use would be a good improvement. I shouldn’t call it that other thing I did call it. That wasn’t nice. And I did admit to getting the order switched up and accidentally harming someone in the process with the G4/G5 inserter, which might suggest that I am not a great nurse/bringing down the denominator.

But it is a shame it’s huge and not reusable. AND, their website suggests that it is not recyclable in the household bin either and notes: “At this time, Dexcom will not have a recycling program. Dexcom recommends that users dispose of the used applicator following local guidelines for blood containing components.”

There’s more money in these throw away devices unfortunately… Corporate greed doesn’t like one purchase… It likes many purchases for as much as possible per purchase.

It does look a little bit too big to be practical. 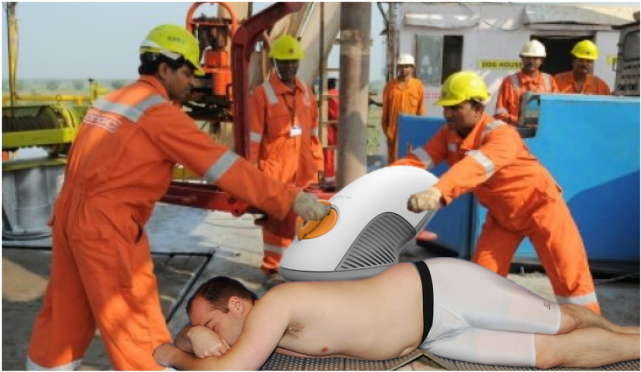 We can always count on you, @Eric…

Which is awkward, as I’m at family dinner at EH’s mom’s house and EH’s griping about his last endo office and how much they suck. Lol!

Love the photo. Made my night.

We were eagerly awaiting the easier to use inserter – my 14 yo has never been comfortable with the G5 one, especially on the side that’s not his dominant hand,so I always do it. I’m a doc and don’t find the G5 “hard” but I did always think it was a crappy design in terms of stabilizing the beveled cutting needle while it’s under the skin which is what makes it hurt…

Anyway the new one is indeed huge, it’s the size of a mouse (the computer not the rodent), but my son uses it himself no problem so he is very happy about cutting those apron strings, and says it hurts less. I wish we could at least recycle it but the sharp retracts into it…

Back on the downside, we’ve had two sensors conk out before their 10 days, one definitely due to blood on the filament end, other not sure. Could just be learning curve on how to use the new inserter. And my Endo confirmed it’s definitely “10 days and dead” unless somebody figures out a hack…we we’re riding the old ones for a couple weeks each. So that sucks big time.

The transmitter is smaller and flatter which he also likes to get less bulge under his shirt.

Let me know if you figure out innovative re uses for the giant inserter! Novel air hockey instrument? Door stop?

Search this site for restarting G6, there was a post to a link, but not sure anyone here has personally tried it.

“10-day hard stop on G6 sensors.” – love, Dexcom Did that one thing alone stop you from considering the G6?  Well, good news…you can actually restart the sensors (and the tr…