I am retooling our Dexcom tool chain. I just figured out a really cost-effective fallback on the Dexcom receiver ($600) or a regular iPhone: an iPod Touch can be the primary Dexcom receiver, and share Dexcom data to following apps, wherever in wifi range. For us, this means that home, school and playdates are all covered with a much cheaper and fairly compact device.

An iPod touch 32GB can be had from Apple for $250, but Apple sells refurbished ones with the same warranty for $210.

Next time, this is the Dexcom receiver I will take with us camping.

are the iPod Touches smaller? That’s the one thing I was hoping to change with Samson’s setup – he wears his iPhone in his shirt pocket and it takes up a lot of real estate on his back.

@TiaG The touch is surprisingly small. I just got one for my wife. The only caveat is that it is only wifi, so if you’re out of wifi range or do not have it set to automatically connect to any Wi-Fi it finds, then you will not get remote data.

hmm, I may consider it as a backup in the house. For out, we rely on cell phone networks and bluetooth tethering a lot.

Careful with that though: I just purchased an old iPhone 5S from a reputable dealer (for about $150), supposedly inspected, and found out it won’t charge reliably even though the battery seems to last reasonably long per charge. (something to do with a flaky charging circuit).

Then again, there’s always the risk of smashing a $700 Dexcom receiver on a rock

@TiaG The touch is surprisingly small.

When I first got the G5 I started using my wife’s old iPhone 4s as the receiver. Actually, it worked so poorly that it drove me to xDrip.

The iPhone 8 will be coming out soon: 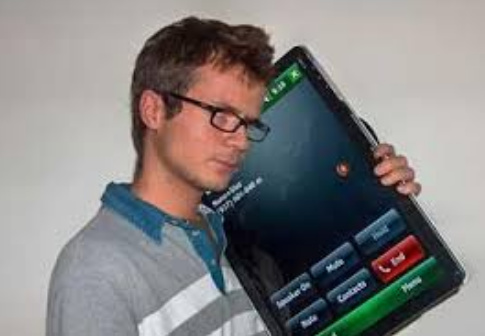 Possibly a teensy exaggeration but not much. One of my main complaints about new phones – they’re HUGE! You can’t enter the letters with one hand and they don’t fit in a normal size pair of jean pockets.