Dexcom data into Glooko from the cloud

I just read this interesting PR – it appears that, now, Glooko has access to dexcom data directly in the cloud, not requiring sharing through Apple Health: 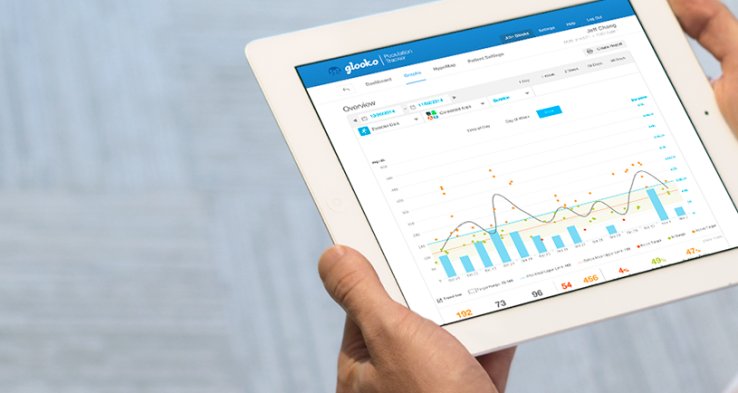 The new expanded diabetes deal will give patients real-time access to data for their condition via cloud technology.

Really too bad that Glooko does not have a food database. I am going to try to set up MyNetdiary and Glooko so that Glooko automatically picks up the food data from MyNetDiary (through Apple Health on my son’s iPhone), then combines it with the Dexcom info – that would be the best of all worlds to me.

That is awesome! I had been using Glooko with my G4, but when I got the G5 they stored storing android transfer. Sadly, I had to discontinue their services after multiple times they told me " it’s coming".

Is there any info on his this would work? I would love to get back into using Glooko.

In the release they appear to say you don’t have to do anything, all happens in the cloud. It must take at least a few minutes to appear though.

I have linked my Dex data to Glooko on my iPhone. The process was pretty straightforward, linking the Dex to the Health app and then linking Glooko to the Dex. There is a good 3 hour lag for the Dex data to appear in the mobile app and I still have to upload the Pod data manually.

I like Glooko because it “sees” patterns that I saw but Clarity didn’t, for example, trending high in the evenings. Now that I am on the Pod and getting basal insulin steadily, I think part of the problem was that Lantus tailed off for me after 20-22 hours. (I did my injection at bedtime). And on a side note, I don’t miss the Lantus 3 a.m. drop-off at all, either!

I think part of the problem was that Lantus tailed off for me after 20-22 hours.

I know you don’t have to worry about this anymore, but if you ever go back to MDI, consider the split Lantus shot - part in the morning and part at night!

consider the split Lantus shot - part in the morning and part at night!

Absolutely! I had to do that with Lantus, and now I still have to split doses with Toujeo. 24 hour level release is a marketing ploy.

Really too bad that Glooko does not have a food database.

Thern maybe I am totally wrong. When I evaluated it a while ago I did not find one, but possibly I just did not see it?

Does Glooko not have the food database in the iPhone app?

yes, it has a food db in iPhone

Just got an answer to my inquiry from Glooko support:

Please let us know how else we can help
Scott Bissinger
Customer Success Manager
1-800-206-6601
support@glooko.com

Great news! Glooko and G5 and Android now work together! Just got this email:

We wanted to send a quick update to let you know that support for the Dexcom G5 has been released on Android!

You can now Sync your G5 receiver to the Glooko Mobile app using a micro-to-micro cable.

Please update the Glooko Mobile app at your convenience. If you have problems or questions, we’d be happy to help!

Great news! Glooko and G5 and Android now work together! Just got this email:

You can now Sync your G5 receiver to the Glooko Mobile app using a micro-to-micro cable.

Doc – I would think that would have meant in the cloud/ the phone. I don’t think I’d ever sync physically.

@Michel You just connect your Dexcom receiver to your phone and the sync starts automatically. After it’s in the app it automatically uploads to the cloud.

Glooko is not real time, but the data analysis is excellent.

I’m actually waiting for xDrip+ to automatically sync with Diabetes:M. There is a github user working on the code and should be ready to post a commit shortly.

You just connect your Dexcom receiver to your phone and the sync starts automatically. After it’s in the app it automatically uploads to the cloud.

Yes, but that physical connection is too much of a pain to do (for me). I would never do it. For me, it really needs to happen in the phone or in the cloud, across Google Fit or Apple HealthKit.

It does happen across Apple HealthKit (although I’ve personally had sync reliability issues)–but there is a 3 hr delay. Seems like Glooko should be able to tap into Dexcom servers the way nightscout does. Pretty silly to require physical connections.