So my Dexcom G5 app has an area where it looks like you’re supposed to be able to change the sounds for the various alarms. But I cannot get it to work. Everything just vibrates at me, even though my Dexcom notifications and sound are turned on and my phone is not set to Do Not Disturb.

What am I doing wrong?

I think a big part of why I hate the Dexcom app so much is the terrible, terrible alarms that sound like low-quality recordings of the G4 alarms. (Plus I had my G4 set on vibrate all the time, so never heard those alarms; it does not seem possible to entirely eliminate audible alarms on the app.) 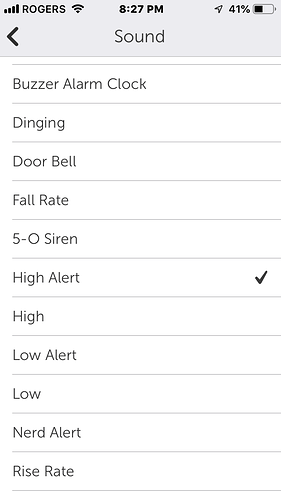 Do you have the mute button pushed? If you aren’t sure where it is, it’s above the volume button…small flap that opens up and a switch in there that goes up and down.

I don’t think so…I use VoiceOver and audio books on my phone all the time. But I’ll turn that switch off and try again, just to make sure.

Ha! I think that may have been it. Makes no sense to me, but now the sounds are working.

I changed it to “Short Beeps” for all alerts except urgent low (that one was set to “Buzzer Alarm Clock”; no wonder it was so irritating!), and it’s SO much more tolerable!

Having the same problem!!!