I’m starting it right now and hope enough of you will too to have a healthy review and discussion next week.

Honestly this movie is totally ridiculous. I can’t imagine anyone taking it seriously as it’s blatantly propaganda and I’ve heard some of the people he interviews he took them totally out of context.

And I say this as someone who absolutely hates the taste of meat and has no particular attachment to it.

Honestly this movie is totally ridiculous. I can’t imagine anyone taking it seriously as it’s blatantly propaganda and I’ve heard some of the people he interviews he took them totally out of context

I’ve watched it. Not sure it has many merits. The only thing I agreed with is that processed meat is unhealthy (processed anything is unhealthy) an that animals raised for food are treated inhumanely. That does bother me, and I’d like to look for ways to not support that industry with my money. After watching the “documentary” I was curious because I’m in a phase where I"m working really hard to improve my health. So I googled “vegan science” and found nothing. I can support “science low carb” and find hundreds of books, articles, and discussions on the topic. I’m still really curious whether a plant-based diet (not vegan diet) is healthy, because I’ve heard it is, but haven’t found any actual science. (I have similar questions regarding dairy and gluten being “inflammatory” foods, which I hear so often from others yet am unable to find any scientific support for.)

Yeah from everything I’ve heard (including a pretty thorough review by people in nutritional science), it veers so far toward propaganda and is so “fake science,” that I’m loathe to support it or waste my time by watching it.

Pretty much propaganda, agreed. I would like someone to explain to me what “proccesssd meat” includes. Bacon, sausage etc I can grasp the objection to but the film maker tried to throw things like canned tuna in there with them. Removing any meat from anything is by definition a “process” as is picking a fruit, removing the hull from rice etc. I understand there are “processes” that make some foods unhealthy but despise the way the term is bandied around. 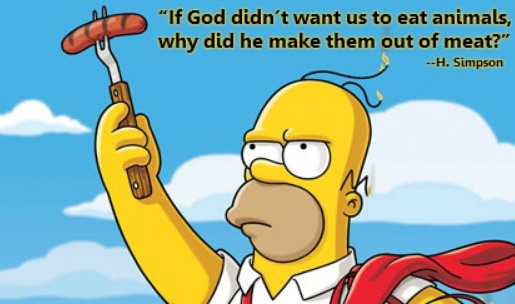 There were some comments about this documentary in another thread:

So apparently there’s a new documentary out there that claims the complete opposite and basically just goes along with the “Fat = Bad. Carb = Good” idea. A doctor in it even claims that carbs cannot be turned in to fat by the body. It is called “What the health” and in the past week I’ve seen multiple people touting it (at TuD for example, posted some links with counter-arguments there). Because, you know, there’s a REAL diabetes specialist in the movie who has done THE definitive research. Hen…

There is some evidence that some people who have vegan diets tend to be healthier, such as Seventh-Day Adventists. That’s it though…

I think the studies that find associations with processed meat mean things like sausage, bacon, or sandwich meats like turkey. I think the key issue is whether the meat has been processed using nitrates and nitrites?

explain to me what “proccesssd meat” includes

I would consider this to be anything that is not on the bone.

Don’t get me wrong - I will eat anything. But if it is already off the bone then really - who knows what it actually is.

I would like someone to explain to me what “proccesssd meat” includes.

I think the key issue is whether the meat has been processed using nitrates and nitrites?

I have a first-degree relative who had colon cancer (they’re cancer-free now), so I’m at increased risk and when I heard about how eating processed meats can increase risk of colon cancer even further (long before I saw the documentary), I started to cut way down on how much processed meat I eat. I pretty much only eat it if I’m travelling now. I, too, consider them anything with nitrites/nitrates. So bacon, sausage, lunch mean, beef jerky, and similar. I still eat canned fish.

some people who have vegan diets tend to be healthier, such as Seventh-Day Adventists.

SDA’s follow a vegetarian diet but do have the option to eat meat; many do, but hard-liners don’t. But also, they don’t drink coffee or alcohol, and they have an enforced day of rest once a week, all of which probably contributes to a healthier life.

You can definitely get plenty of “processed meats” made without added nitrites/nitrates, if you are willing and able to spend more money and buy all natural brands, like Applegate Farms. I doubt anyone has studied whether those carry the same risk though.

yes, obviously lots of confounders so i’m not saying that research is in any way definitive. All I was saying is the hypothesis that vegan = healthier is drawn primarily from some long-term public health studies on SDAs living near Loma Linda, CA. Or at least that was my impression.

Other than that, I’m not sure there are many longevity studies looking at vegans showing any kind of absolute mortality advantage. Lower cardiovascular risk, yes, but all cause mortality, no.

Bacon is too delicious to do anything except eat omnivore.

I would consider this to be anything that is not on the bone.

I don’t think that’s what most people mean though. Most people, I think, expect “processed” to mean that something more than cutting and washing was done to the meat.

I don’t think that’s what most people mean though.

It would surprise me not in the slightest if my definition is substantially different than others.

“No Bone” - is mystery product. You can believe whatever the label says but you takes your chances.

I find other definitions of what is “processed” to be fairly elaborate and subject to significant discussion and debate. More noise than I can handle. In this respect, I go for the quick and simple.

Hey @doc did you ever eat that proccesed salmon?