I have not dug into the specifics of the study. And sometimes studies can be totally bogus. But this claim was of interest and I wanted to share it.

Here is the relevant paragraph:

The study’s findings were striking. Two sweeteners (aspartame and stevia) were found to have no significant effect on blood sugar. However, the other two (sucralose and saccharin) raised blood sugar in all participants who consumed them. (Within the sucralose group, some participants’ blood sugar levels reacted much more strongly than others, suggesting that physical responses to certain sweeteners may be highly personalised.)

Here is the article. Unfortunately I could not find any specifics on the study, just a synopsis. 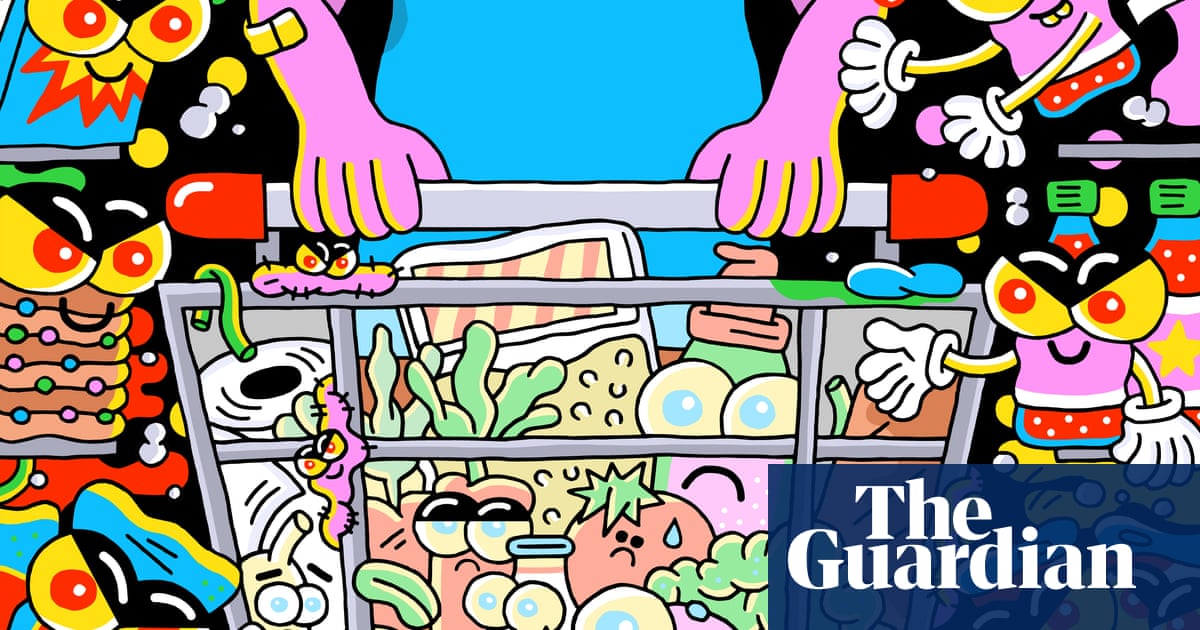 The price of ‘sugar free’: are sweeteners as harmless as we thought?

The long read: We know we need to cut down on sugar. But replacing it with artificial compounds isn’t necessarily the answer

I found a couple, but you need to login to the journal to see the whole thing.

A study of the effects of non-nutritive sweeteners on human metabolism as well as their microbiomes reveals how these can induce individual-specific, microbiome-dependent changes to glycemic responses, warranting follow-up clinical studies to...

Since the late 1800s non-nutritive sweeteners have promised to deliver all the sweetness of sugar with none of the calories. They have long been believed to have no effect on the human body, but researchers challenge this notion by finding that these...

@Mariethm, I could not find anything that described how they did the study. They are asking me to pay to read it. Seems like an odd way of doing science.

Christopher Columbus, 530 years ago…Hey, the earth is not as flat as you may think! If you subscribe to my page, I will tell you what I have found.

I had found a kind of more in-depth article, but I lost it. And the SD one is citing the 2014 study. Bleh. This one at least outlines how they did it a bit.
That’s enough googling for now. Back to cookies!

Non-nutritive sweeteners (NNS) are commonly integrated into human diet and presumed to be inert; however, animal studies suggest that they may impact the microbiome and downstream glycemic responses. We causally assessed NNS impacts in humans and...

There is a similar idea that has been floating around the athletic community for several years. The idea that simply putting a sweet drink in your mouth and spitting it out gave the body a “perception” of carbs and gave the body some small benefit.

I wonder if that is somewhat similar to the effect they are describing with the artificial sweeteners.

Somewhere along my D journey, I was advised to count 50% of sugar alcohols as carbs. I generally avoid artificial sweeteners because I don’t like the aftertaste.

@CatLady That’s because sugar alcohols actually still contain carbs/calories. Some more than others. Of sugar alcohols, Erythritol is the only one that has almost no calories and hence almost no carbs. Aspartame is not a sugar alcohol but is not really recommended to use as it has all sorts of issues associated with it, one of the most complained about food ingredients to the FDA (75%). 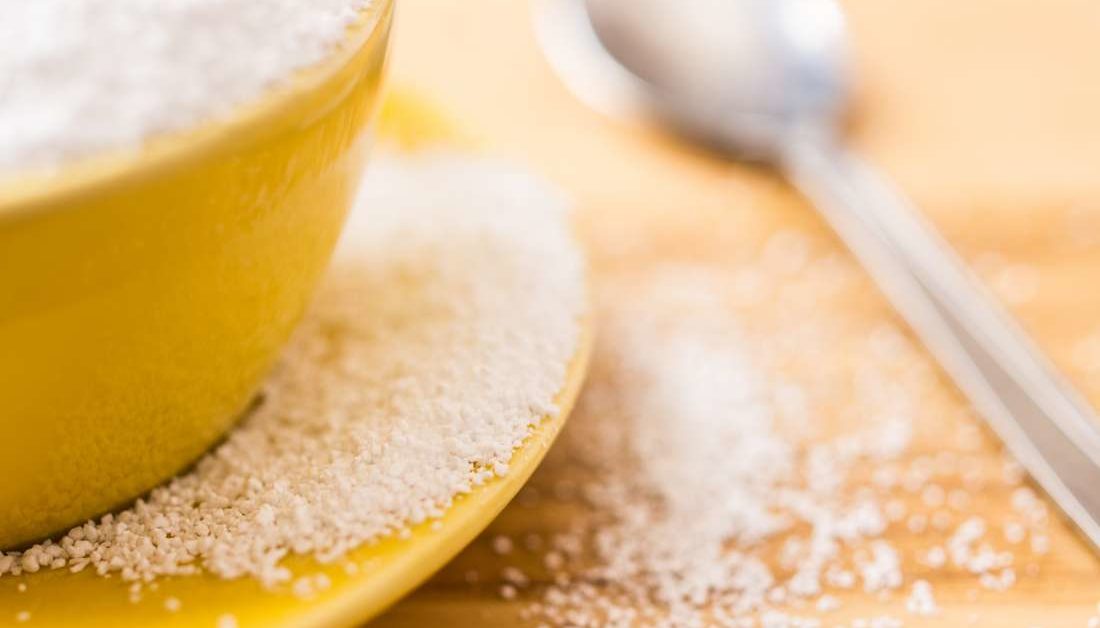 Learn all about sugar alcohols, a substitute for sugar. We look at their uses, possible benefits and risks, and how they differ from standard sugars.

I’ve long been worried about my intake of artificial sweeteners. I use 1.5 Splenda in my morning coffee, which I have daily. If I commute to the office, I usually have a second coffee from Starbucks, in which I have 2-3 Splenda. If I eat yogurt, I use 2 Splenda. All day long I drink some type of SF electrolyte drink and diet pop (somewhere on the level of 1-2 liters). It’s bad. I am trying to cut down, but I have not been successful at my attempts yet and think I have an actual addiction to them.

I use monkfruit substitutes when I HAVE to make something that is sweet (hot chocolate with unsweetened almond milk, unsweetened cocoa powder, and monkfruit type sweeteners.)
The one I use has Erythritol and monkfruit as the only two ingredients. And Erythritol is the lowest carb version on that list.
And I honestly don’t use it very often (rarely is a more apt description.) But I know it doesn’t mess with my BG when I use it.

I stay away from almost any artificial sweetener that I can. I would rather have nothing sweet, or a small taste/bite of something that has real sugar.

We have had a lot of luck just reducing the sugar in recipes by 1/2 to 2/3rds. They still taste awesome, especially when your taste buds have adapted to eating less sugar. The carb differences between the sugar vs the sugar substitute versions aren’t all that different then. We do have a couple of recipes that are awesome that use sugar substitutes, but for the most part we just use sugar.

Erythritol, in me, requires an almost 1:1 bolus as sucrose. Xylitol half. I’ll chew gum with xylitol, but that’s about it.

But I have avoided all sugar alcohols since I figured out my responses very early on.

Early on in my diagnosis, I noticed that “diet” sodas, with either aspartame or Splenda, would raise my BG. At first I thought it was the caffeine, but when I drank caffeine-free versions, same response.

And then I noticed that when I drank diet soda with food, I had to increase my bolus, as compared to same food with water! Splenda/sucralose was worse. I read a study on that in the NIH.

So, I stopped all artificial, as well as sugar alcohols.

Monk fruit and allulose are my go-to. Stevia sometimes, but I don’t like the aftertaste. None of these raise my BG, ever.

@MsCris I use Stevia the most, sometimes Monk Fruit. There really is a big flavor difference in the Stevia powders.

Personally at home I like to use NuNaturals Stevia in packets or powder. For guests I use 3/4 Stevia, then add 1/4 raw sugar so it has the "flavor"of sugar. The Stevia liquid I really like is Sweetleaf. I use a lot of the chocolate flavored one if I drink coffee or to make chocolate milk. But they have a pretty good range of flavors. Kal also has some pretty good flavors in the liquid.

Thanks @Marie ! I’ve tried all those brands and forms, and flavored drops. I wasted a lot of money trying!

While I can tolerate the stevia flavor better in cold foods/drinks, it still has an aftertaste I dislike. In baked goods or hot drinks, forget it - breaks down too much.