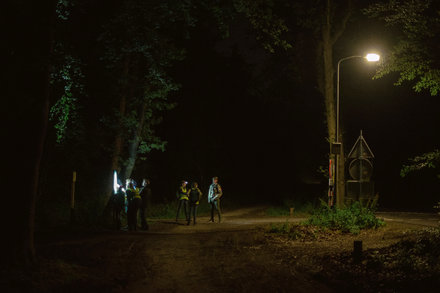 It may sound extreme, but it’s normal in the Netherlands.

The dropping seems like a good way to build orienteering skills. Good stuff.

Everyone setting off firecrackers (and the fire department putting on a fireworks show) on Halloween. Apparently this is unique to British Columbia - friends from other provinces even think it’s weird.

I have heard this is done in some other areas of the world, though. Is it common in the US?

Fireworks are a big part of Independence Day festivities here in South Dakota, both large public displays, and small displays at many houses in rural areas, as well as gravel roads near cities. It’s one of the high points of the year, for 12 year old boys… and quite a few adults, as well.

It does vary from state to state-some don’t allow individuals to purchase or discharge them, etc.

Dropping is a wonderful tradition. Outstanding. Unfortunately it would be difficult to practice it in today’s USA, because the parents could be at serious risk of arrest for the crime of “child endangerment.” In a bad but plausible outcome of such an arrest, the child could be removed from the parents’ family and placed in a foster home where presumably the care would meet the minimum legal standards.

It was different 60 years ago, when it would be normal for the child to be sent outside to play, which could mean a solo hike through the woods, with the sole instruction to be home by dinnertime.

Yes, and it’s a fun game too. How often do you as a child get to walk around freely in the dark at a time you’re normally supposed to sleep?

The article makes it seem as if droppings are a scouting rite, but actually not only scouting groups do droppings. Just any kind of youth group could do this. And I wouldn’t call it a rite either.

We have fireworks for Canada day, Too (July 1). But I was referring more to the Halloween-fireworks thing; that’s what most people think is weird.

One of my Grandmothers was Dutch. As children, when any grandchild thought they were old enough to go hunting on the farm alone, we were first “dropped” in the middle of the night. If we made it back to our grandparents house, we could then hunt alone.

We have fireworks but not on Halloween.

is this actually legit though? I doubt this is universal Dutch practice right?

The dropping seems like a good way to build orienteering skills

And life skills. Which are sometimes the same thing.

Universal practice? It would be hard to put a number on it. The headline might make it sound as if dropping is a rite every child goes through, but certainly not everyone will go on a dropping during his or her childhood. Mainly summer camps and youth groups (e.g. scouts, church etc.) like this activity.