How Do You Celebrate The Holidays?

well Thanksgiving is behind us, Chanukah is half way through, and Christmas and New Years are approaching.

what are some of the special things that you do to celebrate these festivals of light and joy? food, family, gifts, travel, photographs, wearing ugly holiday sweaters, church, temple, mosque, wrapping paper, scotch tape…
and, of course, BOLUS BIG TIME!!!

I’ve always really enjoyed the Christmas season, but I’m discovering it’s even more fun with children. This year, we have an Advent nativity set we’re doing with my daughter - every night, she gets to open up another piece to add to the set (which will be completed by Christmas). Next year (when the baby is a little older and tolerates long drives), I hope to start a tradition of driving around looking at lights. Maybe decorating a gingerbread house or cookies if I can get my act together (baking really isn’t my thing, and with celiac, I would have to make it from scratch).

Other than that, just lots of good food and visiting with family (and presents!). I started testing my blood sugar December 23rd of last year (boy, was that fun…), and didn’t start insulin until February, so this will be my first Christmas on insulin.

We always try to spend a few days away on these celebrations. This year, we are taking the kids to French Canada.

Most people around us in WI think we are crazy to go North, where it is colder and snowier, rather than Florida…

Nothin wrong with a little crazy…

When I spend Christmas with the family, it’s a somewhat crazy religious celebration…with literally a nativity reenactment with wisemen/shepherd costumes and intermittent hymns/musical performances (keep in mind that this reenactment is only for the family- granted the family is huge). My grandparents have an entire nativity scene constructed of wood that they save up for Christmas every year.

I’m not religious, so when I don’t spend Christmas with family, the celebration tends more towards alcohol and less towards hymns. This year, a friend and I are volunteering to paint the dorms of a semi-nearby homeless shelter. I think it’ll be pretty fun actually.

As far as my diabetes goes, the holidays are a free reign time- eat what I want, bolus for what I eat as best as possible. I don’t have much of a sweet tooth though, so that attitude doesn’t tend to be a problem.

my gosh Katers, this sounds magical. and its lovely to hear what you and your girlfriend will be doing for the shelter. perfect for a gift to the community for this “giving” season.

also loved your attitude towards your holiday food and your D. let it go and enjoy. just do the “eric-double-bolus” trick and you should flatline your way through it all

Most people around us in WI think we are crazy to go North, where it is colder and snowier, rather than Florida…

From Wisconsin to Canada, probably not a big difference.

They say that grandkids are the reward for not strangling your children.

They say that grandkids are the reward for not strangling your children.

Nothing truer has ever been spoken.

What do you have planned for the holidays, daisymae?

If the eric-double-bolus trick means double dosing and then correcting hours later for the predicted low, then that trick and I are well-acquainted

I celebrate chunukah, so we light the candels every night for 8 days. its a celebration of lights. we sing prayers together and kiss afterwards.

typically, when i was a child, we received gifts one night at a time, which was a load of fun for us kids. then my father remarried; he married a christian woman and had my step-sister, so we started celebrating christmas as well. it was a blast. i loved getting the tree (otherwise known to us (and many others

) as a Chanukah bush.)we LOVED all of the gifts. my dad was a very creative gift giver so we never knew what to expect. we never went to church/mass but it was enough to be a little version of christmas for us and my youngest sister.

now we usually go to the movies on christmas day and order in chinese food. its a simple day for us. nothing big to bolus for

now we usually go to the movies on christmas day and order in chinese food. 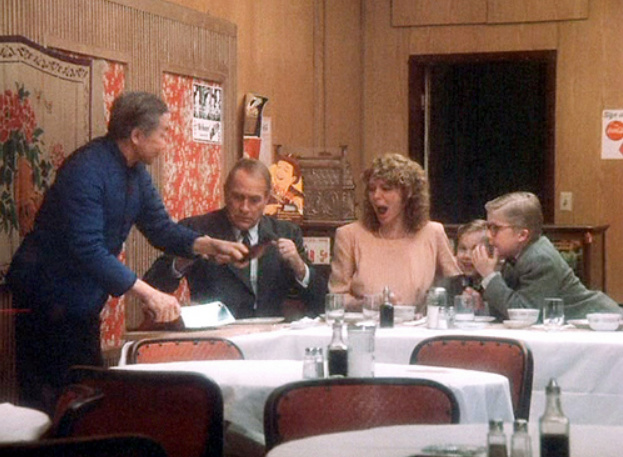 why will i shoot my eye out. dont get it? what am i missing???
DM

I was just about to post the same thing

why will i shoot my eye out. dont get it? what am i missing???

It’s a holiday classic. That line “you’ll shoot your eye out” is explained in there.

SNL stole this from our family celebrations collection.

But seriously, though, not many traditions

You should watch the movie “A Christmas Story”

and hand cuffed to the sofa.

Flying on Christmas day!! One of the main perks of being Jewish during Christmastime is that we can capitalize on the slightly cheaper airline fares to visit family.

For Hannukkah we just light the menorah and put up some decorations. We attempted some latkes but didn’t get around to sufganiyot. Not as big a bolus season as you’d expect.

Not as big a bolus season as you’d expect.

we were going to do the latkes too but ended up with biallies, bagles, nova, sturgeon, creamed cheese, herring, white fish…

double bolused for that one and split the difference with a dual bolus of 40/60% over 2 hours. total flatline the entire day and into the evening. wow. what a shocker that was. i accounted for 85 gms carbs. ( i dont even bolus that much for pizza