I like how smokers are moved up in the vaccine priority.

Way to go, decision makers! Dat’s why I voted fer yoo, cuz yoo is so smart!

There are a bunch of different states where this is going on. You can find all kinds of links. Here is one.

Gov. Phil Murphy announced Wednesday that people in that age bracket – and people 16 to 64 years old “with medical conditions, as defined by the (Centers for Disease Control and Prevention) that increase the risk of severe illness from the virus” – can begin getting their first doses of the COVID-19 vaccine starting Thursday. Some of the pre-existing conditions include cancer, heart disease and kidney disease. Millions of smokers are also now eligible.

The high-risk health factors that ACIP says would qualify someone age 16 to 64 to be part of this group include: obesity, severe obesity, type 2 diabetes, COPD, a heart condition, chronic kidney disease, cancer, immunocompromised state as the result of a solid organ transplant, sickle cell disease, pregnancy and smoking (either currently a smoker or with a history of smoking).

Since I like to be an out-of-the-box thinker, I wanted to start a smoker thread. I am not a smoker, but I am willing to learn!

Anyway, let’s learn from each other. Any tips on how to start? Camel or Marlboro? All tips welcome!

I am not a smoker, but I am willing to learn!

Really… don’t you have 2nd hand smoke syndrome ?
In the old days where office workers, stores, walking on the street, were all times/places where we were exposed!!!

I was surprised there are still states where outdoor public places allow smoking. Ruined my vacation one year. Unfortunately 2 family members still smoke, and tough to completely avoid exposure.

Maybe you can try one of these electronic smoking devices if that qualifies.

@Eric some states are putting both T1 and T2 in that category. The same states that put inmates before most of the population

Maybe you can try one of these electronic smoking devices

This is the new look I am going for. 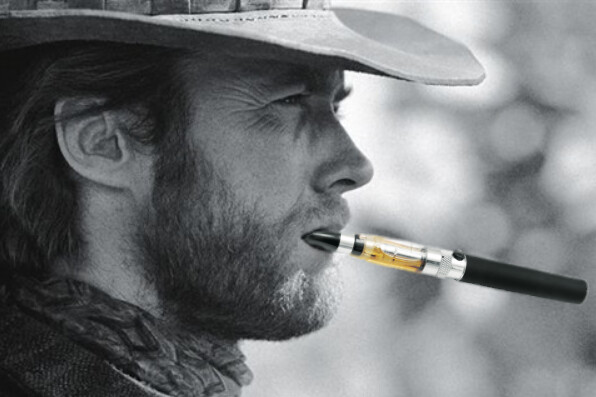 From the movie “Two Mules For Sister Sara”, my new e-cigarette edition.

The same states that put inmates before most of the population

See, that’s why I come to FUD, for those awesome out-of-the-box ideas!

Hardest thing I ever did was quitting smoking. I started when I was…get ready for this…SEVEN years old. I had 5 older brothers and in the 70’s we were kicked out of the house during the summer/after school and my brothers did all kind of bad things…smoking, dipping, chewing, drinking, stealing, etc.,…and I was pulled along with them and started yes, that young. So, that was 1979. Then I smoked until 2006. Most of the time 1/2 pack per day (Marlboro always…never Camel because just…no.) Sometimes during my Military deployment days, 1 to 2 packs per day. Then I finally quit cold turkey (after the 10,000th attempt at quitting cold turkey over the decades before that) on March 6th, 2006 (yes, I remember the day…it’s that important to me) and it was the toughest thing I ever did as far as habit-breaking goes.

I never recommend anyone even take one puff now that I’m going on 15 years removed from the filthy habit.

Sadly, at one point in my life, I dipped, smoked AND chewed…all at the same time…just to get a buzz. Dip in one side of my mouth, chew in the other side and puffing on a cig.

Dipping and chewing didn’t stick with me although I did a bunch of it when I was younger. Only smoking stuck with me…and I’m glad the other two were easier to lose.

I started when I was…get ready for this…SEVEN years old.

Just show up for your shot puffing on a pack of these. 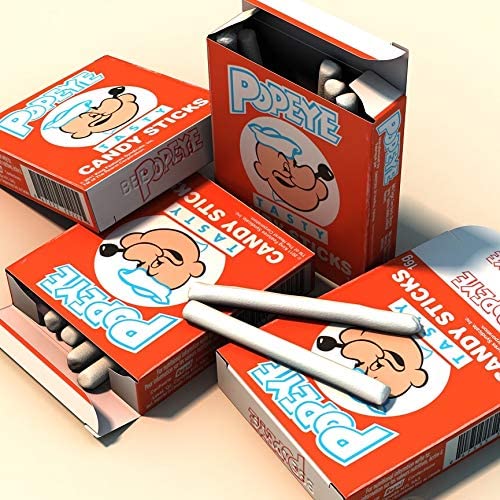 Since the vaccines have been rushed to market, I’m OK with the guinea pigs they selected to test them out first.

I don’t believe this. I believe IF politicians could have sped it up while not maintaining it’s efficacy they would have, but the scientists (grown-ups) didn’t allow that. I trust the mainstream scientists who believe it’s safe and have gotten the vaccines themselves. When it’s our time, we’ll be getting it.

Warp speed was actually good in opening up the potential of the scientists in searching for this vaccine so I’m grateful for that aspect of warp speed. Not so much in other aspects…such as how to roll it out, administer it, etc.,

I am not saying the vaccines are not safe. I have no way of knowing that. But I have also seen statements by the same scientists that the vaccine protection would last for 2 years. How on earth would they know?

But I have also seen statements by the same scientists that the vaccine protection would last for 2 years. How on earth would they know?

I’ve not heard any mainstream, recognized scientist say that. You’re right though, every recognized and legitimate scientist I’ve heard has said we just don’t know and they don’t want to put bad information out there.

We will find out soon enough, won’t we?!

I dipped, smoked AND chewed

You certainly get an overachiever award for that. I dipped once in my life, got dizzy and said this ■■■■ isn’t right, and quit. It was “beginner” chew, i.e. cherry flavored dip. Vile stuff.

So 1 cigar a year not only cost you the price of the cigar, but a $50 a month heath plan premium for being a “smoker”…