My insulin experiment for Michel...Relax everyone!

Since Michel brought up getting the refrigerator to store insulin, I recalled something I mentioned a couple of months ago on another site, and something I wanted to demonstrate. Today seemed like a good day.

This insulin expired December 2013 (expired OVER 3 years ago!). I removed it from the refrigerator and left it at room temperature since January 17th of this year (about 2 1/2 months completely UNrefrigerated!).

I had no IOB this morning, only basal. I drank a delicious root beer - and not the crappy diet kind either. 43 grams of sugar! 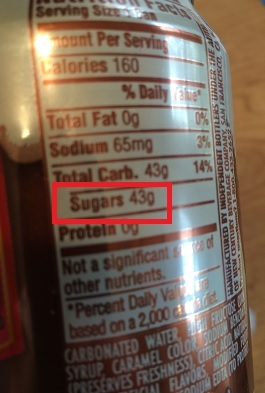 I took 7 units of the expired insulin, which is more than I would normally take for a sugar soda, but since it was old and unrefrigerated, I thought I’d take a bit more just in case it was weaker. (NOTE: I did not do it intramuscular or intravenous, I did it the normal way, a simple subcu shot.)

Here is my BG trace from the event. The drop was so extreme I actually had to eat a chocolate doughnut around 11am - another 24 grams of carbs! 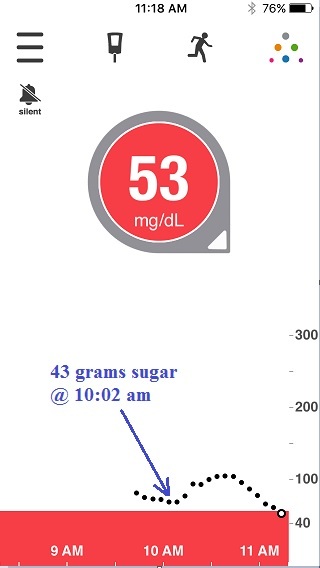 I did BG checks along the way and they mirrored the Dexcom pretty close, just a little bit ahead of the time. It is now 2 1/2 hours after I started this experiment with no further dosing from anything else. I am at 55 and need another doughnut!

Moral of the story…
Relax with the refrigeration concerns and the expiration dates. Those are FDA requirements for labeling.

Note:
I did this with Humalog. Not sure how it would be with other insulins, but I suspect NovoLog would probably be similar. I think freezing the insulin would kill it, and I also suspect light would be harmful, but I can try those things next.

Forgive mistakes in grammar or spelling, BTW. I am now in my 50’s and dropping when writing this!

6 Likes
Insulin below freezing -- should we risk it?
The Great Frozen Insulin Experiment....part 2
Expired drugs
Figuring out the consumed volume of an oddly-shaped container
Michel March 30, 2017, 4:52pm #2

I guess this is no worse than waking up my 12-year-old a million times at 3:00 am

Actually, this is an enlightening experiment. I would give it 5 stars if we had a way to do that!

Thank you for performing this experiment. This mirrors our experience, i.e. taking a vial of insulin on multiple trips before eventually using it, and not seeing any performance difference. My belief is that the modern insulin we use is quite robust. The performance you have demonstrated is quite a bit more robust than I would have thought. Very interesting. Also, in case someone wants to know, we accidentally froze some insulin. It did not survive that…

Also, in case someone wants to know, we accidentally froze some insulin. It did not survive that…

I suspected this might be the case. It’s nice to know that for a fact though.

in case someone wants to know, we accidentally froze some insulin. It did not survive that…

Chris, just thinking: could you discuss this in a thread? This would be worth having as a thread head: good data, worth making it a better search target. In this thread it will be hard to find.

I’m going to have to try some expired insulin. I love chocolate doughnuts

I am still laughing at this

Sure, I will do it right, the next time we get close to the bottom of an insulin vial, I will freeze it, take a picture of the cloudy mess, and if my son is up for it, try to use it. Then post the results.

I plan on saving all my son’s unused insulin vials. In the event of a job loss I’ll take expired over no insulin any day. Also stockpiling for the inevitable zombie apocolypse can’t hurt.

Man you have no idea! This is STILL hitting me. All the chocolate donuts were gone, so I had to move on to the powdered donuts. I was still dropping, so I then started nibbling on some cake. It ended up with me just shoveling food into my mouth. I lost total track of the carbs. My experiment ended and it turned into survival mode. I am just now getting back to normal (and my normal is probably not really “normal”).

7 units was WAY too much for this!

Eric, Forgot to mention, I showed this to my son today, and he is insanely jelly, when he has tried a coke even with a 30 minute prebolus he has ended up over 250. Then to get donuts on top of that…

Over dosing is the key. I want to post on this sometime.

The way insulin works, the half life is about an hour. The rest of it takes the remaining 2-4 hours depending on your insulin duration.

In the same scenario I described above, I would do it differently. I’d take twice as much (recall I mentioned half-life, that’s where the twice as much comes in). So if you took 4 units instead of 2, in the first hour, half of that is used, and you cover the 30 grams (2 units x IC of 15 cancels out 30 grams). But you have half of the insulin left. So you have a snack a bit later.

I mentioned that I over-did it with 7 units. If it was new insulin I would have taken 4-5 units, which is still more than my IC requires, but it would help get it in faster.

So the trick is, more insulin than you need, and then a bit of food a little later when you start to drop. INSTEAD OF exactly what you need followed by a high and eventual gradual drop…

This is probably confusing. I’d like to discuss this sometime and post about it. Lemme know if I have made sense at all!

Eric, Thank you for the explanation. It made sense, but bear in mind I am crazy, so that may not be too much of an endorsement. Also, helpful information.

That’s why you are high for part of that 4 hours.

For purposes of purely science… I’ll need to test this before trying it with my son… May even be a bigger high as a non diabetic.

Man you have no idea!

Oh man, I knew exactly what you’re going through. A few months ago I ate over 400g of carbs because my Bg would not go over 50. After a couple of hours of this, with bg at 35, I cancelled the rest of my patients for the day. The carbs didn’t catch up until late that night.

The carbs didn’t catch up until late that night.

How high did you end up going?

I got up to about 180 before I treated it with a correction. I didn’t correct all at once because I was afraid of overdosing, but managed it down to normal in about four hours after the initial correction. I never got over 200.

It was a wild ride! Oh, and have I ever mentioned that I think diabetes sucks?

Wow… Can’t wait until 180 is what constitutes wild rides for my son!!

8 posts were split to a new topic: Puberty peaks

Actually, I was more referring to the low side of the ride. I spend way too much time over 200. When I was in my forties (pre-dexcom) 300+ was not that unusual.

Which brings me to another question. I certainly have not been the paragon of good diabetic control over the past 46 years. Not terrible, but certainly not great. I would like to know what it is (besides blind luck) that has kept me so healthy and free of the usual complications of diabetes.

I mean, I see a lot of people who don’t have diabetes who are my age or younger, and I’m invariably in better health than they are. I don’t know that it’s genetics-- my parents both died relatively young. Could it be the voodoo of a very positive attitude? Could it be the preventive meds I’ve been on for years? ( like antihypertensives, including ACE inhibitor, statins, even SGLT-2 inhibitors recently). Do I have relatives from Krypton?

I would like to see more from the the Joslin 50 year medalist study, hopefully with some iron clad reason why some of us are so lucky.