Dexcom App For All Android Phones

I immediately downloaded and installed it and it works perfectly on my Moto G5 Plus.

Pretty awesome! I am really glad to hear that, since I just picked up a G5+ for the purpose of evaluating Android collectors for Dexcom.

[EDIT] Have you tried all the functionality of the app, including alarms and alarm setup? Does it all run 100%?

I hope that I can pay for a replacement push button G5 out of pocket since I have decided not to use the G5 touchscreen I recently received. Tech support says that they still have some of the push button version in stock.

Did they tell you how much they want for the old push-button receivers?

@Michel, my install is working perfectly, including adding 2 followers. I am now getting weekly Clarity reports and do not need to upload to Tidepool as often for my Endo. Woohoo!!

I’m going to call customer service tomorrow to find out how much they want for it. Since I’m barely out of warranty on my push button G5, I hope they’ll make the offer for a push button version. Luckily, I picked up a barely used G5 push button receiver for $75 on eBay earlier this week. Since I don’t think Dexcom will make the G6 in anything other than touchscreen, I figure I should try to play it safe and stockpile the push button G5. I’ll let the forum know if I can get a push button G5 and, if so, how much it will cost out of pocket.

@mwashburn it would be interesting to know if Dexcom intends to OTA update the newer G5 touchscreen receiver to a G6 receiver for in warranty receivers. My G5 pushbutton receiver just decided to do the bootloop of death…sigh.

Yes.
The (new) Dexcom Touchscreen Receiver will be able to be updated remotely so as to be compatible with the (as of yet unreleased) G6 Transmitter.
[Always subject to change until actual G6 release.]

2 posts were split to a new topic: Can the Dexcom G6 transmitter work with the new touchscreen receiver?

Unfortunately, in the last 24 hours my Moto G5+ phone has lost connectivity with the “hacked” Android app. I’ve uninstalled it, reinstalled it and still no luck with connecting to the same transmitter that was connecting yesterday. I have no idea what’s going on and may have to contact the programmers that modified the app.

I also found out that, although Dexcom still has stock of the push button G5 receivers, they’re only being sent to Medicare patients. That’s another Dexcom action that I find questionable since it seems that it would be easiest to supply a large new group of diabetics with the receivers that are most plentiful. While I was talking to tech support and customer support simultaneously, it was obvious that there are MANY people with the G5 touchscreen that would rather be using the push button version.

I meant to say that my Moto G5+ phone has lost connectivity with the hacked Android app.

@mwashburn, you can edit an older post by doing the following:

@mwashburn You might try enabling location on the phone. Some Android BLE implementations rely on this. Also re-pair the Dexcom transmitter with the phone in Bluetooth Settings.

If the phone was receiving a signal previously there is probably a minor reason it stopped. It should not be that difficult to find.

A simple restart of the phone re-enabled the connectivity between the transmitter and the phone when using the hacked Android app. Thanks to Doc.

Is there a modified G6 app that is compatible with all Android phones? I have the Samsung Galaxy S4.

@G6newbie I myself had a Galaxy Note 4. It’s what got me started using a watch with xDrip+.

The S4 has a particularly buggy installation of Bluetooth. I think Dexcom software engineers took a look at it and said no after they finished laughing.

You might try the hacked G5 version referenced in this thread.

Will the hacked G5 app work with the G6 sensor? Dexcom tech support is useless stating that I have valid concerns and issues but the software team needs to fix the problems. I appreciate your assistance.

But the guy who developed the G5 hack for any Android will help you out.

Just fill out his form here:

Build Your Own Dexcom App

Use this form to build your own Dexcom Android application that works with most Android devices and customized to how you want it. Your custom application will be built, uploaded and a download link will be emailed to you within about a couple...

He’ll make the app to fit your specifications. I guess it just takes changing one line of code.

@docslotnick Thanks for the link! I have never seen this app builder before

Unable to get DexCom G6 App to work on the OnePlus 5 Android Phone. I tried different variants from the “Build Your Own Dexcom App” form but none have worked. Any help would be greatly appreciated. Thanks.

There are some additional options here… 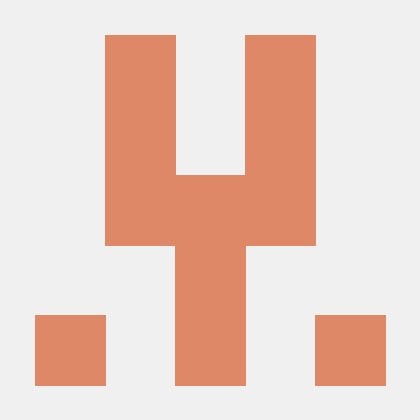