Bolus for coffee or tea?

Those of you who bolus for coffee or tea, is this for the “accessories” like milk or sweetener etc, or is there something about coffee or tea itself (caffeine?) that increases BG?

I drink pretty large amounts of black coffee and never bolus for it, or see any affects from it.

I bolus for tea, but only because of the milk. I haven’t noticed the caffeine affecting me.

I add about 3g carbs to my mealtime bolus when I have a cup after lunch or dinner. If I have a cup at a different time, it’s usually to gently nudge my blood sugar up with a cup of tea with milk and a cookie.

I’d claim that caffeine releases cortisol. For me at least, I generally won’t have coffee or tea unless the number is either 80-100, dropping, and/or there’s some insulin in the system…more exaggerated in the early hours of the day.

I put about a tablespoon of half and half for a cup of coffee in the morning. I do have to bolus for it, usually about 1U, which seems like a lot, but some of it is just for FOTF morning phenomenon.

I can eat some honey but a little.

I bolus 5g for the accessories

I definitely need insulin for coffee. I assume it is due to the caffeine and the splash of milk.

On mornings after I’ve had wine in the previous 12 hours, I do not need insulin for coffee. It seems my liver is so tied up purifying the wine out of my system (even just one 5 ounce glass) that it does not get “triggered” by my morning coffee the next day.

So I’m guessing for me it is mostly the caffeine.

In the past when I’ve attempted Keurig tea…like Earl Grey with nothing added…it sent me to 300. Sooooo…guessing caffeine but I’m sure more avid tea drinkers on here know more about it than I do. I don’t care for the stuff enough to pursue figuring it out.

Numbers vary for coffee. I do 2g for espresso, which matches StarBuck’ss number.

Alas the Earl added Bergamot to his tea. Go figure, whatever turns you on etc. From a source I shall not reveal; “citrus bergamia, the bergamot orange, is a fragrant citrus fruit”. It’s an additive; you don’t know what is in it.

For me the 2g of sugar I add to my morning beverage rarely sends my BG over 200, but it sure as hell sends it up.

For me, it’s 1 cup/day 1st thing in the a.m., with light cream and Splenda. So no carbs to speak of but I’ve always bolused for it as 32 grams/carb. Seems like a lot but I worked up to it empirically decades ago and it just seems to work. No idea if I’d have to do the same for a cup at mid-afternoon or whatever b/c I just hold myself to that one in the a.m. So it may be partially a DP or feet-on-the-floor thing that I’m actually compensating for rather than the coffee itself. But it seems to work so I just adhere to the habit. If it ain’t broke don’t fix it kinda thing.

BTW, hi all, glad you’re still cranking along here at FUD. Haven’t been by for a while!

… I don’t know enough about you and realize people, particularly we T1s, can have some odd reactions to things. But (there it is), I studied and worked with the forensics angle of blood alcohol content for my Masters and law enforcement, and up to 12 hours of alcohol influence on one 5 oz wine drink is really stretching the response scenario for just about anyone’s metabolism. Like you, I’d bet its something in the coffee, caffeine or otherwise. And, “YES”, most (not all) tea has significantly more caffeine that most (not all) coffee. I drink a lot of both, my first cup in the morning shows about 20-30 pt rise if I don’t dose for 3-5 carbs, alternately, its FOTF in action; the rest of the day/evening, not so much.

Hmmm. The internet seems to think that a cup of coffee has more caffeine than a cup of tea.

How much caffeine is in your cup? 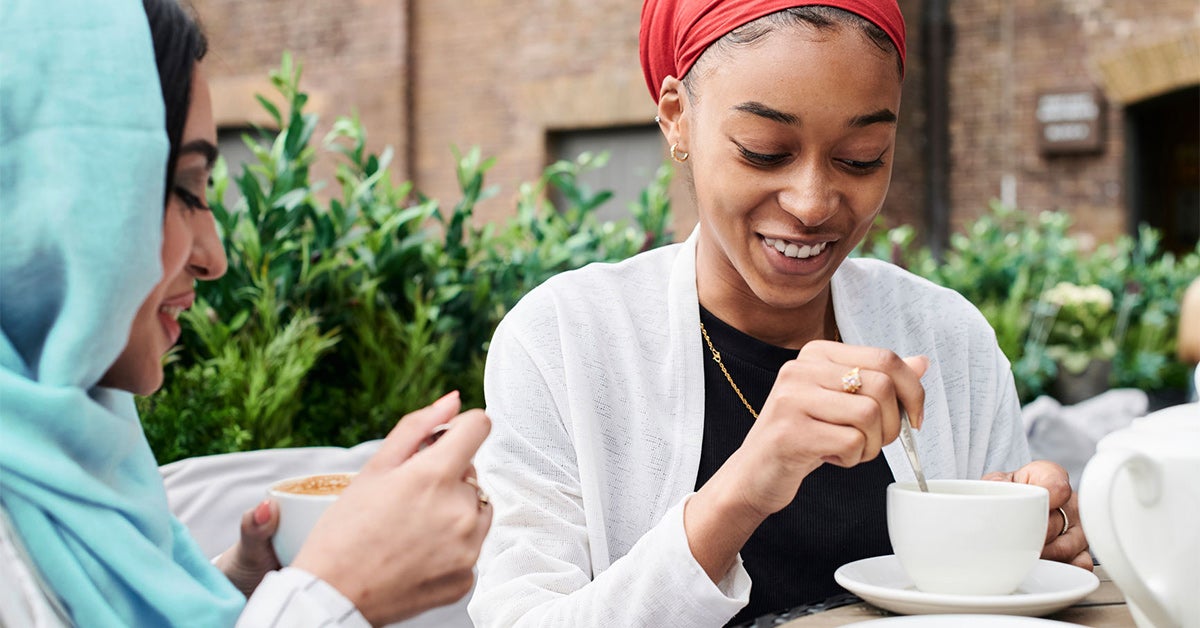 Caffeine in Tea vs. Coffee: How Do They Compare?

I can’t argue the citations, and bow to what seem reputable sources. I spoke based on studies of previous years. I will note the results depend greatly on who’s doing the brewing, how its brewed, and sources of the beans and leaf. In the end, its the person’s make-up and effect, but thanks for pointing to contrary info.

I don’t claim to be able to explain it…but I’ve studied my wine response LONG AND HARD and all I can tell ya is what happens afterward!

Two glasses of wine is WAYYYYY too much for me nowadays. I could drink that without flinching 10 years ago…not now.

I also cannot drink wine more than one time per week (I average a glass a month now) bc if I have wine two nights in a row…particularly if it’s two glasses on one of those nights…then from 2AM-3:30AM I have the WORST, most uncomfortable tachycardia ever. Like my heart is pounding out of my chest and it’s really better for me to go sit up somewhere until it settles down…bc sitting up seems to dampen the thud a bit.

I think I’ve read that that’s called “Holiday Heart” bc a lot of people who don’t typically drink but then imbibe over the holidays suddenly experience the middle of the night tachycardia and think they’re having a heart attack.

Maybe my system has something else going on. But it didn’t used to be that way with the tachycardia. But I’ve always seen the dampened liver response overnight and in the morning. I cannot bolus with my normal ratios until 11AM or later after evening-before wine…and that’s even with having turned down my basal. I’ve ended up laid out with crashing lows enough times to respect my empirical data.

Also, if I drink coffee (black with a splash of 1% milk) without having bolused for it, I’ll see an 80-100 point rise. More on high hormone days.

Except on days after wine the night before. Then I can drink a whole pot with a ton of milk in it and I’ll still probably go low.

@T1Allison Didn’t mean to say I didn’t believe you, you’re just off to one side of the spectrum (of course, we all know you’re “special”

). The impact of alcohol varies widely based on age, size, male/female, ethnicity, etc., and how long/much you’ve been drinking. Most that don’t/haven’t drank in some time get affected more easily; some require significant amounts for any effect. The record when I was studying/working was a guy stopped for a non-DWI offense, no bottles in the car, seemed well kept, but the alcohol smell nearly knocked the officer over. The guy was walking, talking, and acting as normal as anyone. The officer used a breathalyzer at the station and the guy blew a 5.1 (.8 was drunk). He was taken to a hospital for safety where a blood test showed 4.9, he was on his way “down” from a high. He should have been comatose or dead. Turned out he was a long-term alcoholic, no other medical issues (should have been), and needed that high of a level just to feel and behave “normal!” The body does some weird and wonderful things!

we all know you’re “special”

I wasn’t concerned about “not believing me” or anything.

But as far as metabolising alcohol…and whether or not that’s the same process in the liver that affects whether it dumps sugar in the morning in response to caffeine…if that’s even the right phrasing…I have no idea. I figure if you did a masters involving these processes, you know more about it than I do!

But empirically it does change my body’s response to my daily morning ritual of coffee.

I just think it’s interesting. And therefore I enjoy discussion of it. I hope I did not come across as defensive or anything.

@T1Allison Let’s get to the important stuff: What kind of coffee do you like?
Drip, French Press, Keurig, Nespresso, Espresso, Starbucks, other?
Weak or “hold a spoon upright?”
Black, milk, 1/2&1/2, cream, powdered, other chemical (hey, this is a family show)?
What’s your poison: White, Yellow, Green, Pink, other?

I always liked the first LE Flight Chief I worked with: LT, you drink coffee? You will! You use sugar? You will! You use creamer? You will! He proceeded to assign the newest Airman to clean out the 30-cup coffee maker. Next pot tasted like…(family show, remember?). Flight Chief: Airman, what did you do to my coffee pot! Airman: I scrubbed it out it was filth… Flight Chief: You @#&$* @*#$, you’ve destroyed it! We’ll spend the next 3 months building up flavor! Don’t ever touch my coffee pot again!

Starbucks Pike Place beans, ground nightly at home, strong coffee but not “the spoon stands up on its own” strong…1% milk is my preferred additive.

Keurig coffee is an abomination. Just in my humble, opinionated opinion.

My husband likes French press and takes his equipment with him when he flies to make decent coffee for himself and his F/O in the middle of the night. I think French press is too oily for my preference.

And here I thought I was open-minded. Hmmm.