Recently, @Engel was showing cool pod cases. How about PDM cases - any recommendations?

The only one I know that seems functional is this one: 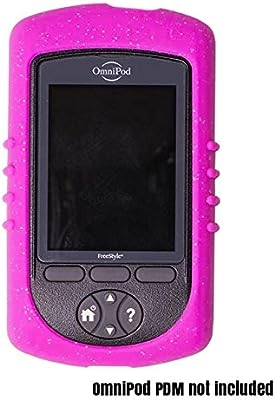 to be completed with this battery compartment door (the case does not have a back): I wish I could find a more protective case. We break everything here

How about PDM cases - any recommendations?

The “no back” is a bad idea! It will not protect it as well.

You don’t need easy access to the back because you only change batteries every several weeks. Like a month or so! When you change, it’s easy to pop out of the skin and put it back in.

The gel-skin you get from Insulet does has a back. I’d recommend using that one

I confess I’m happy with the gel skin my PDM came with. It serves its function, but I don’t do anything that risks breaking it. (Perhaps I need to live more dangerously.) I’m not sure how useful it is to have an open back – the standard-issue gel skin slips off easily enough for battery changes, which aren’t that frequent anyway (at least for me).

The battery cover is a cute idea and would appeal to many. Although if you have a simple label printer, you can do the same thing for a lot less money. (About once a year I become a penny-pincher. There, you witnessed it.)

(About once a year I become a penny-pincher. There, you witnessed it.)

The rest of the time I am a gadgeteer…

OK, I broke down and ordered one of these customized battery backs in bright yellow:

I also found out that TallyGear does carry both a Spandex version and a neoprene version, although neither is on the web site. Here is the Spandex version: 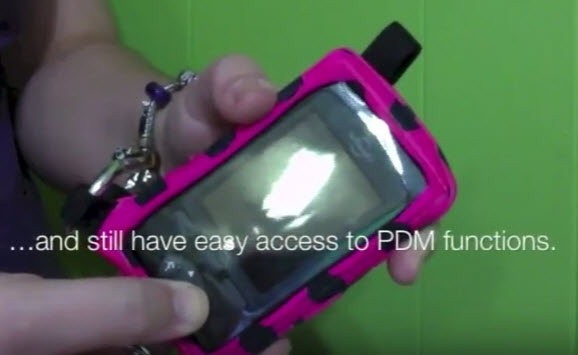 I am trying to order a neoprene case, which would also solve the problem of not losing the PDM, because you could tether it (or put it on a belt).