Just wanted to give folks an update on how we are monitoring Samson at night.

We’ve finally hooked up this D-Link WiFi Siren to our network. We then used IFTTT to take data from NightScout and send commands to the alarm to go off.

Last night it woke both me and my husband up when Samson’s BG allegedly plummeted from 113 to 70 in one time stamp… A finger prick showed him at 109 and he had no IOB, so it was probably a compression low, but STILL! It woke both of us with no effort – usually I have to recreate the Loma Prieta earthquake with intense shaking to get my husband up. And a bonus is that, since it’s in our room, it didn’t wake the kids up.

IT also alarmed a second time, this time when Samson was only at 90 BG, but his number dropped from 106 to 90 in one time stamp. So it seems to operate based on the prediction of a low in 15 minutes from Night Scout, and alarms then. I think it is customizable though so that we could have alarms that go off at the basic low threshold (rather than urgent low) too if we wanted to be ultraconservative.

However, this is going to give me some peace of mind, I suspect. I like that the alarm goes off when a prediction of an urgent low is met; so if he’s drifting in the high-70’s but not quite crossing the threshold to 80 it presumably won’t alarm (at least, I think that’s the case but we have to wait and see). We’ve currently configured it to alarm for only 30 seconds, but that may not always be enough to wake one of us up. We’re still working out whether it’s possible to set up snoozable alarms – for when he goes low, we treat him with carbs, and then just want to be woken up in 20 minutes if he hasn’t risen above his low threshold. We’re still using my husband’s NightWatch to do alarms at less than 80, etc.

Hope this idea proves useful for others too – I’m still not clear on whether you’d need the openAPS setup, or if you could just use it as long as you have NightScout configured. (If it’s the former, than far fewer people might find it useful; if it’s the latter, than presumably anyone with any pump, any CGM, and an Android phone with NightScout installed could make use of this.)

This is really great!

We then used IFTTT to take data from NightScout and send commands to the alarm to go off.

I am jealous of THIS. The only way I could duplicate this would be if I set up an extra Android phone next to my son at night, set up with NightScout.

Now that I think of it, maybe I should just do that.

you could probably get away with just buying the phone, not an extra plan, assuming you had reliable WiFi?

I am jealous of THIS. The only way I could duplicate this would be if I set up an extra Android phone next to my son at night, set up with NightScout.

Michel, does K not have an iPhone? If he has an iPhone running the Dex app, he could share his data with up to 5 different iPhones (I think it’s 5).

But maybe this setup would be cheaper than an iPhone, I don’t know.

Michel, does K not have an iPhone?

The problem we are all facing is that, when we are really tired after multiple nights with little sleep, we miss alarms.

Ah, I gotcha. You are getting the Dex share but sleeping through it.

You can get the thing that turns on lights from audible alarms. $50. I can find the link if you want.

You can get the thing that turns on lights from audible alarms. $50

it won’t always wake me up

After a week of 3-hour nights I need the siren…

Well, I said lights, but it is actually an electric plug that connects to a socket. So you could hook whatever you want to it. A radio cranked up or whatever.

So instead of plugging in a lamp, you plug in something that makes noise and the outlet gets turned on. You could plug in a radio, a vacuum cleaner, whatever you want. 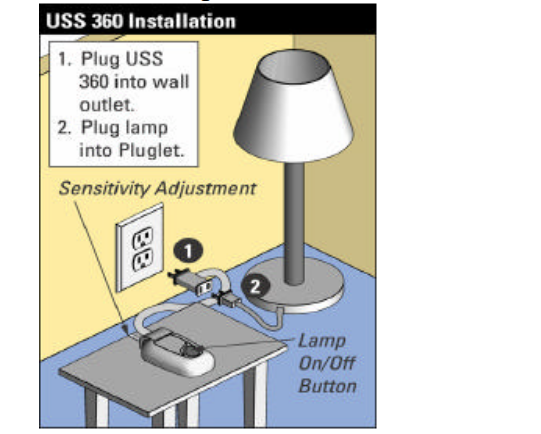 3 Likes
High school son won't wake up to alarms: help!
A frightening experience at sleepaway camp
Balancing the needs of your children (T1D and not)
Bradford June 6, 2017, 12:22pm #10

The only way I could duplicate this would be if I set up an extra Android phone next to my son at night, set up with NightScout.

I am not sure you really need an extra phone to do this. If your nightscout site is configured to receive data from Dexcom servers, then you can just use a “Maker” key from IFTTT to push alarms to the WiFi siren. No extra device necessary.

But I thought the Dexcom servers are 3 hours behind?

There is a 3 hour lag between apple health kit to sync with dexcom, but if you are uploading straight to dexcom then the data is there immediately

Very cool. It looks like I need to order the siren