Volume of insulin left in pods as calculated by Loop?

I have a word problem for everyone:

How many units remain in the pod?

Currently Loop says just 16.4 units remain. My rough calculations suggest there should be at least 10 units more in the pod.

I guess what I’m wondering is if anyone knows how Loop calculates the insulin left in the pod, and how accurate that estimate is? It’s perhaps just an academic question, but maybe not if I’m trying to put less insulin in each pod and get closer to the bitter end; I want to make sure that there actually is the amount of usable insulin in each pod that Loop says there is.

So, does anyone know where Loop gets this calculation from?

Interesting question. Can’t wait for a more learned member to answer this one.

@TiaG,
Let me shock you. The OmniPod - both pod and controller - actually have NO idea how much insulin you put in it when you start! It only knows - did it go past the minimum fill mark? And that is based on the plunger inside moving past a certain point.

And then after that, it still has no idea how much insulin is in the pod… UNTIL the plunger gets to the 50 unit mark. Again, based on plunger position. So that 50 unit mark is just another rough estimate. And that rough estimate is always going to be under-estimated.

The pod sends a signal saying it is at the 50 unit mark - and from there, the controller (either the PDM or the phone in your case) does the math.

The other thing is that the number of units remaining has a built in safety, like a car’s reserve tank. There is always a little more insulin in the pod than what it says. There is no way Insulet could get away with a pod saying it had 7 units, and it actually only had 2 units. They would get fried by customers and the FDA if they did that.

So when it says 10 units, you really have a little more.

Currently Loop says just 16.4 units remain. My rough calculations suggest there should be at least 10 units more in the pod.

Just like when your car tank says it is empty, there is enough gas to get you to the grocery store, stop off at the dry-cleaners, and then drive to the gas station. Just because that is human nature.

Here is some FUD discussion on the reserve tank:

I have been tracking this down for a while. Finally got a somewhat official answer, which matches the tests and numbers I came up with on it. If you are a OmniPod user, the conclusion may possibly be of use to you at some point. The OmniPod PDM shows units remaining. But is it never exactly correct. I always noticed a bit more insulin in the pod than what is actually displayed on the PDM. But the “how much” was somewhat of a mystery. So I started loading my pods with very specific amounts wit…

Thank you! This information was very helpful, especially about the ability to customize the expiration notice time I. need to set an expiration notice at 60 hours, because we’re getting bad about letting it go to 72 hrs even though the 3rd day clearly doesn’t work as well for Samson. Site changes are such a hassle for him, but I know it’ll be better for his blood sugar to not get to that 3rd day.

We are at the point now where the 100u of insulin we are putting in is running out BEFORE the 80 hours is up…so we’re going to need to add another 20 or so into Liams each 3 days.

WOW! He must be growing. We’re still at the 12 units per day mark on average, though we do have plenty of higher days. But Samson is a shorty so I bet that’s why.

I just did some quick math based on the NS reports:

Some of those boluses are more like microboluses though, right? Like if he were not on the autobolus branch he’d likely have a higher basal rate, no?

I haven’t done analysis on it, but for instance…his breakfast is 2 eggo waffles, a 3/4 cup of chocolate milk (with 2 scoops of Nestle chocolate powder in it) and a vitamin. That’s 54 grams. For him (for only his breakfast meal because it is such a significant spike), I do a .15 for each carb which equals over 8 units of insulin just for breakfast. Yes, loop gives the micro-boluses all day long and yes that counts toward his bolus numbers. If we weren’t looping, the numbers would definitely look a lot differently than they do now…and I like where we are now!

Hmm… Samson eats about that for breakfast but gets around 2 to 3 units for that meal. So his breakfast carb ratio is like 1: 6.5 or something?

What is your ISF?

Because his breakfast times vary from day to day, yes, have an I:C and ISF rates… I’ll link the info in a bit. But for his first meal of the day I use a .15/carb calculation because I know >8 units is needed for him to avoid a serious spike after breakfast for 54g. Lots of testing to just know that. He usually needs 2 sugar tablets on the way back down.

All other meals during the day I let the loop settings do their work. 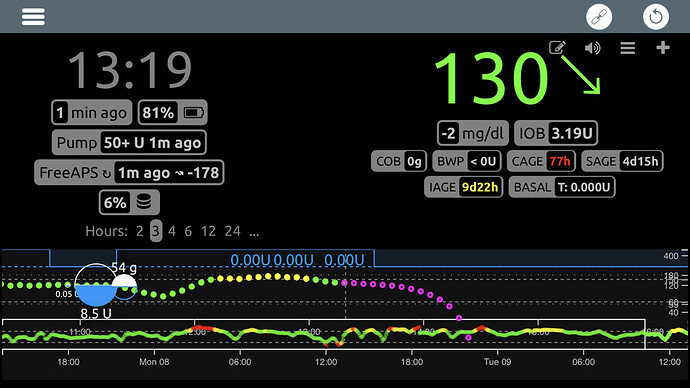 That’s my little bro! Catching up to you buddy! 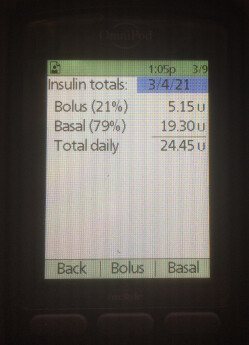 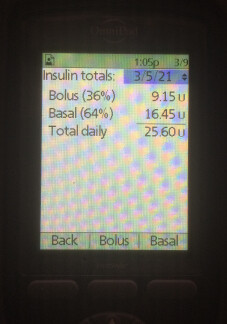 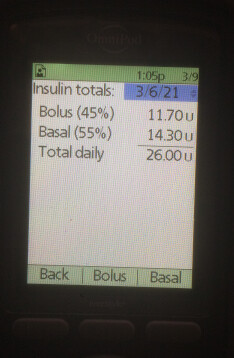 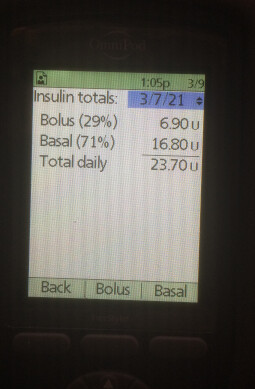 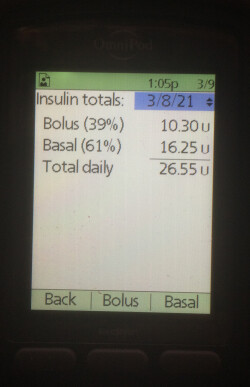 Your numbers made me laugh because I have been very close the past few days! But I am gonna blow that pretty soon. It’s about time to start using some insulin again.

Everyone knows you don’t have diabetes.

(That’s the biggest compliment someone with diabetes can actually receive, btw.) 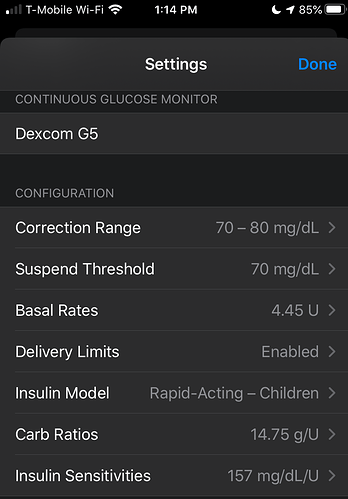 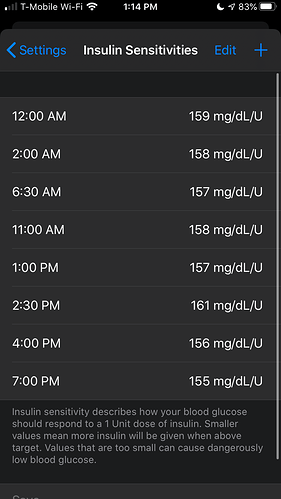 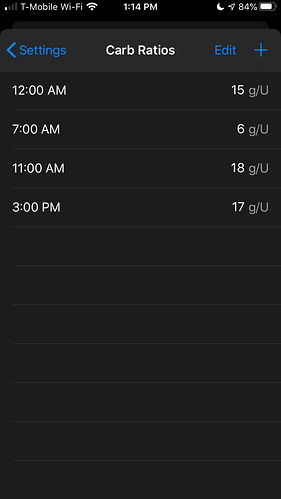 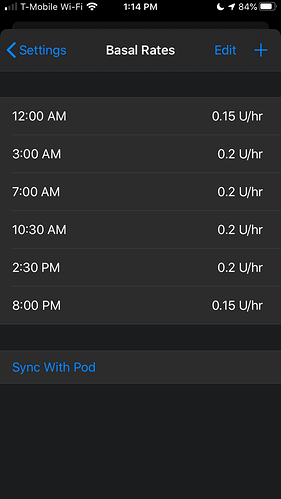 Interesting! Your basal rates are near ours – well, ours is 0.25 during the day.
But your ISF is way more aggressive and so is your carb ratio. I am going to look into switching up Samson’s settings to have a stronger ISF. I think t may enable a little less fiddling with things during the day. We do a lot of manual boluses if he does get high, because we know Loop is underpowered ot handle it.
His last A1C was 6.2, which is not horrible butI think we can do a little better.

Anytime I see a prolonged high (pattern), I first tweak down the ISF by a point or two in that time range. That’s the first thing I tweak. If I see a period of him going lower than he should, I tweak it up by a couple points. Always a single change at a time and test it, never changing more than 1 setting at a time so I know what’s actually working and what isn’t.

If you tweak your ISF’s correctly, the roller coasters (if you have them) will all but disappear…that’s what we’ve found anyway. ASSUMING basal is also pretty accurate.

Incorrect ISF is the #1 reason for roller-coasters.

I’ve often wish that ISF could be adjusted by 1/2 a point instead of a full one. With littles do you come across the same issue?

Yes. I’ve thought it could help a few times