In mice of course… 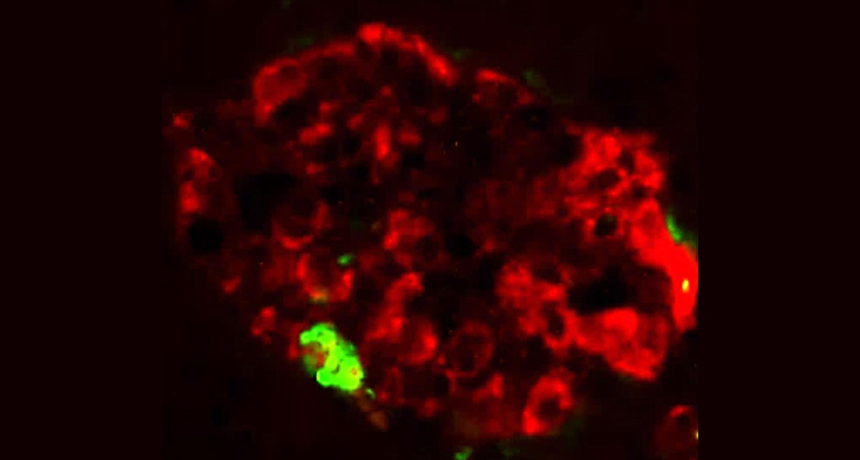 Experiments in mice raise the question of whether type 2 diabetes might be transmissible.

Hopefully only in mice. Type 2 diabetics endure enough stigma already, I would hate to see contagious added to the list.

It really is not a problem if it is contagious in mice as it can also be cured in mice. So overall - the mice are probably in no worse shape than if they were running around in the wild on an island.

LOL, Sure they can cure T1 in mice but can a mouse be cured of T2.

Well there is the obvious Kale and Cinnamon cures.

As well there is the injection of tissue growth factor protein 1 (FGF1) in the brain which apparently does something to the mouse.

Lets not forget Okra water, do mice like Okra?

Somehow I missed this thread – this is pretty shocking:

“When the deformed pancreas proteins were injected into mice without type 2 diabetes, the animals developed symptoms of the disease…”

This is fascinating (and a little spooky) because, in this circumstance, T2 behaves like a prion disease.

I am all excited about this news, I joked a little about it but it is important news especially if it is true and leads to better T2 treatment or, heaven help us, a cure.

I am not yet convinced because there are way to many reported advancements that never pan out, I think I will sit back and wait. Lets see what is a good waiting period…five years maybe.

I am not yet convinced because there are way to many reported advancements that never pan out, I think I will sit back and wait.

That is our approach as well. My biggest interest is in technology that is already developed individually and sitting “on the shelf” in various components and simply waiting to be integrated and put together.
ie - Short Term.