So, Samson has two little buddies at school who he calls his best friends. (Unlike our older son, who says that “everyone” is his friend, Samson is very particular and forms intense friendships with a few people to the exclusion of others. Other kids seem to like him but he just only likes his special buddies).

We’ve had a few playdates with the other kids and the moms are always really happy to drop their kids off, and then the kids come up to me after school asking if they can have another playdate. But, Samson has not been invited over for a return playdate.

Some part of me wonders whether this is because of his T1… and then I start to wonder what we can do to make the other parents comfortable? I’m happy to stick around during a playdate to care for him, but I suspect that’s more work for the other parents. I’m also happy to explain the basics of low treatments and hang out at a coffee shop very nearby if that’s what is needed. But so far, we haven’t even gotten to the stage where we’d discuss this.

I really want him to be able to develop close friendships and I’m beginning to worry that he’s less likely to be invited places because of his illness.

Have any of you with T1 kids noticed that people are reluctant to invite your little one to do the same things as other kids? I really don’t want Samson to feel left out…

@TiaG, when our son was first diagnosed we noticed this behavior, and he was much older. I personally think you need to keep setting up the play dates, maybe even including the other parents i.e. don’t make it a drop and dash. Once they are around you guys a bit more they should get comfortable. Most of the parents that were worried they were going to have to manage Cody’s disease, figured out that he was just a normal kid. All we asked is that if he started acting goofy, to call us.

Maybe invite kids to your place? Or to activities where you’re the grownup… encourage their parents to stick around too… Make a point of just taking it in stride… if its not something they’re familiar with it’ll be a bigger deal to them than if they’ve been exposed to it where they’re not the one who feels responsible…

I loved the perspective that you should invite the other parents over with their kids to establish a friendship so they can see you being chill about caring for Samson. Seems so smart! That might be the nudge they need to reciprocate!

Out of curiosity, do his two buddies parents invite other, non-D kids over?

I might suggest explaining what it would mean to Samson, and asking them to host for a short amount of time and giving your suggestions (close by at cafe, stay, etc.) Maybe setting a time limit away from a mealtime might help?

I met a woman years ago who’s son was diagnosed with T1 while we were in the same circle and she was so clearly freaked out by the situation and so controlling of her son’s every move that I can’t imagine having offered to have him come hang out with my niece and nephew (that’s how I knew her, I cared for them and we were always at the park or school simultaneously.) I’m guessing your not the freaking out type, but since her behavior made her son’s illness such a big deal and I believe it was hard for other parents to relate, I thought I’d share.

From an adult perspective, Eric and I host dinner parties and have people over for boardgames every week, if not 2-5x a week, when he’s in town. We rarely are invited to other people’s houses. Some don’t cook, some don’t clean, some live in situations not conducive to hosting. I used to be bothered by this. Now I just enjoy having friends over.

I am sure with a little help from you that Samson will develop good friendships that are long lasting! What a gift to have parents who are aware of social development and help in the friendship maintenance component!

@TravelingOn, the idea of inviting the folks over is a great suggestion. Unfortunately one of the moms has a deathly allergy to cats (we have one) and cannot even come into our house and the other set of parents are so incredibly busy that I think for them, the idea of using that valuable time to sit at someone’s house when they could be working or buying groceries or whatever is unappealing. But I will try with them.

We are happy to invite the kids over to our place for sure. That’s what we’ve been doing. It’s just that the usual protocol is a little more reciprocal, so I guess I have to throw that idea out the window for a little while and be fine doing all the inviting.

Maybe get to know the other parents and let the kids hang out at public areas like bouncy house or chucky cheeses? Showing them he’s a normal kid in a public setting may ease their minds and make them understanding and willing to have Samson over.

I was older than Samson when i was diagnosed so I was more capable of taking care of myself when spending time with friends. I don’t remember friend’s parents having any worries about me being diabetic when I came over to their house.

My mother did a presentation at school for the first two years after I was diagnosed where she explained to the class that I had diabetes so they might see me test my blood sugar and eat snacks to make sure I was healthy. Once I reached 5-6th grade, I didn’t want her to do it anymore. I think the other kids had mostly gotten used to it by then, so it wasn’t really necessary.

I don’t remember people ever having a problem with my diabetes when I was in school. I’ve heard stories about kids being teased, but that just wasn’t an issue for me.

I don’t have a lot of suggestions on how to handle this right now, but I do think it will get easier as he gets older. I think inviting kids over is a really good idea. Maybe look for any opportunities to spend time with other parents and try to normalize diabetes. By normalize, I mean explaining what to do for a low in a really nonchalant way as if it’s not that big of a deal.

Though I suppose it is a big deal that the low is treated, but they’re probably way more worried than they need to be.

that’s a good idea. I don’t know if we have a Chuck E Cheese in SF but we do have lots of playground/park combos.

Here are the locations in the greater San Fran area:

Thanks @Chris We rarely venture out of the city for events but I guess the closest one would be San Bruno.

Oh the NOISE the NOISE - Screams while running away…

Here are the locations in the greater San Fran area:

I follow this thread with interest. Our little guy is 2 so he pretty much visits family who can take are of him. No play dates yet.

Somewhat related, my wife was worried about putting our little guy in the community playschool (a couple hours a couple times a week) that all of our other kids went to. There were usual fears about how the playschool will react and is it worth training staff for a couple of hours a week etc. So I convinced her to just call and find out what the playschool thought. She had a chat with the teacher and it turns out the teacher’s brother has type 1 and she helped her brother mange his diabetes when he was younger. She had no problems with having a T1 in the class.

My point here is sometimes we assume the worst

What about that newer tumble track trampoline place in Chrissy Field? Never been, but I saw it through the window once when I was rock climbing nearby… 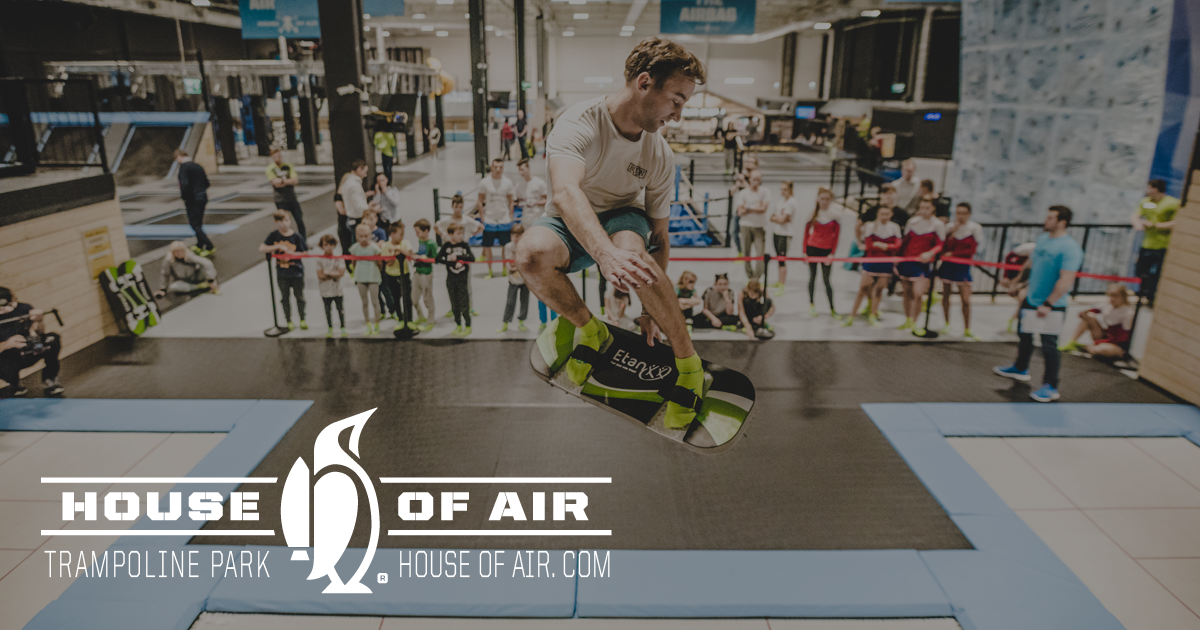 I don’t think you have to jump through so many hoops though, I do think that trying to get to help other parents understand by meeting them at a park is probably enough.

I used to work in one of these establishments long ago. I was the game room attendant and spent my whole shift in the midst of the chaos. Interestingly, I don’t remember the noise as being troubling to me. The worst was the way the people treat the characters walking around, and the newborn moms that lose their infants (not toddlers, infants!) in the ball pit. On a weekend day, I would have to stop the kids who were hucking the balls at each other at least once, ask where they infant was last seen, and carefully wade into the pit to find the baby that had slipped below the ball level. Interestingly they were almost never crying, until they saw my ugly face.

I think it is cool they just put a new Chuck E. Cheese’s on Alcatraz.

The appropriate place for a Chuck E Cheese, as it is a form of cruel and unusual punishment.

That place looks super fun, will check it out. Thanks!