Suggestions for books to teach children about diabetes in adults

I have had Type 1 for 34 years and have an insulin pump and Dexcom CGM. I have 4 grandchildren - ages 5, 2 & twin 1 year olds. The 5 year old has asked questions for a few years and I know that in the future the other ones will as well. I’m looking for a book to explain diabetes, CGM and my pump to them. At the moment our daughter has told the 5 year old that it is my “medicine” (and also called the glucose tabs I sometimes eat my “medicine” as well). I need a better way to explain it to her. I would also like to be able to let her taste a glucose tablet but I understand that she wouldn’t understand that it is different than tasting someone else’s “medicine” (which we would never want her to do). The other daughter with the 1 year old twins asked me over the weekend how should she talk about it once the kids start noticing. Any suggestions?

Love your name,@HippieNerdBabe I did a bit of looking around using my great search and analytical powers. Most books seem to be directed at children diagnosed as type 1 DM. However, some of those might work. Here’s a link that covers several. I especially like the look of “Even Super Hero’s Get Diabetes.” Grandma or Granpa or Mom or Dad can be Super K.

Some of the best ways to teach children are through books so why not teach about type 1 diabetes by reading some books!

I don’t have a book suggestion, but when I was a child, and not-too-many-years-post- diagnosis, there was a workbook for kids with diabetes and it had a cartoon description of how insulin worked that was something like this: there was a drawing of veins, the blood stream, with cells lined up next to it. Each cell had a little door with a lock, a door that connected the blood stream to the cell. In the blood stream there were little circles that represented molecules of glucose, along with other unnamed molecules. It was explained that, in order for kids to think, or play, or do anything, the glucose had to get in the cells since glucose is the fuel all cells need to function. But in that blood stream, there were no molecules of insulin, which is what diabetes is, in a very simplistic way. Then the drawing was replicated, but this time with molecules of insulin in the blood stream, molecules that had a portion of the drawing shaped like a key. The drawing showed the insulin key lining up with the nearby cell with its locked door, with the insulin key opening the door, thus allowing the glucose to enter the cell. Then there was a drawing of kids reading, climbing, swinging, sitting in a classroom, doing all kinds of things. I’ve used that drawing in explanations of diabetes to adults who didn’t really understand it. You might be able to make a similar kind of drawing to explain how that kind of medicine works and then another that shows too many insulin molecules in the bloodstream, opening the cells door, but not enough glucose cells to go into the cell to explain the other kind of medicine, the glucose tabs. You could show the children how by taking the medicine produces more glucose and allows you to play with them, hug them, cook, or whatever activities you do with them. Just a thought.

The 5 year old has asked questions for a few years and I know that in the future the other ones will as well.

I have twin nephews who noticed my pump around age 3. I didn’t try to explain it, but they were curious so I taped some yarn to a small wooden block, and tucked it under their waistband. Much later I explained bit by bit, for example saying I needed to push buttons on it when I ate food. At 5, they didn’t need/want to know more. Once in school, they saw other students with pumps, and would tell them about my pump. Better when they heard details from students their age.

When older, you could suggest some books that have characters with diabetes. I think we have a topic here on movies and books on that. (Although not necessarily factual representation!!)

The 5 year old has asked questions

My granddaughter, maybe age 3 or 4 at the time, also asked questions when I did a fingerstick or used my insulin pen. Her first questions were about whether it hurt to do that stuff. Learning it didn’t, and not seeing me flinch or cry, helped her deal with kiddo vaccinations without fussing!

Denise, love the suggestion. I’m scouring the internet for something like you described. Your explanation was very descriptive and if I can’t find something like that, I might just create the drawing myself :). Thanks.

You might reach-out to a diabetes nurse-educator. And if you don’t know, let me know because I have a friend who works as one. 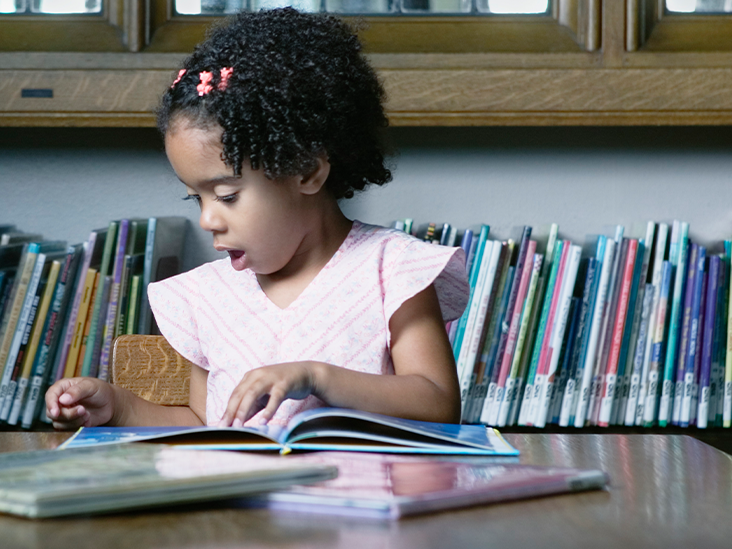 3 New Diabetes Books for Kids Worth the Read

DiabetesMine takes a look at three great new books for children about diabetes.

I finally had the conversation with my 5 year old granddaughter. I asked her over the weekend if she was interested in learning about my diabetes. She wasn’t sure at first but I told her that we could take a look at my pump and if she wanted more information we could continue. I spent over an hour showing her how I test my sugar (even though I have a Dexcom). I explained about my Dexcom and pump and showed her different ways to deliver insulin. However, I did stay away from showing her any needles as I didn’t want to scare her. Throughout the weekend I would show her how I figure out how much insulin to take. She is very intelligent but takes a while to process things. As the weekend went on she started asking very insightful questions like how is insulin made, does the pump hurt, etc. I explained about types of insulin and how it used to be made from pork. We also looked through some of her books where there were kids that had Dexcoms and pumps. They weren’t pointed out in the text but I showed her the kids in the books and what they had around their waist was a pump, etc. It’s a start and we will get into more in depth conversations as she gets older.

Thanks CatLady for the book suggestions. I will check them out.