Smallest smartwatch that can use NightScout or Dexcom Clarity

Does anyone know the smallest size smartwatch that can alarm or vibrate with lows or highs? We’d like Samson to wear one that will vibrate or light up when he’s low so he can go tell teachers… but he’s a small little guy.
Thanks for any suggestions!

Just found this site which has some info on some watches. Maybe it’ll be helpful to you: 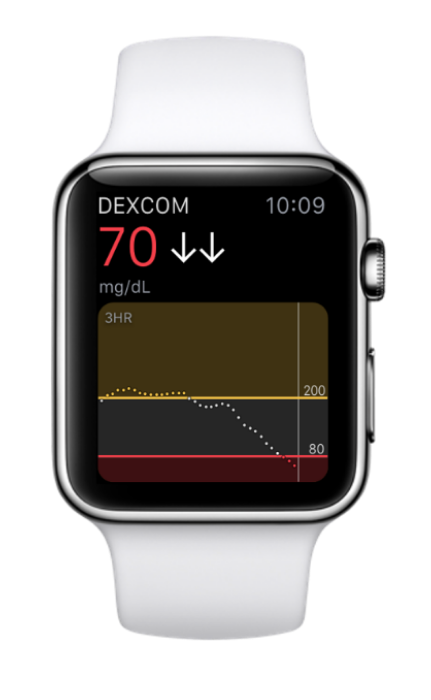 DiabetesMine reports on new glucose monitoring smart watches and how Dexcom G5 data can now be viewed on the Apple Watch, all shown at CES 2017.

I think the Pebble Time Round might be the smallest one - but the company went belly up so there’s no official support or future upgrades. The plus I guess is they are now cheap, around $75, so there is not too much to lose.

The big question is this. Is the primary use to get notifications from high/low numbers OR the ability to view the current number and/or graph on the watch? You could use a very slim fitness tracker with notification capabilities for the former.

so there is not too much to lose.

I probably would not consider buying an unsupported device whose primary use is in a networked environment. It’s hard enough to get things working the way they should when they need to be connected