OMNIPOD 5 - Has anyone noticed this?

I didn’t know this was happening to everyones pdm or if it was just me. After talking to a omnipod rep she said its everyone. She said that most people are not as involed in their insulin pumps and would not notice the time deley. Kind of made me feel a little OCD lol

Soo- when you look at your pdms history detail under auto events it records the time, cgm and insulin amount. Well the time and cgm are correct but the insulin amount that is next to those two actually happened 5 minutes previously not at the time the pdm recorded. I was initially confused because i would hear a clear click when insulin was delivered but the pdm would show 0 for that time period.

Its not a big deal i just think its irritating. 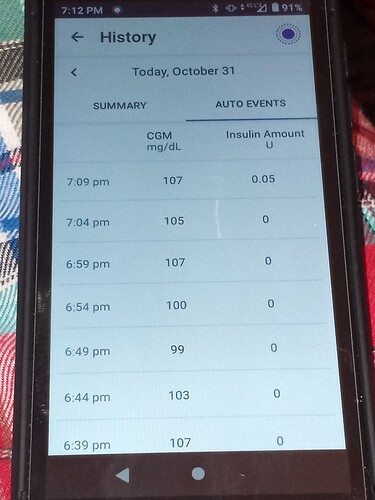 I did not notice that and doubt I ever would have…thanks for figuring that out! Seems quirky that they do this, it should be easy enough to fix if they were so inclined.