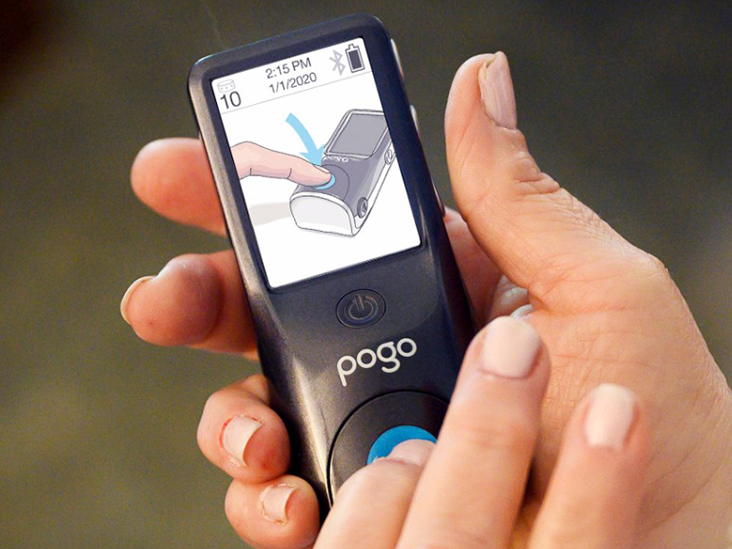 The all-in-one POGO Automatic glucose meter from Intuity Medical is finally available to people with diabetes in the United States.

if this was smaller I could see the advantage, but with Samson’s Freestyle Lite, his OneTouch Delica lancet and a handful of strips, it’s actually smaller than this setup.
Maybe if you’re running or doing sports and just want something easy this could help?

Back in the late 90s, I had a meter that had a disc of 10 strips. Pop the disc in the meter, grab your lancing device, and head out the door.

Oops! There was only one strip left in the disc. Better eat some carbs just in case and then drive home.

A solution for that meter, and for the new one above (20+ years later), would be for it to hold two discs/cartridges of 5 strips each, so that you will have a minimum of 6 strips in the meter when you leave the house.

Also 20+ years ago I had a meter that had a built-in lancing device. If those two meters had been merged, I’d have had the above meter (but wouldn’t use it due to the cartridge capacity issue).