Has anyone experienced nausea associated with insulin?

I’ve been feeling a little crazy because I’ll randomly feel nauseous for about 10-15 minutes I’d say every other day (not including days around drinking). I would say it’s fairly intense nausea (I need to slow my breathing and sometimes close my eyes because I feel close to vomiting). This has been going on for I’d say 5 months and doesn’t coincide with bigger boluses and will happen when I’m steady in range (60-140). No chance of pregnancy.

I didn’t even think that this could be related to the insulin I’m on (FIASP), but I was checking out its profile this morning and saw that nausea is listed as an AE (Table 1: https://www.rxlist.com/fiasp-side-effects-drug-center.htm) Which kinda surprised me. And I recognize that for AE reporting it could just be the sample or an association, but I was wondering others thoughts on this.

For context, I started FIASP last year and was on Novolog before and didn’t really have these random times of nausea. Also - I know a lot of different things can cause nausea (and I don’t think my nausea is due to FIASP) but was more interested on others thoughts/experiences on this!

I would be very surprised if it had anything to do with Fiasp.

I generally don’t bother looking at the list of side effects. Those (per my understanding) are everything that anybody had at any point while on the relevant clinical trial with no regard for whether the symptom was caused or not caused by the drug in the clinical trial.

That being said, I would switch to Novolog for a month and see if the symptoms change or persist.

That’s how I understand AEs as well, but just wanted to make sure I wasn’t reading that wrong.

I would switch to Novolog for a month and see if the symptoms change or persist.

I was thinking of doing this just to know yes or no FIASP is contributing to the nausea. But tbh, if indeed FIASP is causing nausea, then I’d probably keep using it because I like it much better than Novolog

if indeed FIASP is causing nausea, then I’d probably keep using it because I like it much better than Novolog

I feel the same way regarding using FiASP @LarissaW

I was on Humalog since its release in '96, and switched to FiASP (pumping) 2 months ago. So much better for me than Humalog.

And good to hear that for you nothing’s wrong happening with Fiasp!! I’m kinda nervous to switch back to novolog for a bit just because FiASP has made my life a lot easier

How’s your heart rate during the nausea?

I haven’t noticed it being elevated, but I’ll try to pay attention to that next time. Any reason why?

Just spit balling, really. Trying to figure out the extent of distress on your body when the nausea comes on.

Honestly, I should probably schedule an appointment with a PCP … which I’ve been meaning to do for some time

I was tested for anemia fairly recently. Tested fine. But I personally have found I need to space out any amount of alcohol at least 3 to 4 weeks apart or else I get significant tachycardia which is usually accompanied by nausea to some extent. My doctor says that’s probably related to aging in my case.

I had similar symptoms and ended up in the emergency room. But I’m much older than you, and probably a longer term diabetic.

That’s good info to have. Thanks, @docslotnick.

@LarissaW, any chance it could be associated with the timing of taking any oral supplements? If I don’t have a full stomach when I take vitamins or just about any type of medication, I will get super nauseous. I’m sorry you’re dealing with this! Jessica

I might throw in, randomly and with no data to support, do you have allergies? Do you have post nasal drip? I’ve found if the post nasal drip is happening I can wind up feeling quite naseuos - and a couple of my friends have said they have the same problem.

I’m sorry it’s happening to you though. I’d agree too about the drops in BG - it seems like that might happen. And @T1Allison and @Chris , your insights about alcohol and tachycardia are fascinating! This explains much about my aging and not being able to handle alcohol.

@JessicaD - I don’t take any oral supplements so that wouldn’t be it. That’s a good thought though that I definitely will keep in mind if I do take supplements in the future!

@TravelingOn - I do have seasonal allergies, but the random nausea was going on in the winter before all the pollen. 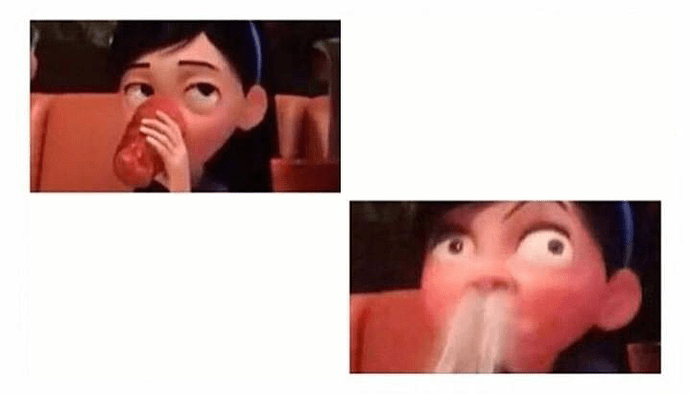 Just grasping at straws here… but have you been tested for celiac disease?

Celiac can result in nausea and nutrient deficiencies. I saw you mention anemia which made me think of this as I know a couple of people who were struggling with iron deficiency before being diagnose with celiac.

Just grasping at straws here… but have you been tested for celiac disease?

Not grasping at straws at all since celiac is so common with T1D. I have been tested (and am routinely tested because of the anemia) for Ab and have come back negative.

We have yet to find the root issue leading to the anemia. It is an iron deficiency anemia, not associated with internal bleeding (ruled out via endoscopy, colonoscopy), nor heavy flow (periods are now just spotting or very light due to Mirena). I’ve had labs done on my RBC and they came back identified as microcytic and microchromic (I think that’s the correct word), but that’s normal in iron deficiency anemia. I have had iron infusions because I didn’t tolerate the iron supplements well (because of nausea and GI issues), and the infusions helped for some time. I do eat iron-rich foods daily. Something I brought up to my endo was that I will commonly get hiccups when eating red meat, which I think may be indicative of digestive issues with it, but who knows. Currently, I have low ferritin and iron, and my RBC count is trending down.

So the nausea may be tied to the anemia, who knows!

Like I said I really need to get a new PCP, but scheduling around here is not looking good… next available appointments for the practice I want are in November…