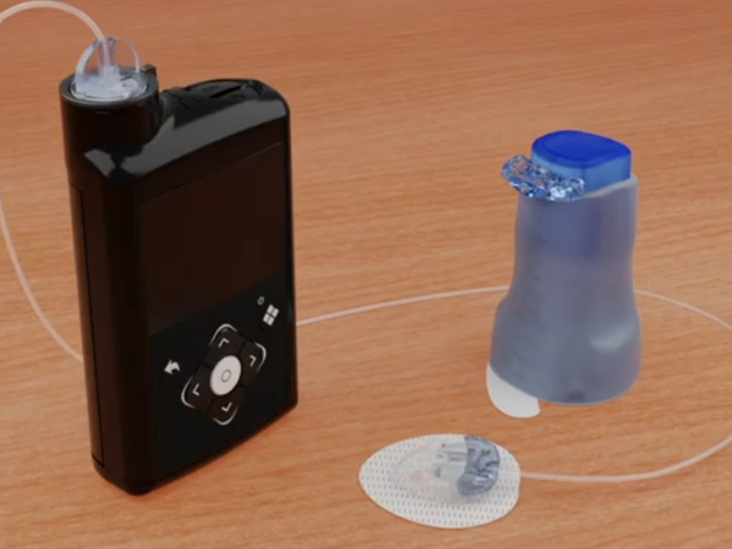 Medtronic Diabetes is launching the first-ever insulin infusion set that can be worn for 7 consecutive days.

So thats why they moved off 200 unit pumps. 300 still won’t get me to 7 days, but it would be nice to use a full reservoir instead of half.

I don’t think they mentioned in the write-up - does anyone know if this includes the new “sprinkler” type of infusion?

That was something medtronic was trying to do a while back. Rather than having a single spot where the insulin came out, they had multiple ports. So it would be delivered a little more spread out rather than in a single tunnel. Like a sprinkler to water your lawn rather than a garden hose.

Wondering if that is part of this new infusion.

I don’t think that is part of this one. In the European marketing literature I see this: 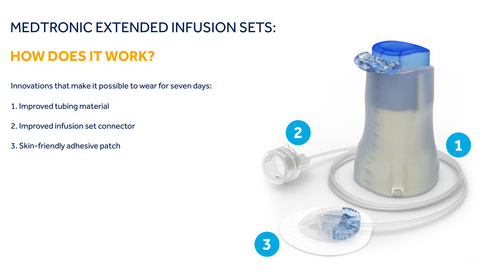 I think the sprinkler infusion set is investigational still and is being developed by Capillary Biomedical:

The problem with extended wear is not only the insulin breakdown, which this set is obviously trying to address with different materials, but also the site saturation/breakdown.

And from what I read, there isn’t anything in this which would address the site absorption issues, right? Like it seems that this is just for the insulin breakdown?

(I don’t put the adhesive in the category of site absorption, that’s maybe a 3rd category.)

What about using U-200. Seems like that would be very helpful, reducing volume and therefore reducing site saturation. For some reason there doesn’t seem to be much movement with pump companies getting that incorporated into their pumps.

it would be nice to use a full reservoir instead of half.

Why not use a full reservoir now with your current Medtronic equipment? I always did. I changed the set every 3 days (to avoid lipohypertrophy), and changed the reservoir for a completely full one whenever it ran dry, roughly every 5th or 6th day. The FDA approval for Novolog and Humalog states 5 or 6 days in a pump reservoir (I don’t remember which one was approved for 5 days and which for 6).

Change the set meant disconnect, insert a new set, remove and save the new tube from the new set (I use a clean zip-lock bag), and reconnect the old tube, then fill cannula. Same reservoir and tube, new set.

With a tube-style pump, in my view it is not necessary or important to change the reservoir and tube at the same time as the infusion set.

@Eric I had the same thought about site absorption/saturation/breakdown. If that occurs, the 7-day wear is moot. Ref @Karl.n and U200, I hadn’t thought about the TDDs play in 7-day volume as I’m below the threshold; but on reading it wondered if @CatLady had tried the U200 approach…thanks for both thoughts. In addition to the Capillarybio work that @Chris mentions, there’s a company called Diatech that’s also working on an infusion set that “spreads” the infusion better, their literature seems to indicate part of the development is to increase the area used with the intent to lessen the site saturation/failure speed.

I think site absorption will be changed somewhat because of the 4 total points that insulin is released, rather than just at the end of the cannula.
I cannot see it making that much of a difference to justify 7 days though.