McGregor. Only because Mayweather is such a victim.

If McGregor wins, the sport of boxing is delegitimized forever… there’s really a lot on the line

They both run and collect their paychecks

Wait, what makes Mayweather a victim?

@Irish He claims that he’s been economically deprived because he can’t make big paychecks because he’s being discriminated against by the white establishment, and that McGregor owes his UFC success to his race. A whiner and a victim, hardly a championship mentality. 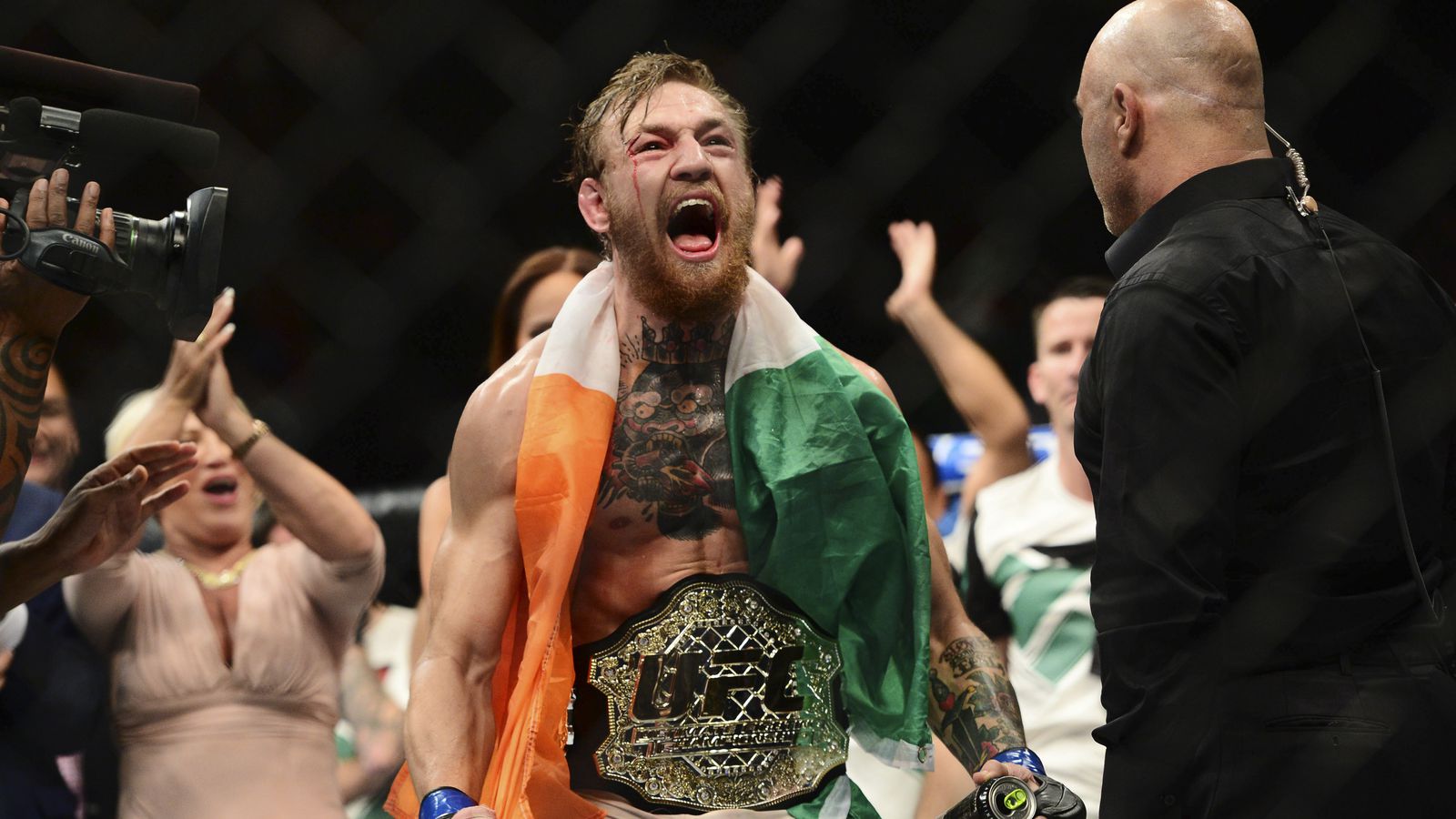 In a lengthy Facebook post addressing various topics, UFC featherweight champion Conor McGregor ripped into Floyd Mayweather for suggesting racism is one of the reasons for his success and popularity.

Meanwhile he’ll pocket $180 million to box against a guy who’s not a boxer. Poor guy.

I just hope the rematch isn’t in a boxing ring

Oh, I see, so we’re routing for the thug who uses race-baiting language in an already racially-charged environment with no thought to its incendiary consequence. Makes perfect sense.

Not that Mayweather’s strip-club endears me to him either. It just seems that the whole nation stands to lose from this.

Sorry in advance for the attitude. I just can’t.

I am certainly not rooting for McGregor. But if Mayweather was a champion, he would have no cause to whine, especially racially in a “racially-charged environment”.

But it seems that these are the only kind of match ups we get anymore. We are relegated to rooting for the least odious of the contestants. Happens in sports just like it does in politics.

But it seems that these are the only kind of match ups we get anymore. We are relegated to rooting for the least odious of the contestants. Happens in sports just like it does in politics.

Lol, or of course, this guy…

It was actually a pretty good fight… looked like McGregor had him-- and was clearly he aggressor until about the 9th round when he started gassing out and mayweather started connecting.

But I understand Mayweather was ahead on all judges cards, though.

In boxing, being the aggressor does not make you the winner. Mayweather is a very technical boxer, and scored higher on most cards on pretty much every round except the first three. I am sure he planned on that, since McG normally fights for 25 minutes at a time, MW is a smart guy.

I was a boxer until I was 16 – but, where I was growing up, you had to drop the leather helmet in bouts at that age, and I did not want to. Of course, retrospectively, I probably accumulated plenty of brain damage earlier even with the leather helmet… Likely explains my present lapses

Oh I’m sure mayweather was ahead on the judges cards-- he’s one of the best boxers in history in a match against a guy who is not a boxer. In this particular match though the judges score cards are nearly irrelevant — there was exactly zero chance of this match being decided by the judges’ score cards

In the boxing ring, Mayweather is at home. He knows how to “box” (and run). Does that equate to being a great fighter? No. As long as he understands that, in a “real fight” against Conor, he’d last all of 1 minute, I’m sure Conor doesn’t care that he lost. He only ever took this fight in the first place for the money…he saw an opportunity and he capitalized on it. Shame on Mayweather for not taking out Conor much earlier given that he had a 0-0 professional record and Mayweather’s supposedly this boxing God.

To me it comes down to one thing…on the streets (only place it matters) who would walk away? That’s indisputable.

I haven’t seen the fight and I’m not interested in watching it because I’m not a fan of either one of them. I don’t like anyone that disrespects others for no reason (not talking about normal crap talking that’s done in fight lead ups, I’m referring to personal attacks about a fighters family, heritage, etc.) Neither of these men respect money. Mayweather will be broke in 5 - 10 years because the idiot decided he’s above the low and owes a ■■■■-ton of taxes. He HAD to do this fight…Conor did him a favor by fighting him.

At the end of the day, the biggest losers IMHO were the PPV buyers.