We bought a bunch of nice reusable Humalog pens, but, for insurance reasons, we switched to Novolog right after that.

I would like to be able to use the pens and reuse empty Humalog insulin cartridges, if anyone has extras they are not using. I am looking for lots of them

I would be happy to work out a deal!

Btw, since we are talking about EMPTY cartridges, there is no legal issue with this request.

I would like to be able to use the pens and reuse empty Humalog insulin cartridges, if anyone has extras they are not using. I am looking for lots of them

I would be happy to work out a deal!

How long are you planning on using them?

I re-use mine for a long time. If you buy them (full) from Canada, they aren’t too expensive. Only about $90 for 5.

I’ve re-used some of mine for over a year and had no problems with them.

I’ve re-used some of mine for over a year and had no problems with them.

How many times do you end up reusing them in a year? I am curious how many reuses a Humalog cartridge is likely good for.

How many times do you end up reusing them in a year?

I lost count. The non-technical answer is bunches. I am sure I have refilled some of them over 20 times.

I have refilled some of them over 20 times.

And they are still good after that, great. That is a lot more than I expected. I thought they might die out after 5-6 uses.

Michel, the filling action shouldn’t effect the cartridges in my mind, I would be much more worried about the rubber seal failing after too much sticking. Since pen needles are so small, that is probably good, if you are sticking syringes into it, I would guess it would wear out more quickly.

if you are sticking syringes into it, I would guess it would wear out more quickly.

I wonder about that. After all, I can stretch a rubber band thousands of times and it still shrinks back to size. Maybe the seal will push itself closed over and over again, rather than developing honeycomb leaks. I know that back on MDI, I would stick a needle into my fasting insulin vial more than a hundred times without developing leaks. But maybe the seal on the penfill is different?

In a pump cartridge/reservoir, my concern is with the lubricated seal at the plunger, not the seal where I fill it. If the plunger seal starts to dry out maybe some of the insulin would leak past it and not be delivered. I know that after the second refill of a tandem cartridge I smell a bit of insulin when delivering, and only once did I try refilling a third time, because I suspected the pump was under-delivering my requested boluses.

Yeah, the reason I guessed this is that in a penfill cartridge the rubber seal is really tiny, like 0.120 in vs .215 in a normal vial. Which means you have over 3 times the area to stick your needle in a new space in a vial seal vs a penfill cartridge seal. It makes sense to me that after some period of time that will wear out. Especially since we are talking about using this for 20+ refills.

As to how long that takes, I have no idea. edit: and Eric may tell me I am full of it, and I will believe it. 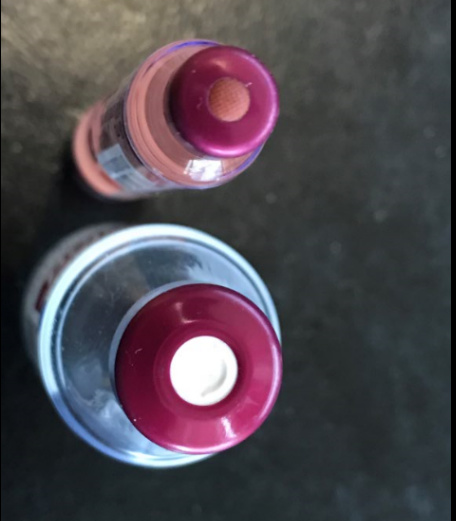 It makes sense to me that after some period of time that will wear out.

I use a small gauge syringe needle to re-fill (31 gauge). And then there is the pen needle you put in it.

But I know it won’t last forever. I don’t know how long it will last, but I know I have used the absolute heck out of them and they were still going.

I have swapped them out for new ones after a long time - not because I saw them wear out - but just because I thought “Okay, that’s enough, no need to push it! Let’s start a new one.”

And in our use case, we use a syringe to pull the insulin out of the pen cartridge, which is a bigger needle and includes the manipulation of trying to deal with air bubbles, which I am sure is much much worse than using a pen needle and pen. But it is just so easy to throw the pen cartridge and a few syringes in the meter pouch and have a backup for our pump site failures. Nothing could be more compact and effective when needed. (of course you have to accept the insulin lasts for longer than 30 days or this strategy won’t work for you)

FWIW, I put my syringe (30g needle) into my Humalog insulin bottle more than 300 times before the bottle is empty, and I’ve certainly never had a leak. I think it can be reused MANY more times than that; an interesting experiment to try while watching TV sometime…

Nobody with a stash of empty Humalog cartridges?

If you are still looking let me know. I know this is old, but I just saw it & I throw away 12 each month