I have experimented a few times, and forced a calibration on a sensor (twice the same number) when it is somewhat off, by averaging two or three fingerprint measurements and force-entering the result. It has several times resulted in a tack-sharp follow-up calibration.

I find when I try this, it’s like provoking an unruly child.

have you tried the double-enter? If you enter the same number twice on a row, right away, you will force the dexcom to that precise number.

And for this I pay how much again?

I love the rhythm of this sentence! It sounds like old-time Yiddish

have you tried the double-enter? If you enter the same number twice on a row, right away, you will force the dexcom to that precise number.

Double, triple, quadruple. I’ve tried many times, and very rarely does the Dexcom come back with the same number.

Here is my experience this morning, restarting a sensor, fasting, and flatlining according to fingersticks. (I know over-calibrating is not advised, but I did this to demonstrate what happens.) To begin with, I did three fingersticks – 4.9, 5.3, 4.9 – and entered 4.9 twice. In the following, the regular-font number is what I entered, the bold italic is what the Dexcom responded with: 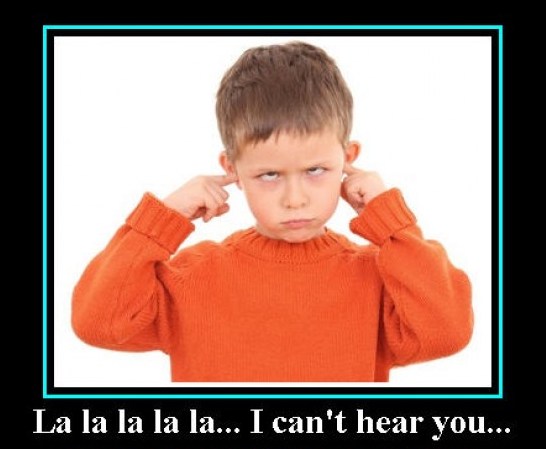 By this time I have started drinking coffee and had a small bite to eat, so I test again:

At which point all I can do is say OK, whatever, have it your own way.

The transmitter (G4) is eight months old, so it could be it’s getting tired. But this is not a new problem. Back in May, on a session restart, I told it several times I was 4.9 (coincidentally) and it insisted I was 5.8 or thereabouts. In August, half a week in with a new sensor, I repeated 7.6 and it kept coming back with numbers around 9.

How old is the sensor? Dexcom should replace the sensor if it does that, right?

How old is the sensor?

14 days. But it does this all the time, whether brand-new sensor, new session start, partway through a session, so it’s not this particular sensor. I keep meticulous records and I can count on the fingers of one hand the number of times the Dexcom says I yam what I yam. I’ve always attributed it to the lag, but on a session start it doesn’t know what I’ve been for two hours, so it should listen to me.

I do think some of the particulars of the calibration are different between the G4 and G5. The overall algorithm for the (current) G4 and G5 systems is the same “505” (FDA approved Nov 2014). But the way the calibrations go in is (IMHO) not exactly the same.

In the following, the regular-font number is what I entered, the bold italic is what the Dexcom responded with:

Did you try entering 4.9 twice quickly and consecutively after the sensor had been started (not at the start)?

Why is the thread closed?

Never mind, I see you are splitting it.

Did you try entering 4.9 twice quickly and consecutively after the sensor had been started (not at the start)?

Not at the time, no, but I tried this morning. Dexcom said 7.6 and the line was horizontal. I entered (once) 6.7, and it came back with 7.1. Then I entered 6.7 twice, quickly and consecutively, and it still came back with 7.1. Maybe that’s the way it’s supposed to act, and it’s not a deviation I’m going to worry about. I’ll be curious to see whether I get the same results from my next transmitter.

Maybe that’s the way it’s supposed to act, and it’s not a deviation I’m going to worry about. I’ll be curious to see whether I get the same results from my next transmitter.

This should absolutely not be anything to do with one G4 transmitter vs another G4 transmitter. That would be beyond shocking. Regardless of how old the transmitter is. Whether you can do a “double calibration entry” with a G4 and get the same response as with a G5 would (in my opinion) certainly be open for debate and testing.
However a sensor restart (whether new sensor or restart existing sensor) should absolutely clear all previous calibration entries whether it be a G4 or a G5.

Are you saying, then, that this is not normal Dexcom behaviour?

That is not exactly what I am (or am not saying).

I was coming at it from a slightly different angle as compared to your summary so sorry if it was unclear. I would have to think on the best way to clarify without loosing meaning or accuracy.

This is not normal behavior for my Dexcom G5. I have never had my G5 fight against my calibrations in the way you described! That sounds painfully annoying. I’d probably have thrown it all in the trash by now if I were you.

Definitely recommend a call to Dexcom! If this is typical for the G4 (which honestly seems preposterous), then perhaps an upgrade to the G5 is in order. I hope they’re able to help you resolve the problem!!

@Beacher, I split the original thread to start one on your calibration issue: I had to split-edit one of your posts, hope it’s OK!

Definitely recommend a call to Dexcom!

Too late, I’m afraid. Its warranty ended two months ago. Unfortunately for me, the problem existed while it was under warranty. I just assumed it was normal behaviour.

I just assumed it was normal behaviour.

@Beacher, I just want to confirm this is not normal. I know for a fact the G5 does not work like that, and Dexcom has told me twice that the G4 works the same way. A quick double calibration while the sensor is under way should bring you back exactly to the number you entered.

Of course, there is always the chance that the G4 does not quite work the same way, and that Dexcom customer service info is in error. That has happened to me quite a few times.

Even though you are out of warranty, it might be worth calling dexcom to ask them again about the G4.

Bummer, that totally sucks. I’m sorry! As Michel said, might be worth the call anyway. Whenever I call them, I tend to get through pretty quickly.

Tried a forced calibration a couple of times today à la @Michel, and still it ignores me. Maybe it is just sometimes cantankerous like its owner.

Maybe it is just sometimes cantankerous like its owner.

Now that could well be, @Beacher