Sensor was only one day old. I had it on my upper thigh.

I noticed this bloody mess. I guess that’s not a good place… 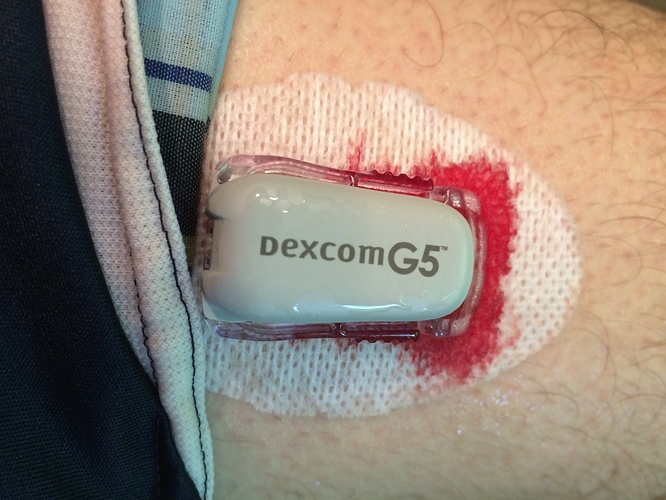 Yikes! Sorry that happened! I sometimes see small amounts of blood under my sons tape after inserting it but never anything that huge…one has no choice but to take it off if there’s that much blood, right? Outward blood like that means there’s some open wound that can get infected?

I got a sensor failed message. Looked down and saw that. Since it failed, I had no choice but to bail on it. Since it was only a day old, Dex was kind enough to replace it.

The thigh is not a bad location in general (although it is not nearly as good as the abdomen for longevity when we don’t go swimming too much), even for a skinny kid like my son. We are rarely able to get much more than 2 weeks, but it is abnormal for us not to get at least 10 days. A 1-day fail is very unusual for us, although it has happened to us twice in 6 months.

So I would not assume the location was a bad one. I think a blood-based failure is typically bad luck. I don’t think you should rule out the upper thigh, which is our favorite area.

I have my first one ever on my thigh right now, currently on day 3… it was a bleeder also, but not as bad as yours , just enough to turn about half of the tape pink. I also encountered a lot of erratic sensor behavior on the first 1.5 days or so before it settled out… numerous false skyrockets on the cgm… highly erratic readings, and lots of ???. I restarted the sensor several times and it didn’t seem to help but eventually it settled out and started to behave

I was texting @mikep about it yesterday.

My theory… I nicked a vein on the way in and the wire was sitting in a little pocket of blood. Took 2 days or so for the blood to reabsorb and start sensor to start functioning correctly.

I was a bit skeptical about the comfort etc of the thigh location but actually thus far I think it might be my new favorite… I can barely tell it’s there, it’s discreet, pants are thick enough to cover it without a significant bulge like can be seen through a shirt… I think I’ll try the next one in same place and see if I can do it without hitting a vein…

Question for you guys— I wiped the hole area down with skin tac, do you guys do the same or try to leave a dry spot where the needle actually punctures? I suppose that could also affect sensor performance?

You definitely do NOT want Skin-Tac exactly where the sensor will be.

i suppose the same logic applies to IV prep and skin-prep? I have a box of IV prep at home… they seem to imply that it’s suitable for sterilizing an entire area before injection… but I suppose that doesn’t necessarily mean they can’t goober up a sensor… tons of reviews for each on amazon but nobody really saying if they’re injecting the sensor through the film or not

) and have had maybe four or five “blood poisoned” sensors in eleven years. Dexcom replaced all of them.

But it’s funny, one time I decided to let it continue after the blood pooled under the wire. I blotted it until it coagulated and let it continue. The sensor lasted for almost three weeks!

i suppose the same logic applies to IV prep and skin-prep?

IV Prep and Skin Prep both have adhesive, so my assumption is that it is not OK to use right where the sensor will be. But I don’t know that from experience.

In fact, Dexcom told me specifically not to put Skin Tac under where the sensor enters the skin (it is a part of every Dexcom manual I have read), but I accidentally did it once, and the sensor worked. However, I am assuming that the failure rate must be high.

I’ve never had a problem applying Skin-Tac to my sons entire area. 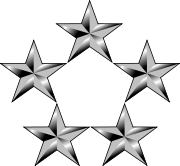 why do you recommend not having skin-tac on the spot where the sensor will be inserted?

@Eric this picture will not get many likes…

why do you recommend not having skin-tac on the spot where the sensor will be inserted?

It is a specific recommendation of Dexcom in all their PDF manuals not to use Skin-Tac or Mastisol (barrier adhesives). And, when they debug a sensor insertion problem on the phone with you, it is one of the factors they always emphasize.

So I assume that there must be a significant failure rate with it – although I have not seen a failure myself for that reason (but we only did it once, small sample). But, since we have seen many sensor failures one way or another, I am not looking to introduce another source of them.

And, when they debug a sensor insertion problem on the phone with you, it is one of the factors they always emphasize.

Strange. I’ve never seen or read that recommendation! Could you provide it for me? We’d consider NOT using it (in the insertion area) but we’ve never had a CGM transmitter error in the 1+ year we’ve been doing this and we use Skin-Tac all the time. We have had POD failures (errors) though…but they haven’t ever posed that question to us as far as why an error may have occurred.

Most of our transmitters send out data for 10 - 14 days and we have to move it to the other arm, Stop and Restart sensor after that time (if the 90 day battery life isn’t up.)

That’s why I have a hard time conceptualizing that it could really matter… the arguement is that the adhesive compound could goober up the delicate enzymes coating the sensor wire … but in my thinking the sensor wire never touches the skin only the needle that encompasses it punctures through the skin then is withdrawn leaving the wire in the hole the needle made… it seems far fetched to me that it could really matter… but Dexcom has told me the same, not to do it…

But something made this sensor act goofy… I tend to think it was more likely the bleeding, which was actually occurring below my skin, in theory where the sensor also is… but it’s hard to know

It is also in all the older manuals that I have read.

@Sam, I have always understood that a bloody site is a possible cause for a bad signal – so that would not surprise me at all. We have once had a badly functioning sensor that had a bloody site – I assume it might have been the reason.

Well, if I ever start having problems I’ll know I should try this as a fix. lol. No need fixing something that isn’t broken!

Although…now that I think about it, this could possibly explain why we don’t get “as accurate” of readings as we feel we should be getting. I’ll be testing this for the next month or so making sure to NOT put adhesive in that area where the needle gets inserted and see how the readings go.

I thought of you guys on Wednesday as i prepared to drive 2.5 hrs to a meeting…

To make a long story short, Dex sent another transmitter, receiver & sensor and i think i logged in four calls to them in one day - on a day i truly didn’t have time for this! Lol

P.s. Before all my tecchie friends ask: I can’t use my iPhone as receiver. It’s an iPhone 4