My backwards state has the 3rd LOWEST vaccination rate in the country. 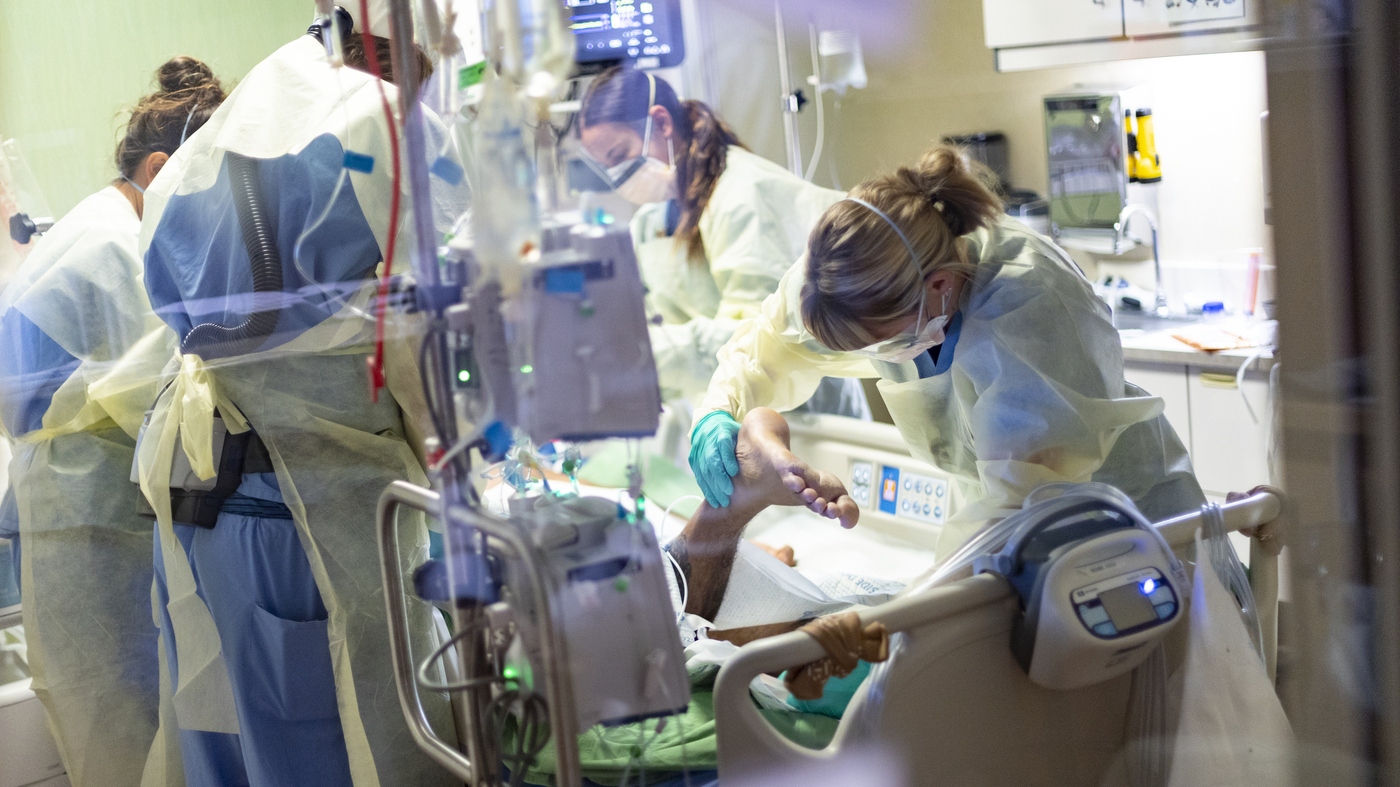 "The situation is dire – we don't have enough resources to adequately treat the patients in our hospitals," a state official said. ICU beds will be allotted to the patients most likely to survive.

We wind up going to the ER at least once a year, between our three accident-prone kids and Samson’s medical issues. The idea that care could be compromised or rationed is really scary.

Our state has one of the highest vaccination rates and they just announced a crisis of care plan. We also still had a mask mandate indoors all the whole time. The Delta variant is a big part of the problem. We are being overrun with cases and 17% of the people hospitalized are in vaccinated people. Vaccination is still the best bet, it shortens the hospital stay and you are definitely less likely to die. But I’m not sure the lowest/highest vaccination rate is making a difference when the Delta variant hits the area. The state Department of Health posted on its website Wednesday an updated version of its health care rationing plan, which despite recent outcry from senior advocacy groups like AARP still uses age as a tiebreaker when evaluating certain treatments...

Our state has one of the highest vaccination rates and they just announced a crisis of care plan.

I think it is prudent for every state to have a plan. But there’s a huge difference between having a plan, and actually having the situation get so bad that they implement Crisis Standards of Care.

I’m hopeful that high vaccination rates in states like yours will prevent a full-blown crisis.

@bkh Our state is already at full blown crisis care levels. It was developed as a preventative in case needed last year for that reason but was implemented for use again recently. Our hospitals are full and they have tents set up to handle some care and people in hospital halls. The only reason we have space now in the ICU is we are having 8-15 deaths every day.

The very high vaccination rate here did not prevent this from happening.

Don’t get me wrong, vaccination helps keep you out of the hospital and helps increase your odds of staying well. But high vaccination rate versus low made no difference in controlling the surge that Delta caused.

Our state is already at full blown crisis care levels.

The Star Advertiser on 9/16/21 that the Crisis Standards of Care was not yet in effect. I haven’t seen a more recent update. Hawaii’s state Department of Health to use age as tiebreaker in crisis | Honolulu Star-Advertiser

I fully acknowledge that heavily burdened hospitals is a huge problem, and the delta variant has made things much worse than it had been. I’m just saying that actually getting to the point of invoking the triage plan is a whole 'nother step, and I didn’t see any report that Hawaii has had to take that step yet. (Parts of Idaho and Alaska have advanced into full triage.)

high vaccination rate versus low made no difference in controlling the surge that Delta caused.

Would it be fair for me to agree by saying that even with a pretty high vaccination rate, there still are enough unvaccinated people sick with delta, that the hospitals are getting overloaded? I don’t want to say that Hawaii is in the same condition as Idaho, or that the vaccination didn’t effectively help the hospitals, because I think there is a real difference.

@bkh This is interesting as it has been announced on TV and it caused quite a stir. They have come out to reassure the Kapuna (elders) here that if you are healthy you might have a better chance of survival than a younger person and age is only supposed to be used to break a tie. Needless to say people are not happy here and it is causing a lot of calls of complaints. Especially since some have called and said that means they shouldn’t bother going to the hospital if they are sick because they won’t receive care. People are not happy.

But I wonder if it’s a technical issue as they have resurrected the plan, but haven’t had to actually use it yet. Our idiot Green has come on TV and said don’t worry if you are old you will not get care just because of your age, we haven’t had to make that decision yet. But did not say that they won’t make the decision based on it.

@Chris That is a big part of the problem.We have limited hospital beds and ICU beds but our population is doubled pretty much because of tourists. Plus hospitals and beds are spread out onto islands but they count on shipping serious people to Oahu when needed where it’s worse right now and full.

I think Hawaii is in the unique situation of having a high vaccination rate but also a very low percent of its population previously exposed. That means they may well have almost the same number of susceptible people as a place with a lower vaccination rate.
I am also unsure whether they have a small number of ICU beds/hospital beds relative to other states. I know in California, during our awful winter surge, part of the problem was that our hospital system is run much “leaner” than the one in, say, Texas, meaning that ICUs were almost always at least 70% full on a good day.

I think it’s interesting that all of us on the West Coast are dead last in terms of hospital beds – it sort of explains on some level why we took (certain) restrictive measures earlier, because we’d be in big trouble if we didn’t. We also suffered under some pretty dumb ones, like closed playgrounds for a year+, but it makes at least some of these actions clear.

Are we lower in terms of hospital beds because our populations are healthier? Or it’s some other factor…

Are we lower in terms of hospital beds because our populations are healthier? Or it’s some other factor…

I think it is just that we have large populations, when you look at the top 15 states by bed per 1000 it is mostly states that don’t have large urban percentage of populations (DC excepted):