Speaking of glucose tabs and glucose necklaces, what type of “sugar” do folks consume to recover from low BG? I noticed on another thread, @Michel was using skim milk for his son at night. And @Eric seems to like chocolate.

And @daisymae was using the glucose tabs.

We’ve recently gotten into these Trader Joe’s Fruit Jellies for nighttime lows. They’re 9g carbs a piece and they don’t have wrappers which is a plus. I bought little plastic zipper bags which fit about 10 candies in them. So I keep a pile of candy-in-bags so EH can grab them on the way out the door. They’re under $5 at TJ’s for a tub, and I left three tubs in the car in 103° temps today and they seem to have fared fine.

If you don’t have a TJ’s near you, these Sunkist Fruit Gems are also amazing. However, they are individually wrapped, and make a lot of crinkling during nighttime low repair. They’ve got about 8.5g of carbs per candy. 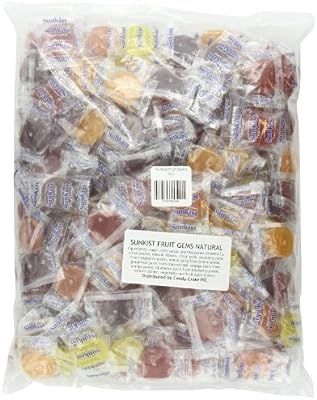 This is what I use most of the time:

Mini Swedish fish, since they keep well, taste great, and have only about 2 carbs per fish. (We correct with 4-6 carbs) 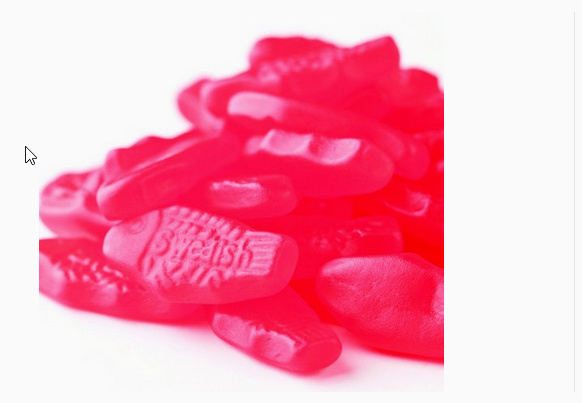 I use glucose tablets, though in the past I’ve also used Giant Rockets (“Smarties” in the US) as a cheaper option. At night I use a small squeeze container (linked below) filled with straight corn syrup to basically act as a homemade tube of glucose gel. A swig of that is all I usually need to treat a low, and I don’t even have to sit up. For me, the treatments I use for lows must taste good enough that I don’t spit it out or want to puke, but beyond that, I can’t have something that tastes really good or I’ll just overtreat the low or want to snack on it when I’m not low. So the glucose tablets and corn syrup work well for me (though I’ve considered adding some flavour to the corn syrup, might do that in the future). 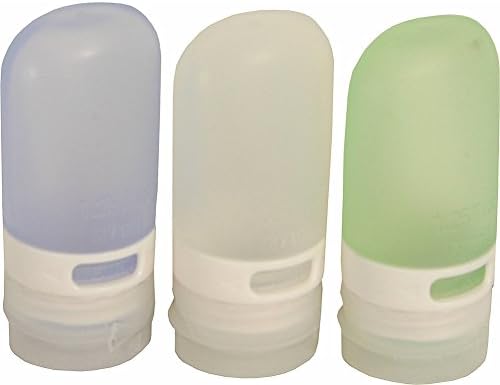 The original soft bottle. More-reviewed than any other. Life warranty.

My son and I primarily use Dex4 glucose tabs. They are kind of like comfort food when we are low and what I use for the lows that need to be attended to fast.

I also like Loaker mini-wafer cookies for treating lows. They are around 2g a piece so can be easily metered and they hit the low blood sugars pretty fast. 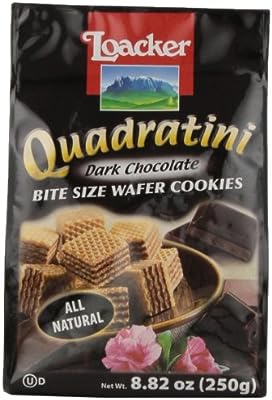 For minor lows, I am not picky though and will treat with anything that has carbs.

I can’t ahve something that tastes really good or I’ll just overtreat the low or want to snack on it when I’m not low.

This is why I don’t use my favorite candy—when I’m really low, I want to eat ALL THE SUGAR already, and if it’s something tempting, it’s just not reasonable to expect myself to have any semblance of self-control when low. I once bought bulk individually wrapped Sour Patch Kids which seemed like a great idea at the time, but definitely led to a lot of over-treating. I imagine it’s different for parents who regulate access to the candy for young kids. For me, smarties and sweetarts are the ideal balance between tasty enough to enjoy, but not so good that I will will overdo it.

I imagine it’s different for parents who regulate access to the candy for young kids.

The real problem in our house is keeping the non-D brother with a sweet tooth from destroying the treatments. So pre-D we were a house that had no soda and no candy. Now we have a good supply of both, and my wife and I feel like bad parents. Fortunately, with two teenagers, we won’t have to have guilt for long…

has anyone tried candy corns? i just bought myself a big bag at CVS; they looked so good and they were on sale. thought i would give them a try, but just have no clue how many i would take. guess i’ll look on the label

Well…it depends on the candy

Well…it depends on the candy

can you be sweet and clarify this? i’m old and slow and confused

So basically, it works for anything pure sugar, but not for candy with a significant amount of fat or protein (which personally, not a fan of using for lows; I know there’s variable opinions on that across folks here).

@daisymae I happen to have a list of carbohydrate content of foods on my phone from a Children’s Hospital. Those are the candies on the list.

I was teasing @Chris who gave a muliplier of 0.75 and said it works for most candies

I m trying Airheads Extremes Sourfuls right now–about 2.5 - 3 grams per piece and no fat or protein. Really sour (yum!) even tho’ the first 3 ingredients are sugar, glucose syrup, and high fructose corn syrup. Seem to be kicking in pretty fast.

A half pack of these babies will do the trick…AND they’re an explosion in your mouth.