Any T1D experiences with oral Prednisone?

I’m T1D and going through a tough health time, not due to diabetes. I had elevated liver enzymes apparently due to my rheumatoid arthritis drug (methotrexate), so to find out I had to stop taking it (Nov 24) for about a month and retest. My liver enzymes returned to normal, indicating methotrexate was the problem.

So now the conundrum, find another RA drug. Normally they would give me Prednisone to tie me over until the next drug gets approved and all the #&#&@ that goes along with that. But, due to diabetes…no Prednisone. In the meantime I’ve been off an RA med for about 9 weeks, and I’m really suffering, pain, stiffness, worried about ongoing possible increased damage to joints, tough to get around (not even going to grocery, hard to get up in the night, etc). In addition, once I start the new drug, it takes about “a month or two” to see if it works. I’m maxed on prescription NSAID, which isn’t a good thing…

I don’t mean to complain, but I’m wondering if Prednisone could be a possibility??

I don’t mean to complain, but I’m wondering if Prednisone could be a possibility??

Yes. One trick though is to get it prescribed.

You can try talking to the doctor about it, and emphasize your understanding that it will take a little extra effort for you to manage your BG and that you understand how to deal with it.

But there are also other possible side-effects, like osteoporosis. So it may not be an ideal long-term solution.

Check out boswellia. It’s fairly new in terms of RA, but it has a lot of positive research recently. 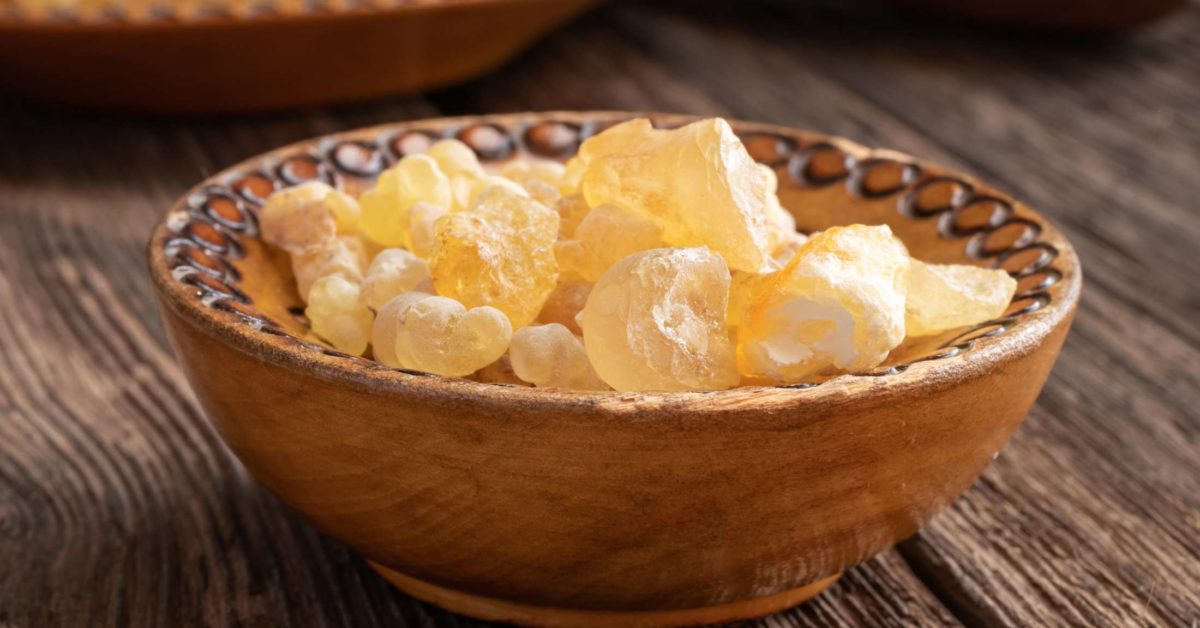 Boswellia: What it is, uses, benefits, and side effects

Boswellia is a resin that has widespread use in natural medicine. Scientific research is starting to provide evidence for its effects on inflammatory health conditions. Learn about its possible uses, benefits, and side effects here.

Another one that has been around for a while is turmeric/curcumin.

Turmeric for Rheumatoid Arthritis: Benefits and Side Effects

Can the anti-inflammatory properties of turmeric help rheumatoid arthritis? Learn how much you should take and how it can benefit you.

@Eric
The Prednisone would be strictly short-term, until the next RA med starts to work. My rheumatologist has suggested infliximab (given by IV infusion), and I’m waiting for a call from the hospital infusion center to schedule.
@Eric
I was looking for some experiences about how much I might expect BG to rise, how much they increased basal etc

Hi @Jan,
Sorry, I did not understand! I thought you were saying you could not get it prescribed.

But, due to diabetes…no Prednisone.

I was looking for some experiences about how much I might expect BG to rise, how much they increased basal etc

I have had other types of steroid injections. They definitely jacked my BG.

I suggest you keep a very close eye on it, and be prepared to increase your basal and your bolus amounts for food. It may take a few hours before you see it.

I don’t have exact amounts. Those things vary quite a bit on steroid dosage and how your body responds. So the best bet is just to be prepared to increase your insulin, and maybe consider going low-carb for a few days until you get a handle on it.

We had some customers that really had good luck with MSM. How much you have to take per day can really vary. But James Coburn that was plagued with RA for years got out of his wheelchair and made a couple of movies before he passed and he said it was because of MSM and he went on a mission to let people know. He had no vested interest in it at first although I think after a few years of promoting it he started selling it or linked with a company that started selling it. But you can see his hands were permanently deformed from his RA being so bad for years…

I used it for a foot issue and it worked great but it took a few months. You can plug in James Coburn and MSM and all sorts of articles will come up. MSM (sulfur) helps with all sorts of issues.

Sorry, I did not understand! I thought you were saying you could not get it prescribed.

Sorry, I’m not being very clear. The rheumatologist will prescribe Prednisone, it is standard procedure when switching meds because most of the RA meds take a long time to be effective (since they suppress the immune system). I’m the one who said no.

The Prednisone is oral, daily. It needs to affect multiple joints, not just one like a joint injection.

Not me personally, but my friend who is also T1D, was prescribed prednisone for an awful rash, and the higher dose took her into DKA levels, and then it was reduced to the lowest dose which I think was 10mg (we’re in Australia) and while it has pushed her levels higher, she is able to manage it so far.

@Jan I have taken prednisone in the past for relatively short periods of time (I think the longest was when I had Bell’s palsy and took it for ~6 weeks (this was about 15 years ago). Blood sugar effects were significant but manageable. What was critical was constant monitoring (this was before I had a CGM – if you have one now, it will be 100% easier) and real time response to high blood sugar. As I recall, my daily basal dosage doubled (and this has held true with subsequent steroid injections); I would also have to play with bolus amounts (keeping a tracking log was also very helpful). And just give myself plain old grace during the whole mess. But it sounds like something that your body needs right now, knowing that the endocrine response can be manageable. Feel free to send me a private message if you’d like to discuss more. I’m sorry you are going through such pain and hope that you can find relief soon. xo - Jessica

@SBee @JessicaD
Thanks so much for the info. It’s very reassuring that someone else took Prednisone and was able to manage it. I am using a CGM, so that should help. I’m going to contact my rheumatologist and see if we could go ahead with a low dose.
Thanks all!

From time to time I take oral prednisone for asthma flareups. My usual plan is to increase my basal by 15% for every 5 mg. And then to reduce by the same amount as I taper off. I do not adjust IC ratios but do need more bolus as prednisone can make me ravenously hungry. I didn’t have a CGM the last time but agree with @JessicaD that it would be really useful here.

@Beacher
Thanks so much, that’s really helpful info!

I have T1 and I took oral prednisone for a while for polymyalgia rheumatica. I started on 15mg and gradually tapered. I use a tslimx2. I think it was only basal IQ then(only a suspend before low feature, it didn’t automatically adjust my basal levels). I set up a separate prednisone profile on my pump with about double the basal rate and then the carb ratios and correction factors strengthened by about a third.
Then gradually tapered the insulin as i was tapering the prednisone. The cgm and pump really helped. I used a temp basal rate before I changed the basal settings to figure out the right amount. Trial and error. It took me a couple of years to get completely off the prednisone. Adding methotrexate helped me get off the prednisone. And eventually I got off the methotrexate too. Praying my remission lasts for ever. I hope you can find a good RA drug that works well for you without bothersome side effects.
Wishing you the very best. It is such beautiful thing to be able to move with grace and ease. My you find your way back to that.

@PegE
Thank you so much for sharing your helpful experience. I greatly appreciate your supportive comments, it means a lot. Right now I’m having a hard time seeing myself being able to move gracefully and easily.

I’ve read the other contributions and your replies, Jan.

RE: conditions responding to Prednisone – there are several related in some biochemical way, but NOT the same. For me, WJM, I don’t have any kind of arthritis, not rheumatoid arthritis RA. I have PMA which can be looked up by anybody – it is far less common than RA, is somehow related to chronic fatigue syndrome et al or whatever that complement of now much more understood conditions that research medicine is constantly seeking treatments for.

I suffered severely ‘burning’ pain in ‘the skeletal muscles’ – thighs, uppermost back / shoulders / back of neck, and upper arm muscles – at first ‘we’ thought it part of my CKD Level 3B. But after careful “rule out” diagnostics, it was identified most likely as PMA polymyalgia rheumatica << not a rheumatism, but still a pervasive inflammation, I agreed (after consult w my primary care doctor AND my endocrinologist, together) to Prednisone.

As most ppl here seem to know treatment is a typified dosage at first (10 or 20mg/day to start) in USA for my age, BMI, other blood chemistries, et al). In the literature I’ve seen cases requiring nearly twice that much for their physiology / conditions. Stayed on initial 10mg/day with only very inadequate relief for a couple/three weeks; so increased to 20mg/day – which quickly evidenced itself as the dosage that worked for me – after another week or three the 20mg eliminated over 95% of my ‘episodes’.

Stayed on that for another 6-8 months when my PCP. ordered beginning of VERY GRADUAL reduction in dosage – reducing Prednisone dosage too abruptly or too fast is clinically proven to incur renewal of the inflammation and its pain! Ugh!! You do NOT want that because it apparently causes return of that acuity level that drove the patient to seek relief PLUS potentially further systemic effects (I did not learn about those…).

So am in 4th-5th month of graduated reductions - 20 to 15 to 10 and ** then I misunderstood later on so leapt to 5 when I had been told 8. So doc observed my reasonable tolerance with at last BIG JUMP - reduction of fifty percent all at once – so now I’m on third ten days of STAYING at 5mg/day, without the return of the physically disabling whole body fatigue when those initial untreated myalgia started on me.

So we will have to do as most do, taper off over a year or so longer, without stimulating return of the acute stage.

OK with me!! T1D, I CAN MANAGE – my 58th year – but that burning insides around my bones in comparison is intolerable!!

With Tandem at least, you just duplicate your current setting, name it appropriately (to help keep track) and make the adjustment you have estimated are needed. So you do that as many times as your Prednisone dosage evidences its change in your insulin requirements ~ about 4 or 6 for me.

Pretty simple. Unfortunately also is pretty demanding. But we’re Type 1 diabetes GIANTS living in a constantly expanding FOREST of giants like us, as well as the support networks – of us as individuals and of the entire diabetes industry!

@WJm et al.
I’m going to do the Prednisone taper. Mine is a “bridge” treatment until the Remicade infusions start working.

I’m MDI with Novalog and Lantus, and Dexcom G6. Thanks everyone for your help and input. The FUD community is the best!