Another new way to restart a G6 Sensor

I found another way to restart a sensor. I just used the method to restart mine so it does work. I am not sure it’s easier. I was able to do it with my one hand but just barely. I had to brace the sensor with my fingers so it wouldn’t move and used my other fingers to insert a contour test strip. If it was on your stomach where you could use two hands it seems like it would be fairly easy. Hold it still with one hand and then use the other to insert the strip. I used the contour test strip but it looks like he used a LIbre test strip.

The second method starts at 3:24 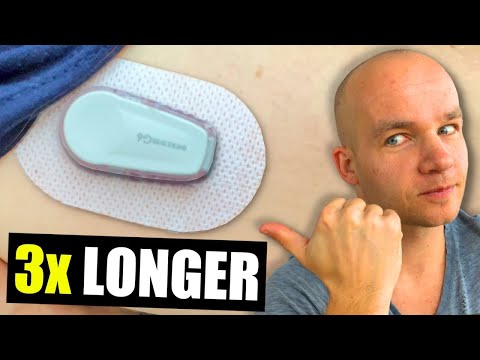 For me it seems as though using the code makes the readings a little scattered, I wonder if anyone has tried codeless with daily calibration

@MarkP There are a few people that prefer using the no code method with daily calibrations. I think it’s because they were getting wonky readings. I have never tried it as calibrating a bunch of times in the first 24 hours ends up working for me. I can get mine to usually stay within 5 points that way.

I wonder if anyone has tried codeless with daily calibration

That’s mostly how I do it now. The only exception is if I am putting it on right before I go to bed, and I don’t want to have to wake up to calibrate it 2 hours later.

For me, I think it is more accurate with calibrations.

@Marie Thanks for sharing this. I have not yet tried to restart a sensor but I may try this. How many more days do you get after restarting? And are the values pretty much stable and accurate? Thanks again!

I love restarts. At first I did it to build a back up supply. Mine are free through insurance. But I didn’t want to worry about being out. But a restart takes less calibrations at the beginning to get it accurate and it stays more reliable for me. Everybody’s time they get seems to vary, but most of mine seem to go around 26 days. One out of 3 or less it’s around 15 days. I had one that lasted 45 days!

I have to use Skin Tac to keep them on anyways, mine were starting to peel off originally within the first few days. And because of my starting longer swimming I added the over patch. So less work and less real estate to have to keep moving it to.

BTW I’m not sure if everyone has the same response, but a new sensor starts out too low for me and will stay too low unless I calibrate it. A restart will start out too high and slowly comes down but not enough. I usually calibrate fairly quickly because I can’t stand seeing the numbers off so much. In steps because otherwise it has a fit!

How often do you calibrate it after restarting? What has worked best?

@MarkP
Just like people can vary, so do the sensors. For me, some start off closer and then go haywire later and some start with huge differences.

I am usually restarting in the evening.

Things to remember when calibrating.

I have been using the second method, Last week I forgot to restart and more than an hour passed. When I did restart I had the best accuracy I have seen from the start.
Maybe that was a coincidence??

My first calibration I will pick a number in between what I’m at and the number it says. It will usually start to work it’s way down towards the number I calibrated into it.

Wow! This worked for me. Usually after a restart it reads way high for 12 to 24 hours before suddenly behaving. Sometimes I don’t calibrate and sometimes I rage calibrate. But I tried this “middle” number with my restart today and it was reading accurately within 6 hours. Thanks for the tip!