Going on an hour and the CGM reads low and he hasn’t been low a minute of it. Ranging from 90 to 70 (perfect imo)….but Endos and “diabetes educators” love to give advice on this faulty data about all the things you should change.

So frustrating to hope it self corrects…but it doesn’t. Calibration attempts do nothing. I’m about to just throw my hands up and go to sleep…he’s fine. So f’ing annoying. 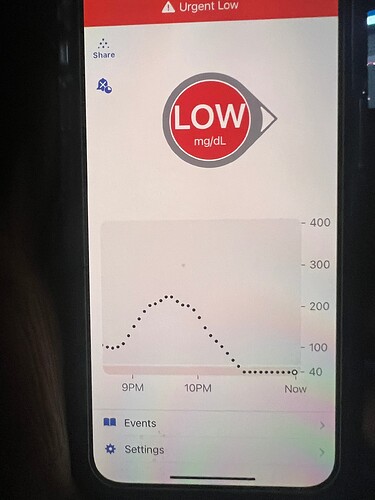 Update 2: 1 hour and 25 minutes later his CGM finally decided to wake up and start working again and he jumps up to 56. He is now a cool 103 by finger stick.

…but I never stop getting preached too about lows based on these false lows. I tell them all the time…”I refuse to make changes based on your 5 minute observation and “analysis“ of Liam’s data that you have no understanding of how and why it is what it is…. While I sit up hours doing endless finger sticks to confirm the tech is, sometimes, shite.

It is very frustrating when this happens. I think I remember trying a few fake calibrations before the real value to allow it to be more confident.

If the test strip value is 88 you could try calibrations of 51, 64, 76, 88 with each calibration separated by 10-15 mins. I believe something similar worked for me.

I know that the G6 does not like big calibrations e.g. calibrating from 39 → 91

I my experience none like large gap between g-6 readings (looks like what you’re using) and attempted calibrations though my dex has been good about it. I enter value, correct, three times in a row, one right after another, and going back to Home Screen it will display entered value already. I also don’t wait for that sometime elusive steady arrow to calibrate, but will what for it to do another finger stick to check readings. Of course I don’t need to explain difference between dex and finger stick, ( I recognize you and you know more than me) Just want to say mine are very accurate and I intend until it starts to be off, have had good readings unto 30 days.

I think the older manual has some examples.
I would say I have encountered this 4 time in 2 years. 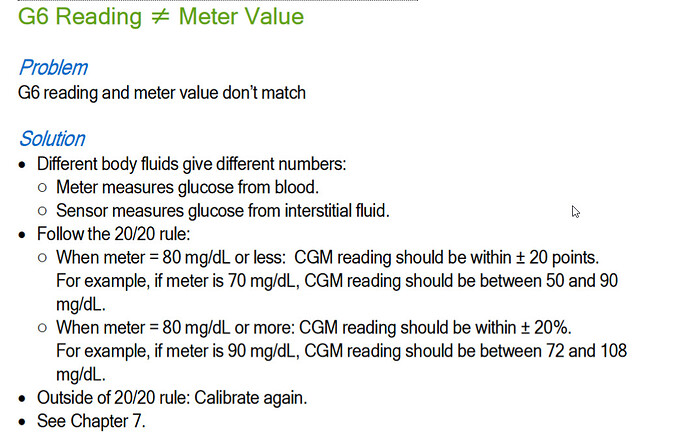 That is incredibly frustrating. I hope you were finally able to get some sleep.