@Michel, @Chris–Did your sons experience visual problems before DX? @Sam, how about you? Anybody else? I felt like reading street signs and such was becoming more difficult…and just thought at the time that I needed new glasses.

Diagnosis: DKA in the emergency room

Did your son experience visual problems before DX?

Yes! He complained that he could not read well from the back of the classroom. But when we had him tested he was fine (variability with glucose concentration).

This deserves its own thread

I had been to an optometrist as far back as about 18 months before I was diagnosed, saying I felt like I couldn’t see as well and my eyes were always fatigued… he checked my vision and said it wasn’t bad enough to justify correction and I should spend less time looking at electronic screens…

I’ve often wondered if this was my first symptom. The same guy told me within just a few months of being diagnosed that I already have retinopathy and I should control my blood sugars (I don’t have retinopathy as per 2 different ophthalmologists at 5 different exams since then, and my A1C was down to 5.1 when he told me that). So I don’t really know what to make of it all

My vision was so bad that when I was finally cleared to drive, I had to use my reading glasses for a few weeks!

Definite yes here. Started having trouble focusing about 4-5 weeks after I started noticing all these other weird symptoms. I think it was a bit of a final straw against my attempts to explain it all away as end-of-semester exam angst or something. I understand that elevated BG causes the pressure in the eyeball to increases, resulting in vision problems as it changes. It was also one of the most startling things during the few days after I started on insulin and my BG started to come down. Seems like it’s the alteration of pressure, as opposed to the absolute level of pressure per se, that messes you up. Kinda scary until my diagnosing physician explained it.

We didn’t have any vision issues. But I wouldn’t be surprised that if we let things continue we would of had some.

Oh yeah, I had that. Forget about that. Also attributed to getting old(er)… I had scheduled an eye doc appt to update my contact earlier than normal because of it (and then went and thank goodness no eye complications after I found out why). Couldn’t read anything near or far!!!

This absolutely happened to me as well. It was tough because I was a Freshman in college and my vision would get blurry even after diagnosis for some time. My Endo told me it was simply due to the high fluctuations in my blood sugar.

I understand that elevated BG causes the pressure in the eyeball to increases, resulting in vision problems as it changes.

The way it was explained to me is that when blood sugar goes high or fluctuates a lot between high and low, the lens of the eye swells, which essentially makes it so that you have a temporary and variable refractive error. My vision is bad to begin with, but I experience major blurred vision with fluctuations in blood sugar, to the point that it can make the low vision I have difficult to use.

I have received different prescriptions from the ophthalmologist based on different BG levels. He said this is a normal result of a different BG.

Anyone else get this?

I haven’t organized different glasses to wear at different BG’s. When it is high, I don’t plan on hanging out there reading, I try to drop it quickly. So I don’t think having specific pairs of glasses for a different BG makes sense for me.

That strikes me as pretty funny. I work in a very vision intensive profession and I have never noticed vision differentials unless my Bg is very high (+300) or very low (-40).

-40 is a very cold blood sugar 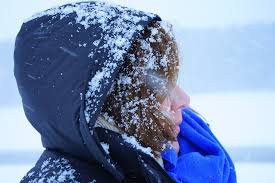 I hope you are not doing dentistry at 40!

In an imaginary world where @docslotnick practices dentistry with a BG below 40! 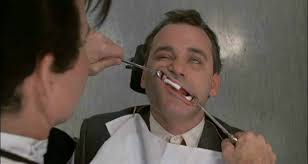 I hope you are not doing dentistry at 40!

Actually, these are some beautiful crowns I did for a patient when my Bg was 40. 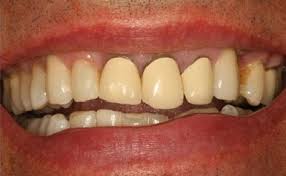 beautiful crowns I did for a patient when my Bg was 40.

I’m more of a Dental monitor. This guy looks like he appreciates it! 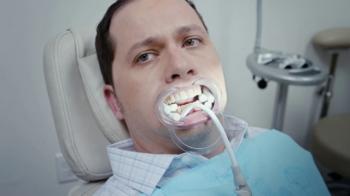 @Aaron How did you get into my office to take that photo? I’m going to have to talk to my front office people.