While traveling this summer, we encountered surprising problems in dosing for homemade sandwiches, leading to underdoses of 25-30%.

When you move from place to place often (say, after 2-3 days), it is often convenient to rely on sandwiches on the way, or the first day after arrival. But, as we all know, it is pretty difficult to reliably gauge the amount of carbs in widely differing sandwiches provided by one-off delis or snacks (as opposed to well-known chains). Since we were traveling along non-stop all summer, it was important to us to minimize ill-adjusted dosing on such a frequent basis, so we quickly got into the habit of frequently buying bread and sandwich makings, and making our own sandwiches even when on the road, for the purpose of accurate dosing.

This worked really well for us in June, while we were traveling around France. But it went seriously awry in July: we started seeing severe, frequent underdosing. It was difficult to understand, since we dose for bread by weighing it, and since we had always found bread to be fairly reliable to dose for by weight.

We finally narrowed down the problem to hot days and slightly older bread. We found out that day-old bread (or worse), particularly when kept in the car for a day, was drying out so fast that it resulted in significant underdosing when dosing by weight.

So, in the past few days, now that we have some stability, I started some experiments on bread drying:

I took a slice of white bread and toasted it on low (about 1 minute): 30 grams turned into 25 grams. If we had dosed by weight using toasted bread, we would have underdosed by 20%.

I took a slice of sliced white bread and aged it on the counter for several days. It shrank from 26 grams to 19 grams over 4 days. If it had been dosed by weight after drying, it would have been underdosed by 7/19 = 36%, a very significant amount. 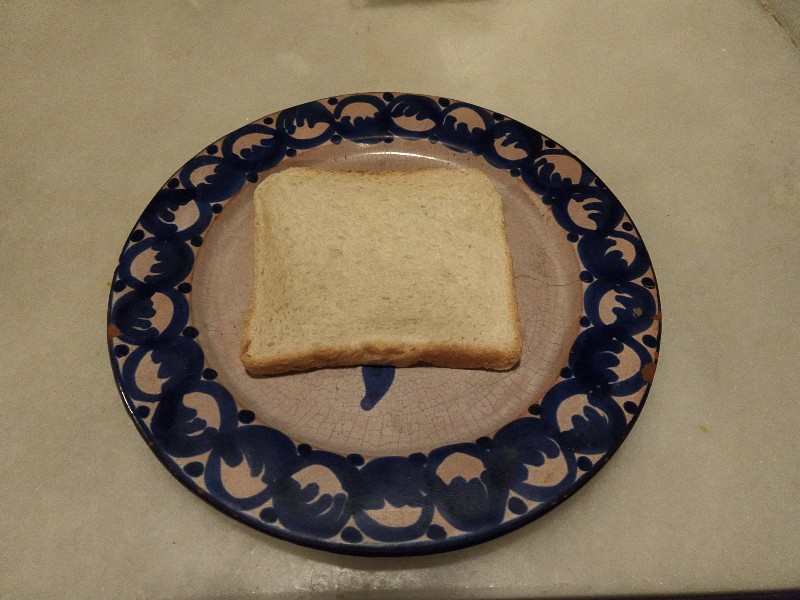 I cut a chunk of baguette bread (what we mostly use for sandwiches on the road) and aged it on the counter for several days. It shrank from 40 grams to 32 grams over 3 days (35 after 2 days). If it had been dosed by weight after drying, it would have been underdosed by 8/32 = 25%, a significant amount. 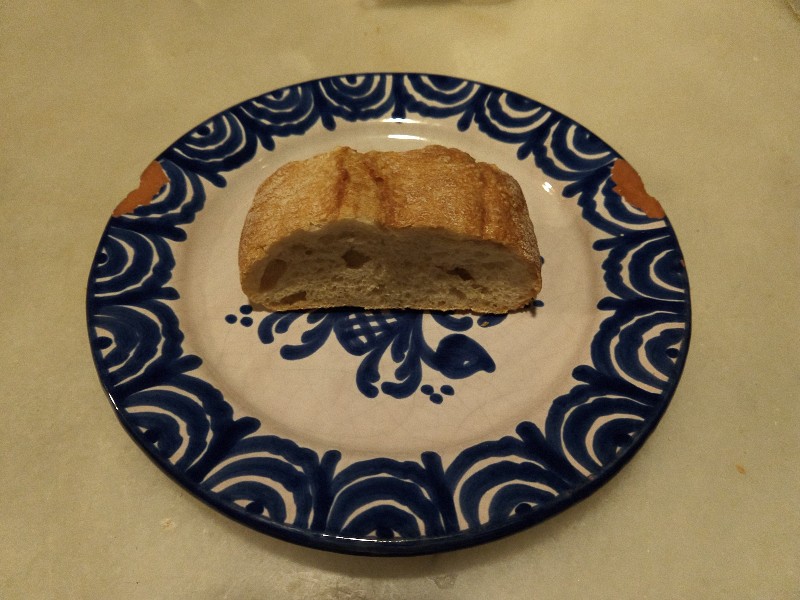 The reality is that nobody would use really old bread to make a sandwich. But, in hot weather, day-old bread gets significantly drier. I estimate that 2 days of drying in the house are equivalent to 12 hours in a car, which means, based on our experimental data, 5/35= 15% underdosing. If we assume that we are using 45 grams of bread (fairly typical for a sandwich, I think), this leads to underdosing by 7 carbs, representing, for us about 50-60 mg/dl. If you start at 100, you end up at 150-160.

How does it match with what we saw? It matches reasonably well: we saw up to 180 several times. I attribute the discrepancy to cheap cold cuts with hidden carbs.

My conclusion when traveling:

Note—this is a follow-up from this travel thread:

Traveling with diabetes: lessons and questions from our first 3 months Type 1 & LADA

We have been on the road non-stop for the past three months, mostly but not only in hot weather, and have had to carry a year’s worth of gear in the car a lot of the time. Planning the trip was really time consuming. We made some planning mistakes, and execution mistakes as well. We have also encountered unexpected problems and issues, and a couple of mysteries. Over the next few weeks, I am planning to start a thread per issue. This is what I am thinking of, right now, but I am happy to add ot…

Michel, what you found makes sense and doesn’t surprise me, but I would have never thought to ask the question. I am really looking forward to your other learnings. Fun stuff!

I would have never thought to ask the question.

Neither would we, really! It was just so weird that we couldn’t succeed any more in dosing for our own sandwiches—and frustrating to, so we had to figure it out…

Interesting! I’m so impressed that you’re weighing food while traveling!

I find that I tend to need more insulin in general when I’m hot. My sister says she experiences the opposite where she tends to run low in hot weather. Have you ever noticed similar things and did this factor into the experiment at all?

I find that I tend to need more insulin in general when I’m hot. My sister says she experiences the opposite where she tends to run low in hot weather. Have you ever noticed similar things and did this factor into the experiment at all?

Yes! We needed a lot more basal insulin when the weather got hot at first. But we traced it down to dehydration, so we started a whole hydrating regimen to fight it, which was largely successful. I am preparing a heat/hydration post right now to share what happened to us.