I just caught the tail end of a 16 year old woman’s successful buzzer ringing course completion on American Ninja Warrior. Her pod was on her right arm and her Dexcom was on her left.

Her message was, “You don’t need easy. You just need possible.”

I looked to see if there were any articles about her but not yet. Her name is Katie and her family was all there for her run and was SUPER supportive. I loved seeing all of that. And she was buff and fabulous!!

If anyone wants to watch the run, here it is on YouTube: 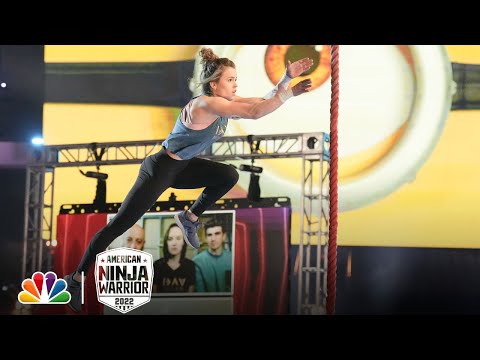 Very inspiring run! Shows how unlimited a diabetic can be, because that course isn’t easy for anyone man or woman.

Cool that she is sporting the pod! The pod is the true giveaway now! Nobody is faking that.
(Yet!

I say this because a lot of non-D athletes have started using CGM’s. To me this is very funny because I don’t even use a CGM when running!

I mean, I know the CGM’s limitations when exercising, so I just stick to BG tests. But many athletes - who don’t test their BG - really don’t know that CGM numbers can become worthless during exercise.

There was an article about runners using CGM in the most recent issue of Runner’s World. I got a good laugh when I read it last month.

But if you load the page and read really fast, you will read things like:

CGMs have been around for quite some time, mostly used by people with diabetes to manage their blood sugar levels throughout the day. But athletes are leveraging the devices to determine what to eat, when. In a sense, a CGM can act almost like a fuel gauge in your car to show how much gas you’ve got in your tank.

You can also see the impacts of different fueling methods, like “dripping” versus “dumping.” This means taking in small bites of food or gels very regularly instead of eating larger amounts all at once.

Hope that works out for all you non-D’s!

Hilarious to me. All these non-D’s are now using it, while a (alleged) diabetic is not.

Tech That Can Take the Guesswork Out of Racing and Fueling

Anyway, sorry for the sidetrack @T1Allison. It’s cool that she is legit.

Hope that works out for all you non-D’s!

Hilarious to me. All these non-D’s are now using it, while a (alleged) diabetic is not.

I understand why the companies would market it to the much bigger audience of non-d athletes, and I am sure they will try and come up with some reasons to use it for non-d non-athletes, but yeah, it does feel kind of bogus(y). I am already tired of watching the commercial where the person says that seeing the data unlocked all kinds of insights and made me a better athlete. Also funny, because the commercial shows her placing it on her tricep, when we have been told for years that the stomach is the only place. And now you have that non-compliant ninja competitor with both bits of tech on her triceps. I can only imagine the doctors note saying she non-compliant.

Also funny, because the commercial shows her placing it on her tricep, when we have been told for years that the stomach is the only place. And now you have that non-compliant ninja competitor with both bits of tech on her triceps. I can only imagine the doctors note saying she non-compliant.

Actually, the thing that makes her more legitimate is that she is non-compliant.

You know you are a true diabetic warrior when you stop listening to all the crap they tell you to do, and instead you just start doing what works.

If I was a poser diabetic, I’d never restart a sensor and I’d be eating glucose tabs whenever I dropped below 70.

Katie is amazing! A true 16 yo warrior. Diagnosed while rock climbing at an early age and right back at it! She definitely has a warrior attitude - no one is going to stop her. I hope she does well this season! 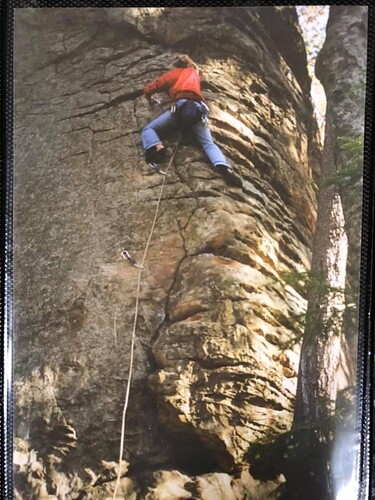 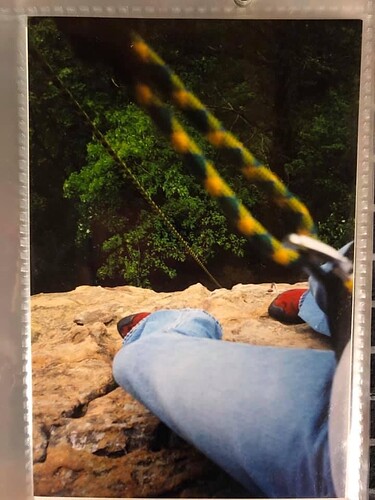 I used to rock climb back before my ‘betes days, too!

That second shot of your toes gripping the side of the rock and the drop-off is really cool. If you don’t mind I will borrow that for my website.

And what you can’t tell from the photo is that my belayer unhooked to go take a leak, so I was just staying perched until he got back.

I don’t recommend that from a safety perspective, LOL.

Also funny, because the commercial shows her placing it on her tricep, when we have been told for years that the stomach is the only place.

Out of curiosity, are CGM users in the US always told to place the sensor on their stomach (for FSL and Dexcom)?

I’m in Germany and use FSL and was told to place the sensor on the fattiest part of my upper arm. Anything else was off-label (although they didn’t tell me not to place it anywhere else, just that it would be off-label

I’ve only been using CGMs since November 2021, so I haven’t tried any other locations yet.

When Liam is running around, the CGM is critical to us in knowing TRENDS. So while I agree it’s not good at getting the right number, what it is very good at is showing that you are beginning to crash. I find a lot of value in the CGM during exercise!

Yes, our labeling (Country specific) was for the abdomen. After trying many different spots, we found the arms are best for us, but others have found other places that work best for them. If you aren’t having any problems and feel it is accurate, there is no reason to go hunting for a better spot.

Edit - also just realized we are probably talking about different systems. Our predominant CGM is Dexcom, and if I am not mistaken in Germany the most widely used system is the Abbott Libre product.

When Liam is running around, the CGM is critical to us in knowing TRENDS.

Yes, I understand. I am not saying it’s useless for everyone during exercise.

That’s totally different for Liam too, because he’s not doing a manual BG check “every few miles” like I am. And you being able to see it is great because you can see if he is dropping.

But for me it was just a funny thing to read, because it’s a runner’s magazine, and seeing that non-D runners were using it while I am not just seemed very ironic!

I used to rock climb back before my ‘betes days, too

Wow!!! GREAT SHOTS, pun intended!! Seriously though, rock climbing is intensive and scary, mentally and physically! I hope you are still active at it!

No, I also use Dexcom on back upper arm. It is the only place that is reliable. Dexcom has no problems when I tell them the location if I call in for a bad sensor. I get a replacement without issue. Honestly though, I’ve had few issues, knock on wood, since moving to my upper arm. 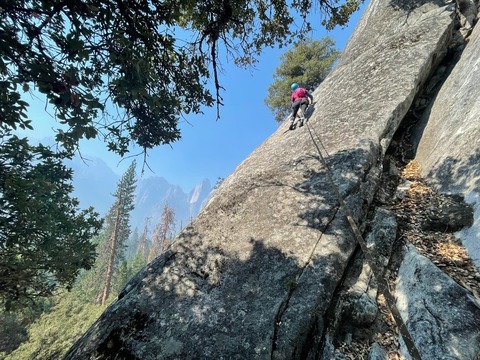 Fantastic pitch and awe inspiring scenery. What a great trip!