It’s here seems. Although it’s not for mini-dosing yet.
https://beyondtype1.org/gvoke-hypopen-fda-approval/

Although it’s not for mini-dosing yet.

Buy some of these: 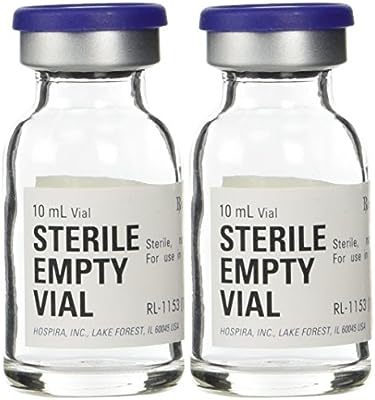 Inject the glucagon pen into the sterile vial. And then micro-dose away.

I want this. A pen specifically for mini-dosing glucagon is definitely coming at some point in the future, too. I want both and think both will be useful. It will be interesting to see whether people prefer this auto-injector or the nasal spray glucagon.

Inject the glucagon pen into the sterile vial.

This seems like a much easier solution to me:

“Also approved was the GVOKE PFS, a pre-filled syringe with the same liquid-stable form of liquid glucagon found in the HypoPen.”

If this shoots the needle and liquid out with anything near the force of an EpiPen, injecting into a tiny glass vial would be very difficult.

I would put a syringe in the vial (with the syringe plunger removed), so that the air can escape when you inject the glucagon into the vial.

Alternatively, you could remove 1 cc (or more) of air from the vial before injecting into it.

The vials I posted are 10ml. You can easily inject 1ml of liquid into a 10 ml vial of air. Air compresses substantially. And the vials are are much bigger than the liquid volume of the glucagon. Air compresses, but liquid does not.

But yes, of course, a prefilled syringe would be easier than the pen.

I wasn’t so much worried about the air, more the fact that you’re working with an auto-injector. Auto-injectors aren’t like insulin pens…they’re usually larger in size and require a good amount of force/pressure applied to the needle end to activate the needle and injection mechanism, which itself is much more powerful than just pressing down on the plunger of an insulin pen. It’s all a much more violent process than working with an insulin pen.

Here is some more information: 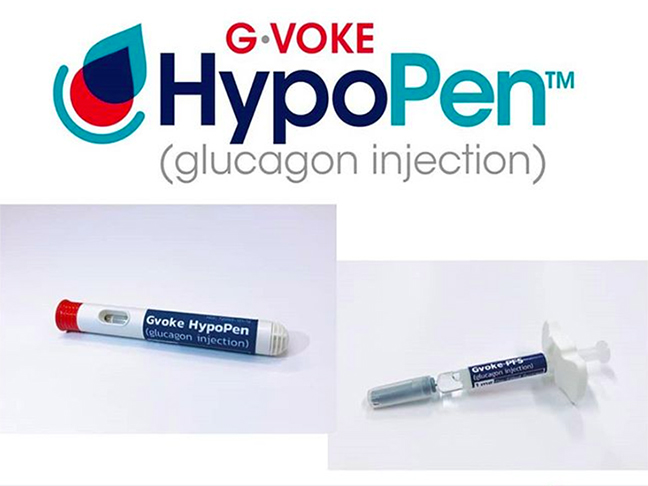 Just curious if you have tried this and how well it works? i.e is the shelf stable of the glucagon impacted?

Just curious if you have tried this and how well it works?

But just an update on this…

The topic/question was on mini-dosing, and it was brought up that you can’t min-dose with the hypo-pen, since it all comes out (like it is an autoinjector pen).

But Gvoke is also available in a syringe. And if you get that version of it, you can do a mini-dose from the syringe.

Is there a sterile way to inject the dose from the Gvoke prefilled syringe into a vial, so that you can then pull it out using a syringe with finer demarcations? And where would you buy those vials? We have a ton of these Gvoke syringes and odds are very high we will never use them as they’re intended. Want to see if they’re useful in some other way.

And where would you buy those vials?

This was from @Eric related to storing insulin. Probably can use it for Gvoke, too??

Thanks, that’s perfect. Just ordered them, and will transfer at least one syringe of Gvoke into a vial so I can use it when Samson has a stomach bug.

Started with the below post and eventually made it over here. Trying to understand how much glucagon would raise your BS. Very good info!!

In the expired-glucagon thread, I experimented with some expired glucagon, doing a mini-dose. Then I tried it again the next day to see how it would work after the glucagon had been mixed for a day and left out. The expired glucagon worked both first and second day, but what was interesting to me is the big difference I saw in how it affected my BG. Both times I used the same dose, a mini-dose of 25 units instead of the whole 100 units of solution. First day: 51 to 109, 58 points in 32 minute…

Thanks @Eric. Very helpful. I appreciate it!

Trying to understand how much glucagon would raise your BS.

A few things about glucagon dosing…

For like forever, when it was first released for home use, the standard glucagon dose per kit was been 1 mg. Yes, eventually some people (particularly parents of small children) started micro-dosing. But the kits contained enough to make 1 mg of glucagon.

The standard mixing amount contained in the kits was 1 cc of mixing liquid, which is 100 units in a normal insulin syringe.

So the easy translation was that 100 units in a syringe was the full 1 mg. And I spoke in terms of units. Like if I said 5 units - the 5 unit amount related to measurement in an insulin syringe to make it easy. And 5 units would raise my BG about 20 points.

But now, the Gvoke adult dose syringe is still 1 mg, but it is in only 0.20 cc’s of liquid, so it is equivalent to only 20 units in a syringe. It is much more concentrated!

So, before I go any further, does all of that make sense? I want to make sure I was clear in that explanation first…

I re-read that and it is confusing, I know. Read through it a few times, let’s make sure we are on the same page about all of that.

So if I normally would give Samson a dose of, say 6 units for microdosing, I would now give … 1.2?

But now, the Gvoke adult dose syringe is still 1 mg, but it is in only 0.20 cc’s of liquid, so it is equivalent to only 20 units in a syringe. It is much more concentrated!

I totally missed that. So using your example of using old school Lilly glucagon of 5 units you would now use 1 unit of Gvoke for similar BS effect.

I wonder if shelf-stable glucagon has the potential to be marketed to help T1 diabetics manage weight. Presumably, using and burning your glycogen stores is good for that, and certainly preferable to treating lows with more intake of calories. I also wonder if you could regularly deplete glycogen stores somewhat at times when you knew you had the ability to prebolus with insulin, you could then prevent dawn and feet on the floor syndromes. Of course, the more you do that, the less useful glucagon becomes for treating emergency lows, but as someone who has never in my 30 years of diabetes needed to treat a low with glucagon, the prospect of using it to manage weight and reduce high blood sugars driven by glycogen release is more compelling.

The Gvoke syringe is basically 1/5 of the size of the Lilly 1 cc kits.

But they also have a children’s dose, which is 0.5 mg per kit, but half the volume. So the math works out the same, it is 1/5 of the Lilly kits.

The package lists it on there. It is 1/5, but just in a smaller amount for children’s vs adult’s.

See this!
(BTW, this is for the auto-pen, but I think the same thing applies for the syringes. But regardless, it is 1/5 the volume you are injecting)