I was very surprised by the coverage issue pertaining to the use of a smartphone app!!

Dexcom's G5 Mobile is the only continuous glucose monitoring system that meets Medicare criteria for coverage. However, details of the coverage rules released this week state that people with diabetes who want coverage cannot use the system with a...

That smartphone rule is hands down one of the stupidest decisions I could imagine. Not being able to share the output with a relative or friend who watches and checks in on you is one of the key advantages of the Dexcom system.

i can’t use a phone, thanks to Medicare rules.

Why would this rule exist? This is so insanely stupid and counter-productive! IF a transmitter CAN accept TWO connections and you WANT two connections so that you can have a better quality of life, what stupid rule would be implemented to prevent you from downloading an app?

Honestly…this is just me, but if I fell under this rule, I’d DL the app anyway…is the FBI, FDA or some other government agency tracking your app download history?

We should start a petition…

Dexcom G5 question about ? ? ? on receiver

Honestly…this is just me, but if I fell under this rule, I’d DL the app anyway…is the FBI, FDA or some other government agency tracking your app download history?

The problem is Dexcom would know, unless you used x-drip or some other non-standard solution.

Please consider signing my new petition. This law is ignorant and it should be eliminated. Feel free to share with your friends and family. 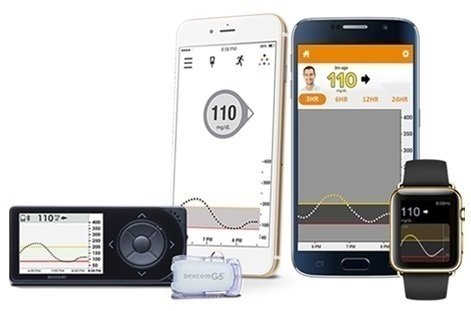 Medicare prevents using a smartphone with the Dexcom G5 system

Is it saying that the smartphone is not covered by medicare, or there are active steps to prevent a user from utilizing their smartphone?

@dave indicated he’s been told by Medicare that he can’t USE a smart phone…which I find totally ludicrous!

What Medicare is saying, is that IF we use a smartphone, tablet, etc as a RECEIVER, we forgo Medicare reimbursement for the Dexcom system/supplies. I’m not going to be “the one” to test out the theory by ignoring the rule (I can’t afford to pay for the supplies).

What about Change.org? Would that be a good place to have another petition, or is that site for different types of issues?

Updated my petition - changed it to change dot org since it’s a more well known petition site.
Anyone with write-up change recommendations, plz let me know and I’ll update it.

Medicare prevents using a smartphone with the Dexcom G5 system

Need to get 5 signatures before Change.org will display it to the change.org community. Get us there!!

Hey, I sent it to my friends. And a bunch of them signed it. So, I’m hoping you’ll get there. Even if it doesn’t really change Medicare, maybe more people will be a little more aware of T1D.

Wow, I was surprised this morning to find out my petition has taken on some momentum. This petition now has 382 signatures!

I added an “update” thanking everyone for their support, requesting them to ask their friends and family to sign it, and also invited them to our lovely forums.

Maybe this will bring in a few new users to add to our already amazing community!

I just signed it, sorry I was late, just a bit D-organized.

Great job @ClaudnDaye! I just saw that you have surpassed your goal. It looks to be gaining steam. Well done.

Over 1000 signatures now. Looks like it’s got some steam. Hopefully we can take this to Medicare and get this changed. For that to happen, though, we need a lot more signatures. Going to see how high it goes. There is a Facebook group who contacted me and indicated ALL of their 400+ members signed and shared it. They are known as “Seniors with Sensors (CGM’s)”. They invited me to join their group and I did. A good group of seniors. Would love to get them here and the seniors we have here to join up with them also!

@ClaudnDaye great job on getting this up.

I saw the perition posted on a few of the CGM facebook groups in the last couple of days.

I haven’t signed because I am a Canadian

I haven’t signed because I am a Canadian

And in Chicago, you can still vote!

Dexcom has a press release stating that Medicare patients are now permitted use CGM in conjunction with smartphones. I haven’t found the fine print.

Dexcom announced today the U.S. Centers for Medicare & Medicaid Services (CMS) is updating its policy on mobile device compatibility for the Dexcom G5® CGM System. Available on iOS and Android, the Dexcom G5 is the first and only mobile-enabled CGM...