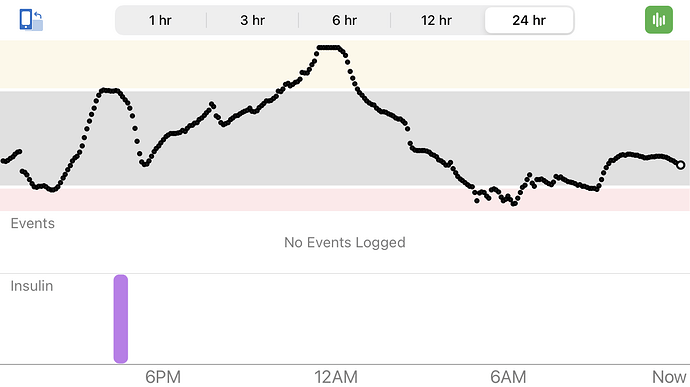 So anyway, there are some lessons I learned that it turns out I already knew…my CGM high alert had been set on 220 which obviously did nothing for me on this bad day/evening (needs to be lower). And not checking CGM more frequently during that pre game hour and early parts of the game was a rookie mistake.

The “good” lesson learned: If I did not have an emergency syringe and insulin with me I would have been up a creek…probably would have hit 350, 400 ? before I got home.

But the new lesson learned was…I should have known the pod was going bad when my BG rose while I was huffing bags of peat moss, digging etc and sweating out some heavy yardwork. But it was the last thing on my mind, it did not ever dawn on me that the pod was not giving me (any or enough?) insulin until it started screaming and gave up the ghost after all the damage had been done. All the warning signs were there but I ignored them.

Anyway, thought I’d throw that snafu out there as it definitely woke me up and caused me to re focus on some basic best practices that I had gradually started to short cut. Also considering going back to Lantus MDI, probably at about half my basal need. Might help mitigate the rapid rise from a slowly dying pod site.

Anyway, thought I’d throw that snafu out there as it definitely woke me up and caused me to re focus on some basic best practices that I had gradually started to short cut.

Great reminder for all of us!

I have had to relearn this lesson many times…and still do.

My pump trainer for my Tandem pump told me FIASP can turn to gel in pumps. Whenever I used it in my Omnipod, I always got a huge swelling at the site.

If I did not have an emergency syringe and insulin with me I would have been up a creek…probably would have hit 350, 400 ? before I got home.

I have posted this many times already, but it’s worth saying every time because it is so important.

If you put some syringes in your car glove compartment or purse or whatever, that is really all you need for an emergency. Because as long as your pump still has some insulin in it - no matter what kind of pump you use - you have an emergency “vial” of insulin ready to go in case of occlusion.

For omnipods, just put a syringe in the fill port and pull some insulin out. You can use that insulin until you get home and can replace the pod.

I assume there is some similar manner you can do that with Tandem pumps.

I know people don’t store insulin in their car. But syringes - put some in your car right away! You can leave them in there, they won’t go bad. And then you have them ready to go in an emergency.

put some syringes in your car glove compartment or purse

Even though nothing in my town is more than 20 minutes away, I put two in my go-to bag in my purse after reading this.

glad you caught it… my dr. is setting me up with the dash and u200 humalog(insurance prefers Lilly) to get me to 3 days and less insulin volumes due to my 2 decade pump vacation and occlusion anxiety… something you might want to consider if you are having issues…i would also recommend requesting some pens and pen needles for a backup from the dr/pharmacy and keep them in your hockey bag, or afrezza…just tell them you want to try it

Thanks for this very thorough account of your experience. I am contemplating a return to Omnipod vs my current Tandem pump since I really dislike the tubing connection. I have experienced a similar chain of events with the Tandem infusion site due to an occlusion. Neither system is immune to these and it took some time to reveal itself. The Tandem system is good overall. In hindsight, I loved the “pod” since it was easier to wear. When I switched to the Tandem t-slim and the Dexcom G6, it was such an improvement. My A1c dropped from 7.8 to 6.8 and has remained well-below 7 ever since. I am grateful for your detail. I really am looking for an open discussion re: Omnipod Dash vs Tandem t-slim Pump.

I am just curious. I faced a similar issue on a canoe trip. Just a short 2 hour jaunt down a lazy river that went wrong. The head wind made it difficult to keep going downstream to the pull-out point. At a rest break 30 minutes in to a canoe ride that ended up as a 4 hour ordeal i settled into the canoe and the omnipod was ripped from my body as I slid past the gunwale.

By the time we reached the pullout point it was still a half hour ride back to the car and another 45 minute car trip to get home. My dexcom was reading 350 for most of three hours.

How long can we run sugars that high before seeking emergency care? I had the impression that 6 hours of very-high sugars can be very bad, but I am not sure what that means (or even, where I got that impression). I told my Endocrinologist about my adventure and her comment was something along the lines of “oh you big baby. You were fine.”

How long can we run sugars that high before seeking emergency care?

Did you check for ketones when you got home? A high level of ketones is what to watch out for in situations like this. 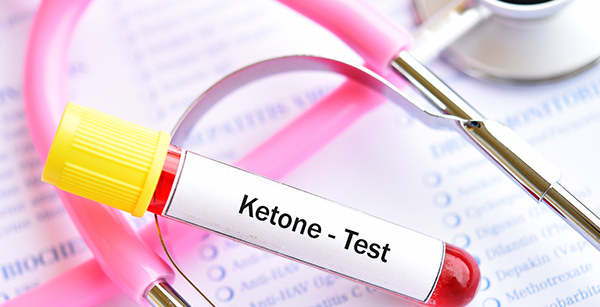 How to treat diabetic ketoacidosis (DKA), a serious diabetes problem.

Good question, my son has been high for most of a day (>300) without high ketones and we never sought care. As @CatLady mentions, if you are high and have large ketones on strips, or high ketones via a meter then it might be a time to seek medical care if you can’t bring it down with repeated insulin doses. But honestly the only time we would seek medical care is for high ketones, low blood sugar and an inability to keep food down. For highs we would only consider medical care if we couldn’t bring it down after a day or more. May not be the safest approach, but it is our approach.

an inability to keep food down.

How long can we run sugars that high before seeking emergency care?

As said by others high BG is no problem, but high ketones indicate a problem; the problem is lack of insulin. It’s possible to run a (relatively) low BG with no insulin but that doesn’t help; no insulin, no energy for the cells, our metabolic system fails and we die from ketoacidosis.

My own experiences suggest to me that I am in a bad way from partial occlusion after maybe four hours. I’ve never been in a situation where I’ve suffered total occlusion (e.g. pod detachment) for more than an hour and I really don’t want to be in that situation. Either or both I or my wife carry a pen and needles all the time. Of course it could get lost, things get lost on the river

but then we are near to habitation. On the ocean I just don’t rely on my Omnipod for a basal - I swap back to a long acting insulin and just use the Omnipod for boluses. I did that before I talked to someone who had been left in the ocean for about 8 hours, that just reinforced the point, along with giving me a preference for really thick wetsuits.

Pumps use regular or “short acting” insulin which hangs around for about 8 hours. I think that’s in the skin, I suspect insulin doesn’t last that long in the blood stream but I’ve not seen any studies on that. Common sense says that a pumping T1D will die after 8 hours with no insulin; I can’t see any reasonable explanation for us living longer because the ketoacidosis result is difficult to reverse, particularly if the docs don’t realize they are treating a diabetic (so insulin is required as well as sugar).

Not having a pancreas may actually help; for those of us who have one minus the beta cells the alpha cells cause the liver to release glucose which doesn’t help at all. Nevertheless I don’t understand the response of your endo; it might make sense for someone on MDI where the long acting insulin is going to keep working for maybe a day, but on a pump?