I don’t usually... but I just have to 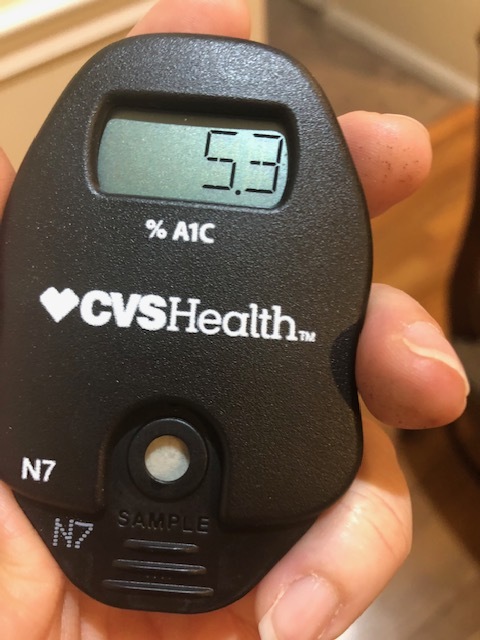 Thank you, @Eric, and thank you, FUD.

You blew my estimate away! From October, remember that?

I do remember… and I was at that estimate for the last couple of months, so you weren’t wrong.

Fixed it for ya. 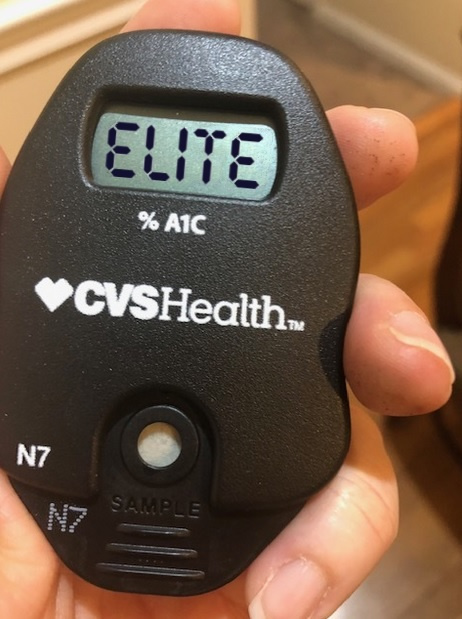 They’ll let just anybody in.

Give yourself a huge pat on the back for me! .

I’m gonna give myself a big ol hug for you. Because that wasn’t an envious face— that was a vomit one. So we both deserve it.

By the way— that’s impressive doctoring. If I didn’t know that’s not what my meter said, I’d be sure it did.

Nicky, this is fantastic and amazing!!!

[Edit] @Nickyghaleb, can you share your eval of what contributed to your amazing success and how? I am asking because, as we all know, most of us have to lead long fights with our endos to be able to apply the solutions we reach on FUD. It would be good to get a few examples of what can happen!

can you share your eval of what contributed to your amazing success and how? I am asking because, as we all know, most of us have to lead long fights with our endos to be able to apply the solutions we reach on FUD. It would be good to get a few examples of what can happen!

I could probably save anyone reading a lot of time and give the quick summary right up front: more insulin. I’m learning how to do more insulin. As far as the long fights with my endo… She doesn’t know and has stopped asking.

I wouldn’t even know where to begin with a more detailed explanation because really, no matter where I look, the changes have really been based on increasing my insulin. But not just through my pump boluses or my basal rates… I do IM and IV shots now as well. I’ve got tools, and I rotate them to fit my current need. If I’m anticipating a long slow climb, I’ll do a bolus via pump. If I’m on a fast rise now or need to bring down a high blood sugar, I’ll do a small IV… and will follow by another bolus of another kind. If I have no immediate needs but am anticipating a profound rise from a problem food, I’ll do an IM. They’re all tools, and they’re all great tools, and they not only make tighter control possible, but they make it all feel possible, and I need to feel that way. I can get lost in the “what’s the point?” thinking. There isn’t a number now where there’s no point in treating right away. I can handle pretty much any of them… with the exception of the lowest, and I’m avoiding those for the most part.

I won’t say the IV shot is the last resort because that’s not the way it feels, but I prefer to get my insulin through the more conventional means. Because of this preference, I only use the IV shots a couple of times a week, and no more than once daily. I currently use IM shots about as frequently and do everything else through my pump. As long as I’m not wearing a pump that is calculating my insulin dosage for me, I have no qualms with adding manual injections into the mix. I would not have done it with Auto Mode on the 670G, and I will not do it with Control-IQ. I think that is a terrible mistake. But currently, the only thing my pump is doing is helping me to hit the breaks when I start going low, so I’m okay with the routine. I’ve also kept up the higher basal rates and am snacking and eating more casually. I was crunching numbers before and trying to really dial in the right dosages, but I think it was leading me to give myself less insulin than what I really needed. I’m generous with the insulin now and feel more relaxed with what I choose to eat, and when I start feeling like I have to eat more than I want, I slow the insulin down again.

It’s more than just additional insulin that’s making a difference though. I’ve always exercised almost on a daily basis, but the running must be making a difference, too. I ran 8 miles yesterday and didn’t go low or high as a result… which means I got nothing but good from it. My diet has changed as well… I’ve always eaten well, but I’ve had a “complicated” relationship with food since developing diabetes. Since sealing up my bag of chips on November 27th, things have really changed. Not only have I not been eating late night chips (and reaching late night 400s!), but I’m just not as interested in many of the foods I was struggling with before. Again, I almost feel human again… like I can decide what I want to do and what I want to eat rather than living at the mercy of my diabetes.

My endo… we had a perfect relationship when I had no idea what I was doing, had an even better relationship when I started learning a thing or two, but then we hit a wall. Only recently did I want something different than what she wanted, and neither of us were comfortable. She tried letting me know, subtly, that she’s still the doctor, and then, after some time, I asked for the things I wanted again. I picked up the last of the prescriptions this weekend, and I hope that means our relationship will continue to grow as I do. I did ask her about the IM shots at our last appointment, but we were still in our old roles. I plan on laying it all out in front of her at the next appointment and hope she will help me achieve what I’m working toward rather than talking down to me about it. Bottom line, I want a doctor who will be a partner, and either she’s the one, or she’s not.

That was the long summary… with, of course, the one detail… The biggest difference in my a1c is FUD. I was making my way in the right direction, but I was not an independent thinker. I was busy being a good listener and doing what I was told. You all have taught me how to go my own way, and it’s invigorating and has made all the difference.

That’s amazing, @Nickyghaleb. Super proud of you and motivated by your work!

I am happy for you. It all really sounds great !!!

I was making my way in the right direction, but I was not an independent thinker. I was busy being a good listener and doing what I was told.

This sums it up for me too.

I want a doctor who will be a partner

Took me a while to realize this. But it makes a big difference with this change in thinking.

You all have taught me how to go my own way, and it’s invigorating and has made all the difference.

Your results are because you have the proper mix of hard work, boldness, persistence, patience, stubbornness, and smarts. With just a dab of crazy, and seasoned with feisty spice.

You got the right stuff, baby!

Says she with lowered eyes and a modest pose