So my question is… What has been successful for you in treating your toddlers lows that may be more healthy than juice? Fast acting.

I have heard mention of tablets and gummys? Are gummys fast acting and healthier than juice? Also any options for the toddler while he or she sleeps? We want to avoid waking up Liam if we can because once he’s awake he’s crying for having between woken up which starts a domino effect with our other children… Especially our 1 year old.

Why are you concerned that it is not healthy?

When I am extremely low, I have always felt that a drink with a straw is the safest thing for me. If I am leaned up, there is less chance of choking or gagging, and it is easy to drink without needing to hold a glass or cup with my hand. And you don’t end up with the drink getting poured all over you. That’s how my parents did it with me. I was always grateful for the straw when I was like that.

When he is asleep, I would be extremely leery of giving him anything like a gummy or candy that he could choke on. Actually, let me emphasize that - please don’t give him gummys or any hard candy or tablet when he is asleep.

Also, drinks get absorbed faster than anything!

I know some juices are less acidic than others, and would not be as bad for tooth enamel. I think orange and grape are the worst. And drinking juice seems better than a gummy which can be stuck in the teeth all night. For the issues with sugar on the teeth, let’s ask @docslotnick!

In our experience on our much older than a toddler son, juice is the fastest. I think part of that is it is easier (quicker) to ingest than glucose tabs, or candy options.

As far as healthy, I am not sure anything high in sugar is “healthy”, but without it low blood sugar would rule the day. So I think of it as the lesser of the evils.

Interestingly my diabetic son is starting to dislike candy. I guess the feeling low and associating it with the food is real.

Long term teeth issues, weight gain and habit forming reliance on sugary drinks mostly. In times of severe lows there’s no doubt I’ll use juice as well as when he is sleeping. Just trying to gain more options especially for the periods when he is awake, that are perhaps healthier options but still are fast acting. Also… Most importantly, something a toddler will actually be interested in eating or drinking.

Also this may be a good future reference for newly diagnosed toddler parents, or other parents looking for options that work.

The glucose gummies do act quickly (I think they’re called Glukos). The main advantage for us is we know when they’re all done and they’re easy to pop in his mouth while he’s doing something else. Takes two seconds.
**ETA: Other advantage to the gummy is it can be popped in his mouth so keeps his hands clean. if you want to finger test, what can be more annoying then having to wash their hands 3 times over the space of an hour? **
We also use: Jelly beans, glucose tabs, starbursts, starbursts minis. (yes, I know these are stretching the definition of "healthy

). I figure we’re crazy-hippie- CAlifornia types who eat whole-grain-everything and don’t eat sugar otherwise – let him have some candy every day or two.
Also: 1/4 cup of milk works pretty well too. Two saltines in the morning can be incredibly quick for us too.

When I was more concerned with healthiness and we were treating lows more frequently every day, we would precut a bunch of watermelon, weigh it out in little plastic baggies and just dole out a bag when he was trending low. Same thing with grapes. Five in a bag, pre-washed, and you’re done.

My father in law is an ER doc so he has access to some syringes with caps. We pre-fill these with 1 tsp of honey and just inject them into our son’s mouth when he’s sleeping. He never wakes up.

For slower lows (he’s maybe 100 but dropping by 10), I usually find it’s fine to give him a handful of raisins with some cashews mixed in. It takes maybe 10 extra minutes to kick in at most, but the cashews give it a little bit more staying power. Or chocolate milk also works okay too.
So many tasty options.

I find that if you treat a low earlier on with something not-quite-so-fast-acting, you can give them actual food. When you’re treating the low once it’s actually an emergent situation, you have to go with the juice box or the glucose tab and then we see this huge spike and a crash down about an hour later.

Have you timed how long it takes for increases after each food? i think you should try it. You might find that the difference between fast-acting and “medium-acting” is at most 5 minutes – so if you widen your treatment window to get that extra five minute buffer, you can treat with almost anything palatable other than, like fish sticks.

Ultimately, any carb you eat will be turned into glucose. The only difference is how long it takes.

Last night, I treated a huge low with a hotdog and bun. Not extremely quick, but got the job done!

So if you are concerned with simple sugars versus more complex carbs (what some might consider healthier options) consider the trade-off will always be speed.

So perhaps I misunderstood part of the original post, I thought it was specific to being asleep.

When awake, and the low is not too severe - grapes, apple slices, raisins, milk (it’s slow but it will work), yogurt… There are a ton of things. @Michel has a list of good things.

Sorry I was just fishing for options for both asleep and awake. Juice will probably be what I stick with during his sleep because of how fast it works and how easy it is to administer it.

At work atm but I’ll answer all questions later tonight that have been asked in this and my other threads.

If it helps recently read a study showing that normal levels of juice drinking are not associated with weight gain in toddlers: 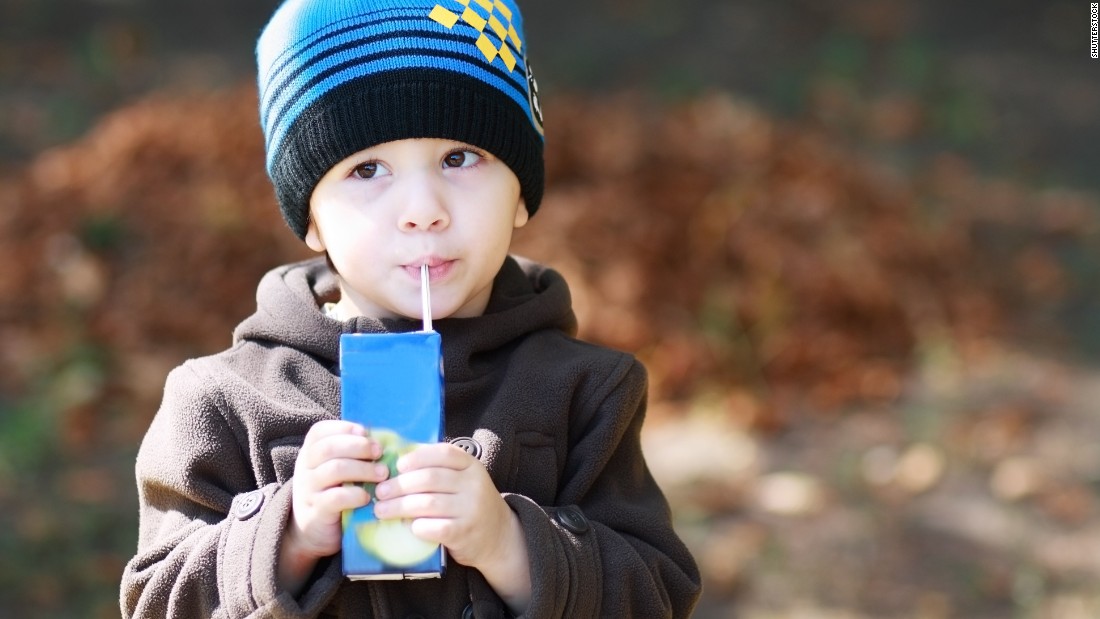 A new study suggests that drinking 100% fruit juice daily is linked to some -- but not significant -- weight gain in early childhood.


For the teeth, our dentist suggested swishing them with water as a chaser after the juice at night to prevent cavities. Try a syringe with water? (Our dentist also suggested a “quick brush” at night…hahahahahahah LOLOLOLOL!)
1 Like
ClaudnDaye April 6, 2017, 5:53pm #9

On the road right now, but I want to mention that we think our boy’s BG goes up faster w hard candy 35% faster than sugared water at 15 g/ 4 oz.

My suspicion is that conventional wisdom is wrong, and that hard candy is faster. We have been building a spreadsheet to prove it for the past 2 months. Not conclusive yet but close.

Well, he’s already got the diabeetus… so you dont have to worry about that…

I just eat whatever’s around, I usually carry glucose tablets or hard candy with me when I’m out and about… some people feel liquids act faster but for me it’s negligible…

This goes against a lot of what science says about absorption. If you are comparing the same amount of carbs and the same type of sugar or same glycemic index for the different things he is eating, this would be counter to what is currently believed.

Liquid carbs pass to your small intestine more rapidly than solids, and this causes the liquid carbs to get absorbed faster. There is no mechanical breakdown required.

Food will slow absorption of anything - liquid or other food, so the experiment would need to be done comparing both with the same amount of food in the stomach, and also with the same type - protein and fat content for example.

Also activity level can play a big role in this. Extreme physical exertion actually slows down the process.

The way to do the study would be with glucose clamp test! Let’s build a lab!

This goes against a lot of what science says about absorption

Try some experiments and see how it works for you. I am curious about results.

For us, we use hard candy as a test, Skittles and jelly beans. The ideal ratio for sugared water is, I believe, roughly 10 g per 4 oz. But we use 15 g/ 4 oz for reasons of volume and speed.

We have timed these experiments about 25 times so far and see a definite advantage to hard candy in the speed in which you see the effect take off: I suggest, for a metric, time to 50% of full effect (because you often need more after 15 or 20 minutes).

You need to do it with a BG meter though, not a CGM.

You know, I would agree with you in theory but on the other hand there seems to be a lot going on in the process of eating that is complex. For instance, the moment food touches your lips your brain triggers the “I’m eating” signal, which could be sending all sorts of other signalling cascades through the body near-instantaneously that affect blood sugar. Glucose can be released by the liver even if the food itself is still making its way from the esophagus into the stomach, for instance. So while the effect of a particularl low treatment on blood sugar directly (i.e. via its trip through the digestive system) may be more predictable, I’d guess the individual reaction to eating a particular low treatment will be much more variant.

Yes, what you are saying is true. For the non-diabetic, the process of simply smelling food can cause the liver to release insulin. But the affect of smelling and tasting generally cause insulin delivery, not the delivery of liver glycogen.

This is a tough one to test because of the variables involved. Even your state of dehydration and the molarity of the liquid being consumed affect how rapidly it is absorbed. And when you throw in all the other factors, like how much insulin is pushing the low, your activity level, and all the other things…we need a FUD lab.

You’ve been hijacked back!

I am stealing my son’s thunder (he is working on a thread on this) so I will give few details in this post. He uses mostly skim milk for night corrections, because (1) by using a straw and swallowing in the back of the mouth he doesn’t need to brush again, and (2) this way he does not add any more carbs to his diet than what he needs every day anyway (since, at his age, he needs 24 oz of milk every day).

More from him on this subject soon

he needs 24 oz of milk every day

Aren’t you French? Doesn’t your son consume the average 70 grams of cheese per day?