Ok, keeping a short story short. Cody’s pump (out of warranty) a Tslim just ■■■■ the bed. He doesn’t care whether the new pump is tubed or not. He had pretty good results with the Tslim and it’s algorithms. He is in college, so willing to change, willing to try looping, but doesn’t have much (any) time for diabetes in his brain. The beauty of the Tslim was his ability to set and forget and get reasonable results. With that in mind, if you were in the same situation, what pump would you opt for and why.

Thanks in advance for the input and discussion everyone!

I have been running Loop a lot more on my pods. Not all of the time.

And when I do use the Loop app, I am only closed Loop at night. (During the day, keep your hands off my basal, Jack!)

But the nice thing is you can use the PDM or Loop. You have an option there. And I think that is a great option.

After he tries it with the PDM, he can say…

But in any case, it’s a free trial since I am sending it. There is no monkeying with insurance. And he knows more after than before he tried it.

(BTW, if you do decide to go the OmniPod route, don’t get the Dash-Crap. Get the old-school pods!)

Also, @elver did the same pod trial when I sent it to him. He’s a Tandem guy, so let’s see what @elver thinks!

The beauty of the Tslim was his ability to set and forget and get reasonable results. With that in mind, if you were in the same situation, what pump would you opt for and why.

Why would Cody want to switch from the TSlim?

He doesn’t especially want to, he is just looking around to make sure he makes a considered decision. Especially if there is something that takes less work than the tslim. It would be nice to set a lower target for instance. But not if there is more effort required.

He doesn’t especially want to, he is just looking around to make sure he makes a considered decision.

Maybe ask Tandem if he gets another X2 now, could he trade it in for Mobi once released (Free or minimal cost) ? Or if Tandem would give loaner if current pump fails before Mobi is available. I think Medtronic used to do this. 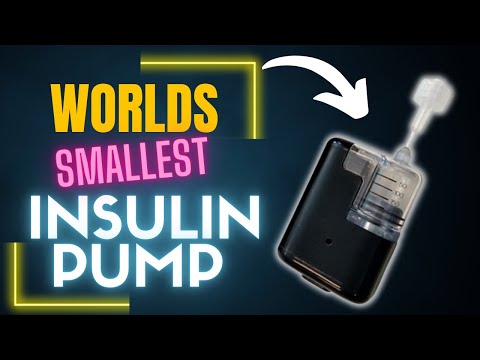 I have no basis to compare as I have only used Omnipods but the Omnipod 5 is great in my opinion. It’s certainly not a long term commitment to give it a try, its supplied via pharmacy benefit which makes things pretty straightforward.

I would start with the insurance company first to see what is covered.

Omnipod has 3 differnt types. The original EROS pods are covered with a PDM typically under Durable Medical side which is typcially a 3-5 year commitment.

The next one is the Omnipod DASH pods which has a PDM but some have used LOOP with it. Currently in pre-beta stage, so lots of learning curve if you loop. Typically paid for under the PRESCRIPTION side so no 3-5 year lock in.

Lastly, there is the Omnipod 5 (OM5) out now which is also on the prescription side. It uses a PDM that is shipped with the PDM and 11 pods in a welcome kit. Currently not loopable and no app on the iphone side but coming soon. Certain older Android phones work but very limited list of phones that work with OM5 for now.

If he likes the Tandem and is used to that and doesn’t mind tubes, then maybe that might be the best choice.

I myself came from Medtronic 640 to all 3 of the Omnipods and absolutely LOVE being tubeless. Personal preference i guess.

Thank you for the nice writeup of the options @bpollina. Yes, as a former MDT employee that is the only pump that isn’t on the table. Glad you like being tubeless. We tried one but had an unfortunate incident at the plate during a baseball game that kind of soured Cody on the idea of the Omnipod, but he doesn’t play contact sports anymore, so he may be more open.

I agree with Eric, that Omnipod, and Loop, are greet. At least they have helped me, someone who had previously had a rough time with SD snd TIR, esp due to sports and activities.

I switch between pods and tubed pumps; they both have their strong points. The pods are really convenient, in that there’s no need to disconnect/reconnect, and no need to find someplace to clip or stash the pump whenever there’s a clothing change. But the pods stick out, and I find pressure on them to be uncomfortable, so I can’t wear them in any place where I’d sleep on them or lean on them. And for me, I the pod can’t reliably deliver more than about 4 or maybe 5 units of insulin in a single dose: more than that and some seems to leak out around the unsupported cannula. So for me, large boluses need to be split into several smaller doses. LOOP helps with that, but it does make bolusing/prebolusing more complex and burdensome. (It turns out that Afrezza is working out great as a complement to the pod: rather than prebolusing or issuing multiple corrections, a dose of Afrezza solves any excursions with minimal fuss.)

By contrast, for me the tubed pump is very reliable at delivering any bolus up to 25u with the expected full effect. And the small, flat quicksets can go anywhere with no problems if I sleep on it or press on it. But there is that extra box to carry/clip/stuff somewhere, and disconnect/reconnect whenever I’m expecting to get wet. And a pump is DME, so if you get a new pump you’re kind of locked in for 4 years. That makes this an especially inauspicious time to get a t:slim since we’re at the end of a generation.

If I needed a pump right now, I’d probably go with LOOP and Omnipods, and I would not have insurance get the PDM, I’d either buy an EROS PDM for $200 out of pocket, or let Insulet give me a Dash PDM for free. Then insurance is just providing consumable supplies (the pods) so there’s no warranty lock-in that would inhibit switching to some new system that comes out. If I had to choose right now, I’d get the Dash pods and fight my way through the extra work to build and run the “in-progress” LOOP software, because the Dash pods talk directly to the phone via bluetooth, rather than relaying through a mildly troublesome Rileylink. Pretty soon (a month or two?) I’m hoping the regular LOOP release 3.0 will come out and “fully support” Dash pods for non-expert users.

Tandem flat out says that if you get the X2 now, and you want to upgrade to whatever newer pump they come out with, it will be $1000 out of your pocket to upgrade.
My X2 is, and has been, out of warranty for some time.
I am riding it out until either a new Tandem pump comes out, or this one fails.

Another plus to Tandem 2x is that the software is easily downloaded to the existing pump.
I just got a new one in March (warrenty ended) and it came with the latest software Control IQ. But… when they upgrade it again, I can do it from my computer.
Point being, it’s update able. So the commitment is not to a single iteration. Less FOMO.

Another plus to Tandem 2x is that the software is easily downloaded to the existing pump.

Well, yes and no. I have a perfectly good t:slim X2, but because it went out of warranty a couple years ago, they won’t let me update to the closed loop software, not even for a fee. They think they can make me buy a new $$$ pump that would be physically identical to the perfectly good one that I have now. Too greedy. I can be satisfied with Omnipods, and they can go [redacted].

Have you called Tandem support and asked if they repair out of warranty pumps or have refurbished ones at a discount? It might be worth the cost of a repair to get to the end of your 5 year cycle. By then
the X3 and Mobi may be available .

I know they refurbish X2 pumps. I just received one as a vacation loaner.

I know they refurbish X2 pumps. I just received one as a vacation loaner.

I can also vouch for this as I received one as a replacement for an in-warranty failed pump.

So Cody is learning toward another Tandem, the reason being he is getting back into Jiu Jitsu and he doesn’t think the Omnipod will survive rolling. Does anyone have significant experience rolling with an Omnipod? Good locations where it won’t get ripped off, etc.

The only experience I have with Liam doing BJJ is prior to Covid. He’s much smaller so not as physical as big people get during sparring but he had no issues with any of his tech gadgets being ripped off (Omnipod or CGM). After a while of rolling you tend to figure out where the hot spots for grabbing are (wrists, forearms, under the biceps, neck and head and,if rolling with Gi, sleeves, collar, and the front flaps for wrapping/chokes, etc.). You could do an experiment where Cody wears an non-activated dummy POD during rolling to just see if it ever gets yanked off.

That is a good idea @ClaudnDaye, thank you for suggesting the dummy pod to see if it survives. Also, pretty excited for the G7, since that looks lower profile than the G6.

@Chris I think we’re all looking forward to hearing Cody’s final decision! I think we’re all anxiously awaiting the G7 too. I’ve begun to wonder just what’s taking FDA so long…if it’s due to the diversion to Covid reviews, it seems time to get passed it; alternately, is there an issue they’re concerned about (cybersecurity, amount of complaints about 1st day/last day wonkiness, warm-up time being sufficient without further wonkiness, something else?).

I use a Tandem TSlim X2 and am also happy with the results. I am not big on the ‘surprise’ AutoBolus dosing, so keep my pump in sleep mode so AutoBolus is disabled. I often leave my BG a little high when I am exercising or on extended walks so the exercise won’t drive me into a low. If I don’t put it in sleep mode, I sometimes get a multi-unit bolus that I am not expecting or wanting (during exercise). Other than that, I am pretty happy with my X2 and probably choose it again.