After my acupuncture appointment, my Dexcom…

No worries, a fingerstick read 77.

I have had acupuncture before and never had this happen!

Was it due to a compression low by chance? Or maybe the acupuncture REALLY relaxed you to the point of dehydration!??

Not a compression low, for sure. Dehydration? Possibly. I am thinking something about the manual work he did on my neck and shoulders to stimulate blood flow may have contributed. Weird, for sure.

Did he work around the area of the sensor? Could have moved the sensor enough that it sensed a different environment I guess??

No, he did not place needles any where near the sensor.

ETA: I was doing some reading on vagal nerve stimulation (“rest and digest” system) and am thinking blood vessel dilation may have discombobulated the CGM.

Yep; happened to me this morning too, after a shower. “DO NOT REMOVE THE SENSOR”. For certain this is a new message from THE APP. Emphasis, and english, added. Here’s my personal story (according to the Dexterminator):

Nope, I’m not at 67, I’m at 79 (courtesy of a fingerpoop). I count five sensor failures there, all fixed up. Only the one that occurred during the nice hot shower was reported.

Hot showers do massively increase skin capillary blood flow (and I had a sticky high around 180 all night before, too much ice cream and tacos, or nuts in my case, call me a squirrel.) Then I walked around Portland, had a butter croissant and a mocha (big mistake, I’ll never do that again, I could feel it eating through my veins) sometime around the fourth drop-out.

My best guess is that Dexcom is now somewhat scared of competition from Abbott, so they really want to stop people contacting them when the sensor fails, hence the new message.

This will happen to me when I have a restarted sensor that is starting to “go”. But it also has a tendency to happens towards the end of a transmitters life for me too.

So that sensor had performed really well up till then and I had planned to restart it but I couldn’t pop the blippin’ transmitter out.

The new sensor is working very poorly: I had several random overnight drops that looked like pressure lows (except I wasn’t sleeping on that side!) and the readings are still very jumpy after 36 hours. So I have been doing extra fingersticks and we all know how much fun that is.

@CatLady The easiest by far to me is using a guitar pick to pop it out. I think different thicknesses make a difference on how easy, but I was able to find an 8 pack that contained a variety.

That’s a great idea, many thanks!

I use a barrette like those in the top left corner. The top side of it is stable and thin enough to work perfectly to pop the transmitter out! 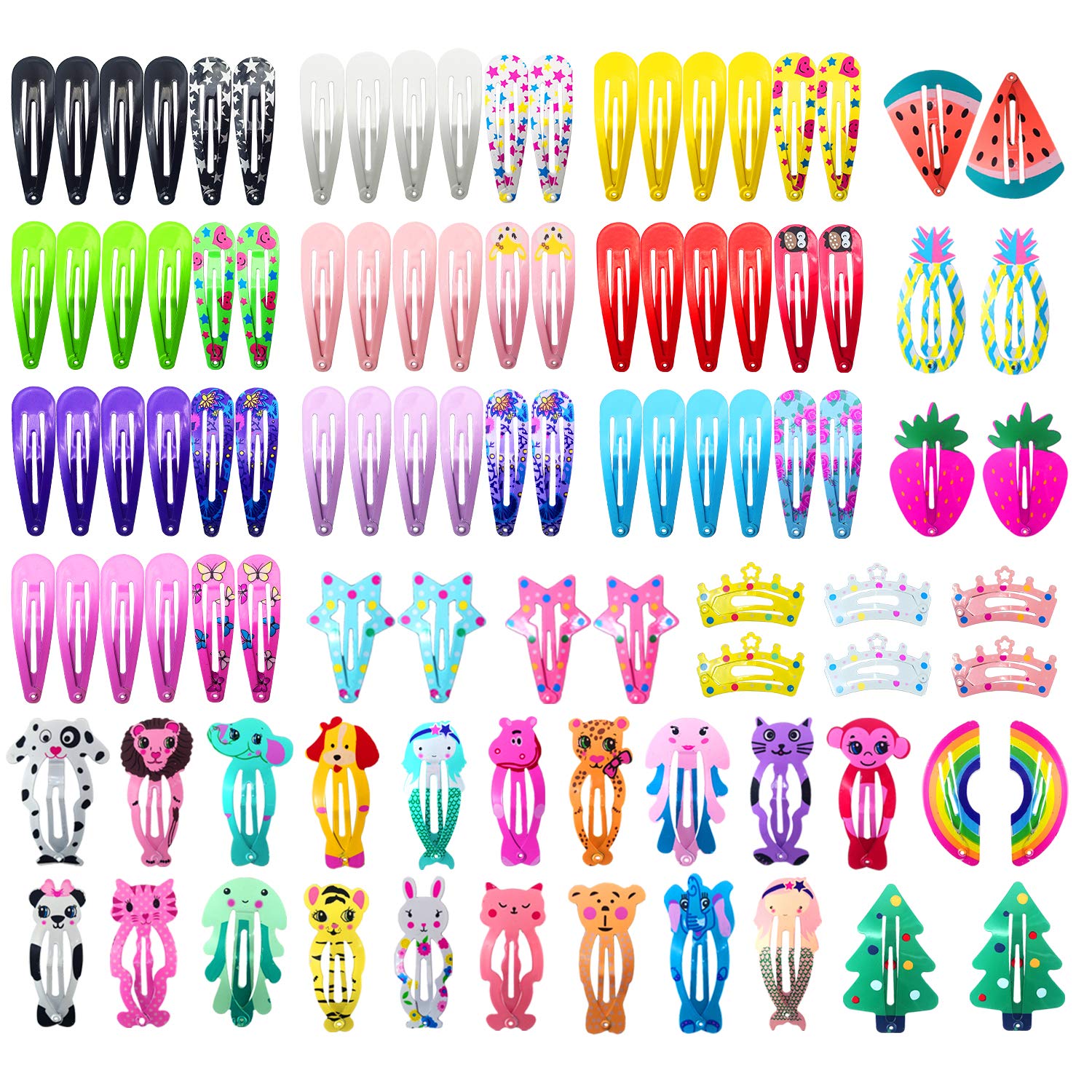 I have really short hair so I will have to buy one!!

So that sensor had performed really well up till then and I had planned to restart it but I couldn’t pop the blippin’ transmitter out.

My approach is to use Contour test strips; take a used transmitter and eyeball it along the side, you will see the mechanizm, the catch, that holds it in place. There is one on each side. Take two test strips, insert down between the transmitter and the sensor on each side at that place, wiggle (the test strips), enjoy the thrill as it pops out and drops to the floor.

@jbowler I always used to use the contour strip too. But a guitar pick is a lot easier! You can just insert the point on one side, turn it sideways and it pops right out. Most of the time you just have to do it to one side. Really a lot easier than a strip(s)! You don’t even have to be looking at it!

to use Contour test strips

They do tend to bend, but they’re always available. It’s important to use the “blood” end; the “electrical” end is half-thickness on both the Contour an FreeStyle strips (I don’t know about FreeStyle Lite; I only have the heavy ones from the old Omnipod PDM.)

The guitar picks I got with an iFixit toolkit are the same thickness, so they are quite flimsy too, but they are triangular so that probably helps. IRC “real” guitar picks are thicker with more rounded edges; it’s 20 years since I’ve been around a guitar player. My version of the iFixit tool kit has a metal spudger one end of which is the same thickness, size and shape as the blood end of a Contour test strip but doesn’t bend significantly.

Super thin but large enough you have no trouble holding it while removing sensors from awkward locations.