I’m new to FUDiabetes. But just want to say i’ve had great results going off the pump and using Tresiba. I’ve had type 1 for 30 years, and used about 5 different pumps over the last 18 years. I’ve had decent control while on the pump A1C’s 6.2-6.6 range. I also use a G5 with Xdrip or now Spike. I would have never gone off the pump if not for saving about $5K in insurance. However after using Tresiba for about 3 months my A1C’s has gone down in the 5.2-5.5 range and my stomach has greatly healed up. The other interesting thing is my BG SD has dropped from about 50 to 25, there’s way less random movement, its almost like there is a magnet pulling my blood sugar to around 100. Granted this is if the basal is set correctly but here again its much easier to do with 1 variable.
I think the fatal flaw not often brought up about pumps are the sites and the poor absorption from excess scar tissue and the fat accumulation, along with massive inflammation. Leaving a tube under your skin for 3-4 days causes inflammation and randomness in the absorption rate often with the last day or two having more variability. Seeing predictable results is extremely important. It also causes odd excess fat that can’t be ridden of in the lower abs.
There are some things i’ve did though using Tresiba that have helped, when i wake up i take 2u of novolog to combat the DP, and it just hangs at 80-120 and its super flat. I did notice at the start my BS would drop from about midnight till i woke up initially very slowly, but i just backed off my basel till it would drop less than 30 points over that time period.
I think i read a while back Sam on this forum saying how great Tresiba was but i’ve heard many things over the years. Its also not simply a better A1C, you also have to factor in the SD and the movement. With Tresiba is been like magic for having my blood sugar almost want to be in the zone. I also eat tons of rice and take does up to 9u w little movement. 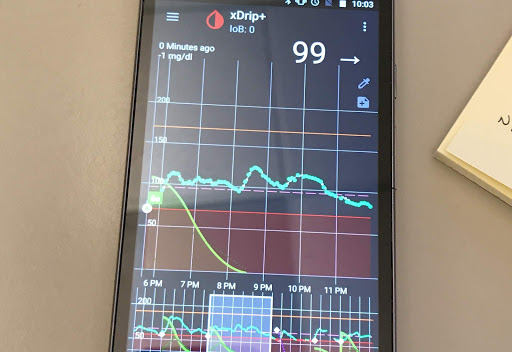 I have been diabetic for about 48 years, and never been on a pump. I’m not quite as good as you ,A1c In the 5.5-5.8 range, about 30 SD. I switched from twice a day Toujeo ( which was a disaster) to once a day Tresiba about 10 months ago. Control has been much easier and predictable.

I recently had a hemorrhagic stroke and my endo strongly advised me to raise my A1c to about 6.4, but it’s been difficult. I am going to ask him about a pump for basal when I see him on Tuesday.

I also use xDrip+. It’s great! Anyway, welcome to FUD!

Welcome to FUD. Glad Tresiba has worked so well for you! I’ve had diabetes for about 27 years and have been using a pump for the past 12 years. My A1c is usually around 6.0-6.5% (haven’t ever managed to hit the 5% range) with a standard deviation of 2.5 to 3.0 mmol/L (similar to your standard deviation on the pump). I think changing pump sites regularly is extremely important. I change mine every two days or every day if I notice any signs of irritation (I have problems with infusion set allergies).

I gave Tresiba a try back in January but it didn’t work well for me, mostly I think because my basal needs change dramatically due to hormones, and Tresiba just can’t be adjusted very quickly. I also couldn’t find a dose that kept me level overnight, although I only tried it for a month. I still have some in the fridge so may give it another try at some point when my schedule is less crazy.

That’s awesome! I love tresiba too.

You brought up some key reasons I’ve avoided going on a pump, which aren’t often mentioned.

Welcome to FUD @SFBob. Great first post! That is a very nice summary of why you have made your decisions and what you have been able to accomplish. That is a terrific looking line. If it isn’t too personal, how many carbs are you averaging a day?

Hi Chris, I eat 3 meals a day, each with about 70 carbs, so about 210 carbs a day. I like to eat about the same thing every day. I’m a big fan of plain white rice and some sort of veggie and a protein source. And i do have 2-3 beers at night while watching netflix:) The other thing i have is a digital scale and eat X grams of white rice. Not sure though if it matters, i think acting like its ground hog day helps, being predicable helps a lot. And i do go swimming in the morning, i love swimming.
Who knows maybe in 3 months i think differently. I remember when i first got the pump 18 years ago i thought i was free as well. When i was a kid i used to take R/Lente 2x, it wasn’t bad but i did pass out almost yearly. I remember going to camps and other kids saying you don’t take NPH you must be odd school. The other nice thing i’ve noticed since doing needles are the needles are crazy small now, i have been using these BD Nano 32g 4mm, its almost pain free. It’s awesome we have so many options now, cheap cell phones, cgms, pumps, fancy new drugs, small needles, software. Tresiba isn’t a fix for all cases… its not by any means, but its made me aware that its good to explore a bit. Here’s my latest, this is on spike. I think i like xdrip the best though. 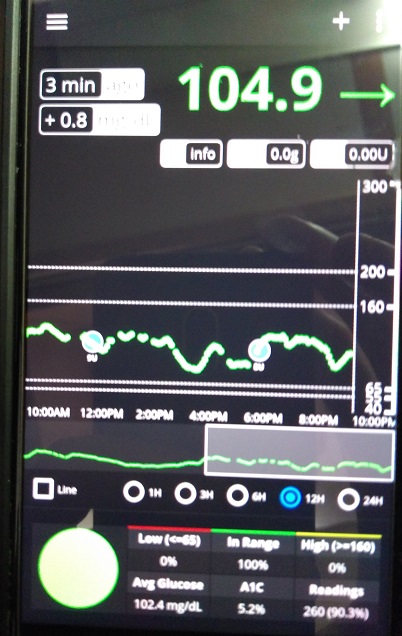 Nice, that is a good amount of carbs. i.e. it isn’t too restrictive in the grand scheme of things. My son manages on about 120 a day, when he does more for any length of time his control slips. The one thing he hates more than most is the super high highs, followed by coming back into a normal range. He is quite carb sensitive, so that happens frequently if he eats more carbs without a well planned pre-bolus. The tech looks pretty nice. We are using the “standard” app from Dexcom due to the Share function which is quite awesome.