@SLEE’s post on switching from Medtronic to Tandem reminded me what a hard choice it was for us to pick a pump, and how difficult it was to (a) understand the pros and cons and (b) figure out what was most important to us. I would have loved to know what other people’s choices were driven by. So here is how it went for us.

Last December, we picked an Omnipod pump for my 12-year-old boy, after spending several months of investigations. My son is a young teenager in puberty who spends many hours every week in sports.

We were really interested in the Medtronic 670 that was coming out this spring, since it can maintain closed loop control (the ill-named “artificial pancreas” that isn’t one). But we found this pump very kludgy and really unmanageable for a kid who is spending hours every day in sports.

The Tandem Tslim X2 was our next contender. We were really interested in it, and it made the final two list. We liked the touchscreen and the small size. We were worried about the fact that it had been recently introduced, and, later, what we read about practical issues in use (occlusion alarms, reservoir issues) did bother us – but that was after our decision had been made.

We discarded the Animas Vibe quickly. We use a Dexcom G5 so the fact that the Vibe works with the G4 was not helpful. It felt like an older generation pump.

We picked the Omnipod primarily because my son’s many hours of sports (including a lot of swimming) every day make it the only pump he can actually still wear while doing sports without having to disconnect. What we don’t like about it:

Tandem X2 - upgrade-ability, small size, sleek function, less button presses than other pumps to deliver insulin, and just for the record, we have never had an occlusion alarm and haven’t had any reservoir issues in almost a full year of operation.

Went from Animas Ping to Tandem t:slim X2
Didn’t really want to leave the Ping as basically happy. But it was about six years old with two minor issues and one serious issue. (Animas tech support said they would have replaced the pump for any one of the issues but it was out of warranty.) The Animas Ping had already been replaced once under warranty. I have nothing bad to say about the Ping. It was a good pump. Animas however was refusing to release any information about a newer pump (the Vibe being in my opinion an older pump at this point).

The Dexcom is the most important technology in my opinion. Our health, safety and well being are entrusted to Dexcom. Per FDA approval in January, we really do make treatment decisions based on what the Dexcom says. This is a really big deal.

As I see it, a pump at its most basic simply does what it is told to do. In an integrated system, the pump will do what the sensor technology tells it to do.

Certainly the pump needed to be age appropriately FDA approved. I love all the crazy experiments some of you guys do. I just can’t get there yet. We take little and cautious steps for now. But love hearing what you all do.

The Tandem t:slim X2 appeared to fit our needs. It did not have everything we wanted at the moment but we are patient. With the planned upgrades (and the pump supporting remote upgrades) which it has publicly announced in its pipeline, this pump will have everything we are looking for.

From an idealist and activist point of view (of which I am neither - lol) I do like the concept of supporting the “little guy” against the “corporate giant” and helping to increase competition and choices. The reality is those were not something I could afford to balance health and safety against so they were simply nice “after the fact” ramifications of our decision.

(although we are only about six months on the Tandem)

How about an old-school choice, still relevant because of OpenAPS - the Medtronic 522/523? Personally, I think getting one of these older pumps is worth serious consideration for anyone who is using a pump and a CGM. If you are using a pump and CGM anyway, then why not tie them together to get an open-loop artificial pancreas now? Of course the Medtronic 670 mentioned earlier provides most of this functionality (and easier out of the box startup) in a commercially available package, and as similar from other companies become available this will probably reduce the appeal of the retro 522/523 choice. But I still think it is worth consideration, and some time spent investigating the OpenAPS option, at this time.

We have at least one family on here using OpenAPS. Yes, it certainly has some nice abilities, even more than the commercially available option where you are limited to a small number of choices as your bg target. So that is a great reason.

The DIY loop systems are enticing, but I would worry about how much time I’d have to devote to it (on top of diabetes in general), tinkering and tweaking and figuring out software. I prefer to keep life simple, and I prefer that my diabetes doesn’t take over, or at least not any more than it needs to.

I was off pumps for about a dozen years before starting with the Omnipod last December. I’d kept up with advances in pump technology (or at least added features) while being back on MDI, but Omnipod being tubeless made it a no-brainer for me. I just could never get used to the tubing. I roll a lot in my sleep, and I’m a light sleeper, so for years I was constantly waking in the night to unravel myself, and I could never get used to wearing any kind of strap or holster. That took its toll. For me the Omnipod is unnoticeable. Best of all, it doesn’t interrupt my sleep. But I also love not having to figure out how to get dressed with it, love not having to find a place for it when I’m not fully dressed, love being able to just get out of bed and move freely, hop in the shower or swim without having to disconnect, etc., etc. It has some minor drawbacks, but I’m willing to live with those to be tube-free.

Come out with a closed-loop and tubeless pump and I’ll be first in line.

I’d kept up with advances in pump technology (or at least added features) while being back on MDI,

I’ll bet you didn’t have a single pump problem while you were on MDI.

With all of the advances in pump technology I still have no interest in using one. Basal insulin technology has been advancing as well, and Tresiba seems to work pretty darned well.

Think of other 1990 technology… that’s the same year Motorola introduced the very first bag-phone. The first telephone answering machines appeared in 1991. Also in 1991 second to last time comet Harrington Abell was at perihelion.

We use an old Medtronic 522 with an openAPS rig. We initially started with an Animas Ping because of the remote, and because we had heard scary stories about occlusions with the OmniPod.

I do miss having a remote for bolusing (with kids this is more important than for adults), but the benefits of having the loop running all the time do outweight the inconveniences of having to fish a pump out of a pocket on a squiring or handstanding child. 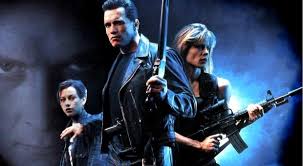 I really hope Tandem makes remotes available when they activate the Bluetooth communications.

It is not in their public pipeline so I am not holding my breath but it seriously stinks not having a remote any longer. (After being used to the Ping remote.)

Ahh, I do miss the days when the governator was busy making movies and not busy screwing up California.

But I still think it is worth consideration, and some time spent investigating the OpenAPS option

I totally agree. OpenAPS appears to me to have very significant advantages over the 670. It still don’t quite understand some of the choices, for instance in terms of what reference point to use (BG = 120). Or, more precisely, I understand the likely reason why they did it, but don’t agree with their rationale AT ALL. I don’t want people to make decisions for me.

There is a significant amount of work required by the implementer in OpenAPS, of course.

For me, the best of all worlds would be an Omnipod with an open-source communication protocol.

For me, the best of all worlds would be an Omnipod with an open-source communication protocol.

I’ll have what he’s having.

@Beacher, openAPS is definitely more of a time commitment. I love math and dynamics, and so I don’t mind spending a lot of time looking at and tweaking variables, and I would estimate we shave at least 0.5 percent off my son’s A1C without adding extra effort during the day. I also spend a lot less time thinking about his BG in the moment because most of the actions needed are on auto-pilot.

But it’s not an “out of the box” solution and the time you make up in day-to-day vigilance can easily be soaked up by things like finding good batteries, updating the code base, coming up with housing devices, and tweaking settings.

they’re working on an openomni system. It’s slow going though because it’s all volunteer-run.

I halfway agree with you. Your delivery method is different. And there is one that I use a lot which is also different.

But the problem is not the insulin. The insulin being used in pumps now is, for all intents and purposes, the same as the insulin a non-diabetic’s beta cells make. Current insulins are made from recombinant DNA. It’s not too far off.

I can take that same 1990’s insulin and make it work just like it does in a functioning pancreas. I do that a lot.

The next big leap will be the pump company that stops using the antiquated subcutaneous delivery method that has been in existence for so long, and delivers it via a port in a vein somewhere.

You can come up with all kinds of fancy pump features, and connect it with the automated reading of interstitial fluids all you want, but until you fix that big delay - in both the absorption and removal of the insulin - we will always be stuck in the 90’s.

@TiaG That really does look like an excellent solution.

And BTW, the photo of the young lady at the bottom of the page is simply heart rending. The wonderful things that the open source community has accomplished with diabetes management deserves no less than a Nobel Prize.

They do have internally-implanted pumps and a handful of people around the world use them. They have pretty awesome BG control and a sharp reduction of complications. But the challenge is that they’re pretty large, meaning you would need to create much more concentrated insulins and miniaturize the delivery devices to make them viable. Plus, if they stop working it’s a much bigger deal to take them out, get them fixed, troubleshoot, etc.

_ETA: Any kind of implantable device also runs a huge risk of getting an antibiotic-resistant biofilm of bacteria on it, meaning it will have to be removed or can cause death. _

I think the risk of infection is the other big issue with things like IM or veinous insulin administration. Also, there will always be issues with intravenous administration of insulin unless the insulin goes straight into the portal vein. Most of the insulin we use first gets targeted to the liver before it hits the pancreas, peripheral insulin delivery through veinous circulation will still expose the rest of our tissue to excess insulin.