I found an intriguing tidbit that I thought was worth sharing after following Michel’s post about Stackexchange. It has very few diabetes posts, but someone there is using the Freestyle Libre Pro, which is normally a physician’s tool, as a diabetes management tool.

However, the person in question was writing that he bought both sensors and scanner in India, and uses the system himself here. I looked up the price of the system in India: The sensors appear to cost $32 (2,000 rupees) for 2 weeks of use, while the scanner costs about $80 (5,000 rupees).

So, if you have access to someone who travels to India, you could get a year’s worth of CGM use with for about $900 – again, with no alarms. For us, this is somewhat of a non-starter because the alarms are critical to monitoring a child.

FYI, it appears that there are compatibility issues between the system used in India and the one used here, so I would not be sure if you can use Indian sensors with a US scanner and vice versa.

@MaryPat There area few workarounds to turn the Libre into a CGM that involve Bluetooth dongles. In order to have a receiver you have to use something open source like xDrip, which has connectivity to the Libre data.

There area few workarounds to turn the Libre into a CGM that involve Bluetooth dongles.

How do you scan the sensor all the time? Or do you mean the Libre Pro?

@Kaelan No, there are ways to turn the Libre into a CGM.

I believe the Libre scanner uses NFC. There are NFC to Bluetooth dongles that are worn adjacent to the sensor and they constantly read the sensor and send the data out via Bluetooth to a receiver, usually a phone with an app on it that can read and interpret the data.

One is called the LimmiTTer (I think), and there are a couple in development on group funding sites. Most are European based for obvious reasons.

One is called the LimmiTTer (I think), and there are a couple in development on group funding sites. Most are European based for obvious reasons.

The LimiTTer is a DIY transmitter, a couple of months I heard about a company that sells ready-to-use transmitters: https://www.ambrosiasys.com/
I don’t have an FSL, but if I could afford it, I would consider building or buying a transmitter for use during the night. During the day I wouldn’t like to be disturbed by alarms, but while asleep it would be great if something could warn me.

Welcome to the forum, @Boerenkool!

The LimiTTer is a DIY transmitter, a couple of months I heard about a company that sells ready-to-use transmitters: https://www.ambrosiasys.com/

That is VERY interesting! After reading @docslotnick’s post, I spent 45 minutes researching dongles. I found the LimiTTer on Github (it is beyond me), and found a couple of dongles that had tried to raise funds but none actually selling a real dongle – this is really a good find.

What is too bad, though, is that it is one-time use only: $35 per dongle, and you have to toss it every time you toss a sensor. Between the two, it’s only marginally cheaper than a Dexcom, a brand I really trust. I am still hoping that someone will come out with a commercial version of a long-living dongle!

edit: After reading Boerenkool’s comment below, I realized I was wrong – Ambrosia has a 2nd system, the Nightrider, that is a permanent dongle where you can change the battery! It costs $110, and this one is, in my opinion, a game changer if you have access to the Libre sensor.

Welcome to the forum, @Boerenkool!

What is too bad, though, is that it is one-time use only: $35 per dongle, and you have to toss it every time you toss a sensor. Between the two, it’s only marginally cheaper than a Dexcom, a brand I really trust. I am still hoping that someone will come out with a commercial version of a long-living dongle!

If I had to use it, I would buy the more expensive reusable dongle. However, I read somewhere that their app doesn’t have an alarm function yet, which would defeat the whole purpose of the dongle to me.

their app doesn’t have an alarm function yet, which would defeat the whole purpose of the dongle to me.

We might be able to use IFTTT if their app uses Apple Heatlh or something equivalent?

@Michel, would the forum have access to some sensors and try out the combination? We could buy a dongle for the purpose.

would the forum have access to some sensors and try out the combination?

I’ll see what we can do. I’ll call Abbott and find out. I agree it would be cool to test!

If anyone has access to some Libre sensors can you please PM me?

If anyone has access to some Libre sensors can you please PM me?

oh, i really wish that i did; i am wearing one now that my endo put on me. it is sooooo much more comfortable and convenient than the dexcom sensor. it is half the size …the size of a silver dollar and almost as thin. it is attached to the back of my left shoulder. it is waterproof, so i can swim with it, and there is no receiver that goes to ??? every time i swim laps.

my endo will download it at the end of the 2 week period and have 24/7 access to my BGs. (and the scanner is pretty cool too.)

LIbre sensors can be bought on Ebay. I was looking for them a few weeks ago after reading a post on “the other site” concerning using the Libre pro to get a better idea of BG control. I haven’t bought any yet, as the prices were “a bit out of my wallet’s reach at the moment.”

@MaryPat, not sure if you saw this thread by @kenrick about using a regular Freestyle Libre with the Blucon reader to make a CGM equivalent:

Earlier this year I pre-ordered a Blucon Nightrider from Ambrosia Systems (https://www.ambrosiasys.com/). This is the reusable device that sits on top of the freestyle libre. Well, a few months ago I started on a minimed 630g with Enlite sensors and forgot about the Blucon until it arrived a few weeks ago. I happened to come across a couple of unused Freestyle Libre sensors during my seasonal cleaning so I thought I would give the system a try. The blucon itself is about as thick as a pen and …

In the past there some really good news.
Here in europe ara many people using the Libre as CGM. I self use a Sony Smartwatch 3 as NFC to Bluetooth bridge. There are some other projects for bridges. The most Information i got in the facebook group “freestyle libre freaks”
There are files with documentation and howto’s.
Some additional interesting links:
https://bluetoolz.de/blueorder/#home
https://mareklibre.blogspot.de/2017/08/transmiter-mini-eng.html?m=1

You also will find very interesting storys by searching for #WeAreNotWaiting

@jroth, welcome to the forum, and thanks for the interesting links!

I self use a Sony Smartwatch 3 as NFC to Bluetooth bridge.

@jroth, could you share more information about your setup? I’d love to read more about it.

Thanks for the great links!

Hi Mary,
Currently I’m following all the News and evolvement of #WeAreNotWaiting.
My current setup is:

In the next weeks i’ll get the NightRider from Ambrosia Systems (https://www.facebook.com/ambrosiasys/).
This will replace the Sony Smartwatch and the app LibreAlarm and the battery will be better.

xDrip+
This is the best App I ever seen!

my NightScout Web
I use it also ti visualize and collect data.
It has also reports,…

NightscoutLoader
An java based desktop app for analysing data

Later I plann to use AndroidAPS.
Currently my veo is not compatible. If its fault and I’ll get a new one, I’ll take the DANA RS.
Then I’ll be able to run a closed loop… 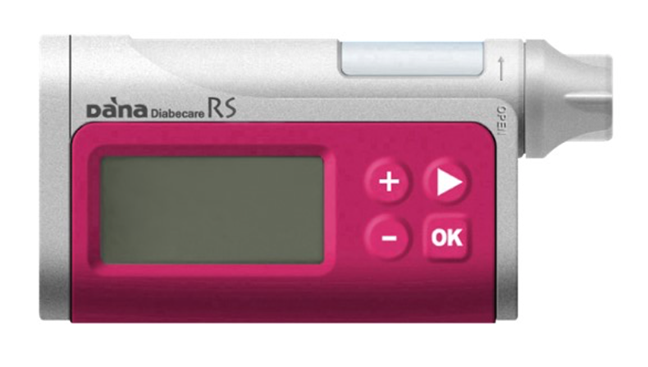 Korea-based SOOIL is launching a new insulin pump outside the U.S. that integrates with open, patient innovation solutions for automated diabetes care.

My current setup is:

Android Smartphone
Freestyle Libre FGM (I don’t have a CGM)
Sony Smartwatch 3 with special Firmware and NFC enabled.
LibreAlarm (scans every 10 minutes and transmitt the data to the smartphone)
xDrip+ (get the data and do the upload to my NightScout Web)
pebble smartwatch

Thank you for the very valuable information, @jroth! I hope you will keep on updating us with your system changes. I am very interested in reading about your experience with Ambrosia Systems, as I have been following them for a while.

I just got the smartwatch 3 to read my Freestyle Libre according to your instructions, I however am used to using mmol as measurement and not mg/DL. I have switched to mmol in the app on my phone but still getting mg/DL on the watch. Do you guys have any idea how I fix this? Thank you in advance

Do you guys have any idea how I fix this?

Long ago that I used this combination.
Now I’m using the blucon nightrider.
I think you have also a software libre alarm.
Maybe you can set it there.