I’m curious if anyone here has had any side effects from Tresiba? Or, heck, any other insulin? I certainly haven’t in the past, though I have had side effects to other medications.

For several weeks now I’ve had a headache which I feel is due to sinus issues (the headache is at the front of my face, plus I’m stuffed up, ear pain, hearing seems off). It occured to me that this started happening not long after I started Tresiba, and so a bit doubtfully I looked up side effects…

Headache AND sinusitis are both listed as “common” side effects. So is runny or stuffy nose and injection site reactions (I find after most injections my site stings for about 30 minutes, which doesn’t happen with Fiasp). Kinda surprising, honestly.

I’m going to make an appointment with my doctor on Monday to see if there’s an actual infection, but I don’t feel like I have an infection, I feel like it’s just swelling/inflammation bothering me. Otherwise, I don’t feel sick at all, and no fever or anything like that. But the headaches are extremely annoying and disruptive. Aside from taking Advil twice a day (which I’ve been doing for the past two weeks or so, which can’t be good!) I haven’t been able to find any other way to get the headaches to go away and stay away.

Of course, how to tell side effects apart from just some sort of virus or allergies or other factors may not be easy. But this has got me wondering.

Ugh. I’m sorry. As a headache sufferer, it’s something I’d never wish on anyone. And sinus issues suck. If I recall, you take anti allergy medication regularly, and it’s not prime allergy season.

This article about sinus issues is interesting and thought you might find it so: 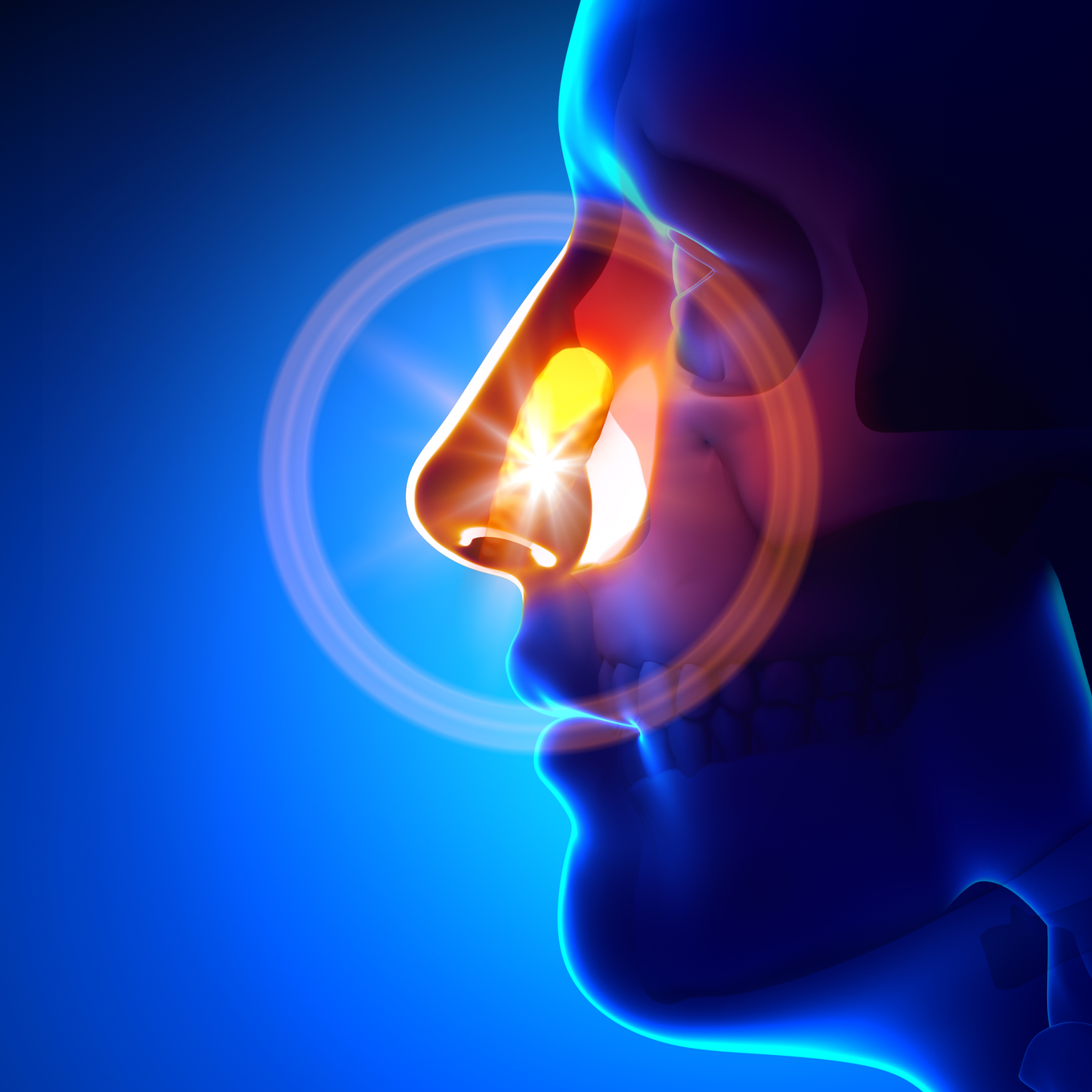 When do you really need antibiotics for that sinus infection? - Harvard...

Also, for headaches, my three tiered attempt at reducing them is: Coke (other soda doesn’t work but Coke does), hot shower, Advil. Sometimes the first two are enough.

If I recall, you take anti allergy medication regularly, and it’s not prime allergy season.

Unfortunately, I can’t drink (diet) Coke unless I want to be up all night.

I could try the hot shower, though.

I’ve only once in my life had a sinus infection that required antibiotics (or it was more like a “nasal passage infection”). In my experience, doctors here are reluctant to prescribe antibiotics without actual cultures showing a specific bacteria growing. I highly doubt I have an infection, but something sinus-related seems to be going on recently.

I can’t drink (diet) Coke unless I want to be up all night.

I wonder if caffeine-free diet coke would also work?

I wonder if caffeine-free diet coke would also work?

I’m also not sure I’ve seen caffeine-free Diet Coke in years. Does it still exist?

Does it still exist?

Yes. I saw it a week ago in shelves. I never buy it though

Yes. I saw it a week ago in shelves. I never buy it though

Weird, I don’t think I’ve seen it here in years… Maybe it depends on where you live. (I also haven’t looked that hard, as I usually drink Zevia these days rather than stuff with aspartame.)

I’m also not sure I’ve seen caffeine-free Diet Coke in years. Does it still exist?

Yes it still exists, but no it won’t help, because it’s the caffeine that helps (and caffeine from any source can help headaches, although tends to worsen chronic ones in the long run is recommended against for more longterm problems).

Also, I haven’t noticed any side effects I could attribute to Tresiba. I’ve had allergic responses to other insulins before (Levemir and Lente), but only at the injection site.

I actually felt weird when I first injected Levemir after disconnecting my pump for the first time in 11 years. I had sort of a weird, hard to describe feeling in my head and eyes, and I think I remember feeling it when I first was diagnosed and put on Levemir. It went away after a day or 2 though, so maybe it’s just your body reacting to a new substance being injected.

I had a similar feeling on Levemir, verging on a headache, @Jen. I have chronic sinus issues, too, and it wasn’t that.

In my experience, doctors here are reluctant to prescribe antibiotics without actual cultures showing a specific bacteria growing.

On a completely off-topic note, it’s nice to see doctors somewhere practice medicine appropriately. I was given round after round of antibiotics for years for chronic sinus infections before finally seeing a specialist for surgery, and still no one thought to do a culture until 3 years later (infection was, not surprisingly, still there).

For several weeks now I’ve had a headache which I feel is due to sinus issues (the headache is at the front of my face, plus I’m stuffed up, ear pain, hearing seems off).

OK, that’s it. I finally have to say it. Were we separated at birth? When your numbers are crazy, mine are crazy. When you flatline at night, I flatline at night. And now this. Since before Christmas I’ve been stuffed up and one ear feels a bit plugged (but I don’t have the headache). I thought I was allergic to the Christmas tree, but that’s long gone and nothing has changed. Even steroid sprays aren’t helping. And I’m not on Tresiba and I haven’t changed insulins. I look forward to your post saying everything has cleared up because that will mean mine has cleared up as well.

That’s so funny! Unfortunately no clearing up for me. I’m also taking antihistamines and a nasal spray every day. So if this is allergies, then that really sucks. And it’s weird, because I’m not really congested like I would be with a cold, it’s more like my nasal passages and ears are swollen inside. It’s extremely annoying, whatever the cause.

My guess is that sinus and headache issues are listed under Tresiba side effects because they’re a hugely common issue, and so some fraction of people taking the drug wind up having this problem completely unrelated to drug usage, and then mention this issue to doctors who are then required to list it as a common side effect. Whether it’s much more common in the Tresiba versus placebo group, however, isn’t clear: the idea that 10 percent of people in the trial reported a cold, or a headache, however, doesn’t seem hugely surprising.
Then again, drugs are mysterious and have lots of surprising effects, so I wouldn’t be totally surprised if Tresiba legitimately did cause those symptoms.

It is dust and mold season. I have been sneezing and congested for the last little while too.

It is dust and mold season.

Yeah, I’m really allergic to dust. I try to keep my apartment dust-free, but I’m sure that’s a futile task. I don’t think I’m allergic to mold (one of the few things I’m not), but it’s entirely possible I’ve developed new allergies.

Extra Strength Excedrin is my go-to for any type of headache, migraine or other. it is loaded with caffeine. i think thats why it works so effectively. and if you are worried that you wont sleep well, i recommend taking 2 Benadryl before bed. (YDMV). it will certainly dry you up without making you feel over-medicated.

also, even though it is not technically allergy season, there is an “alergy” bug going around. i had it, then my husband had it, my cousin has it, now my mom has it, and now i have it again.

so it is entirely possible that that is what you are experiencing. one way i know to find out if it is indeed an infection is to see if your BGs are wonky and higher than usual. i am a pumper and have just had to increase my basal rate to accommodate the bug, whatever it is.

hope you figure it out and that you feel better asap.

I’m thinking this is likely allergies. I was out of my apartment for most of the day today (for the first day in weeks, since I’ve mostly been home) and I had no headache and my nose was feeling more like traditional allergies. So I think I’m allergic to something in my apartment… Seeing my doctor this week, so will get a referral to my allergist, I think!

Yes, it’s the caffeine that helps me. Although the sugar and Coke syrup helps with the nausea. And I’m generally so wiped that I pass out after the shower anyhow. But losing sleep sucks too! Maybe try it on the weekend?

So nice to hear of practitioners NOT overprescribing antibiotics!! For years I had these crazy sinus headaches, but they all thought that it was a sinus infection so I was on about 10 courses of antibiotics when I was younger. Then someone realized it was migraine headaches.

Headaches as a side effect would be a deal breaker for me.

I had a chance to ask him: Eric reports that had a few headaches while using Triseba, and it was unusual because he rarely has them.

I hope you find some relief!