This bill is flying completely under the radar

So apparently the Senate is trying to vote on a version of the health care bill before the July 4 recess: 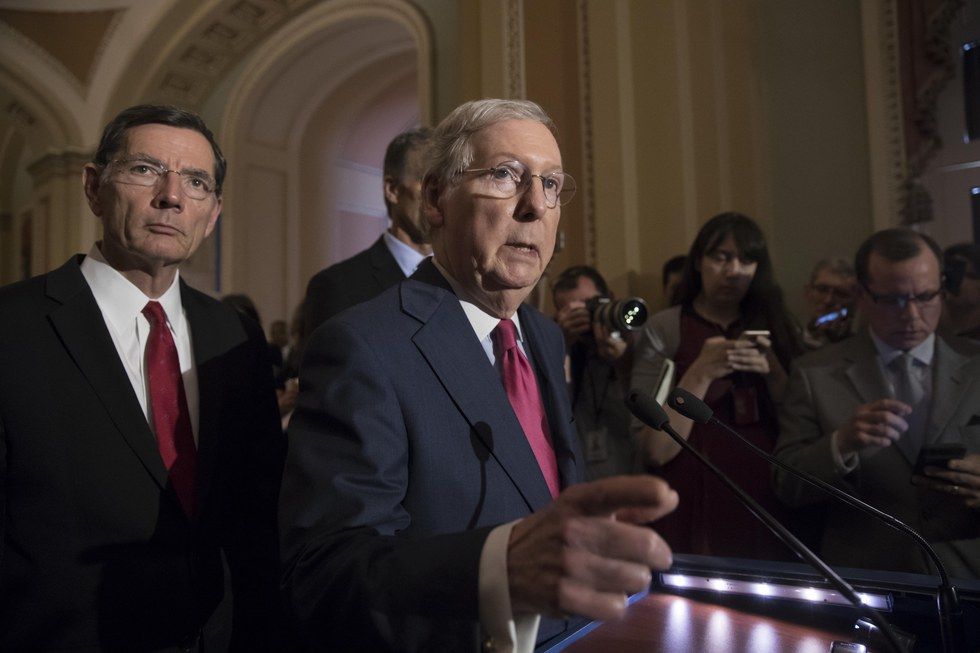 Instead, they'll just send the draft to CBO for scoring as soon as it's finished.


However, they won’t release their version until the last possible moment. Apparently they learned from mistakes in the house, where letting people know what was actually in the bill led to furious calls from constituents. So they are just not disclosing what’s in it until there’s too little time for people to respond. Call volumes have decreased to the levels they were before the House took up its bill, likely because the media is distracted by all this Russia circus and most of the public doesn’t realize the Senate is discussing this issue.
Whether you are liberal or conservative, this should be incredibly frustrating and frightening. I don’t know if I disagree or agree with what’s in the bill because I have no idea what’s in it . I think it’s only fair to have more than a week of public disclosure before the Senate votes on something that remakes a huge fraction of our economy and affects the healthcare decisions of 100s of millions of people.
Whether you call your senator to voice support for a conservative solution or to voice support for Obamacare, you should definitely urge them to leave more time for public debate before a vote.
docslotnick June 12, 2017, 6:30pm #2

Whether you are liberal or conservative, this should be incredibly frustrating

Right on @TiaG. This bill needs to see the light of day and garner public support. We don’t want another healthcare bill passed against the will of the people like ACA was. We need something that is fair to all.

It blows my mind that in the US you can pass bills without disclosing their content. Why is that even possible?

They won’t pass it without disclosing it – but they’ll disclose it late.

The point is not that it won’t be disclosed at all. But if they disclose it and only allow, say, a few days for public comment, that is not enough time for various interest groups and citizens to process it and adequately voice their concern.