Switching from Humalog to NovoRapid - excited, but nervous

I’ll be switching my breakfast insulin from Humalog to NovoRapid (I think this is call NovoLog outside of Europe - insulin aspart) and I am excited, but a bit nervous.

I’ve been using Humalog for meals but found it to be working too slowly at breakfast. I’d do a 30 minute pre-bolus, see my cgm start to go down about 20-30 minutes later, eat, see a big spike half an hour to an hour later (from ~110 to ~200), then over the next few hours, it’d gradually come down, leveling off around 110-120 about 2-3 hours after eating.

To reduce the spike, I started pre-bolusing 30 minutes, eating a first breakfast of just half the carbs I’d bolused for (usually just toast), then waiting 1-1.5 hours until I was trending down or at 100, then I’d have a second breakfast of my remaining breakfast carbs (usually fruit or berries). This would lessen the spike to just 150 or so and I’d still level off at 110-120 about 2-3 hours after my first breakfast.

Both ways, I have about 20-25g carbs for breakfast and do 4 units Humalog for it and a correction, whether breakfast is eaten all in one go or split in two sittings.

I mentioned this at my appointment last week and was told NovoRapid or Lyumjev might work well for me. Of the two, I thought she’d recommend Lyumjev since it’s insulin lispro, like Humalog, but she said about 1/3 of her patients who tried Lyumjev had reported a burning sensation, so she recommended NovoRapid for me.

I’m going to give NovoRapid a try this week for breakfast (I’m keeping Humalog for lunch and dinner since it seems to work well for me outside of breakfast), but I realised I didn’t ask how I should dose NovoRapid.

Should I try the same dosing as I do for Humalog? 4 units for 20-25g carbs and a correction?

Since NovoRapid works faster, do I not need to pre-bolus?

I was just diagnosed Type 1 in August, so I’m a bit nervous going into my first out-of-hospital insulin switch. I’m comfortable making other changes to my dosing, but this is the first time the actual insulin has changed, so I’m not sure what to consider or what to expect.

I work from home, so any problems, reactions, lows or highs can be easily dealt with.

Below is a good comparison. I have used novolog in pump for many years, after using Humalog. Novolog is slightly quicker to kick in.

But can vary by site of injection, for me via pump in abdomen. I did experimentation with food choices and combo of carbs, fats, proteins to determine bolus amount. With lower carb, higher fat, protein, in meal, will use split bolus/extended bolus. 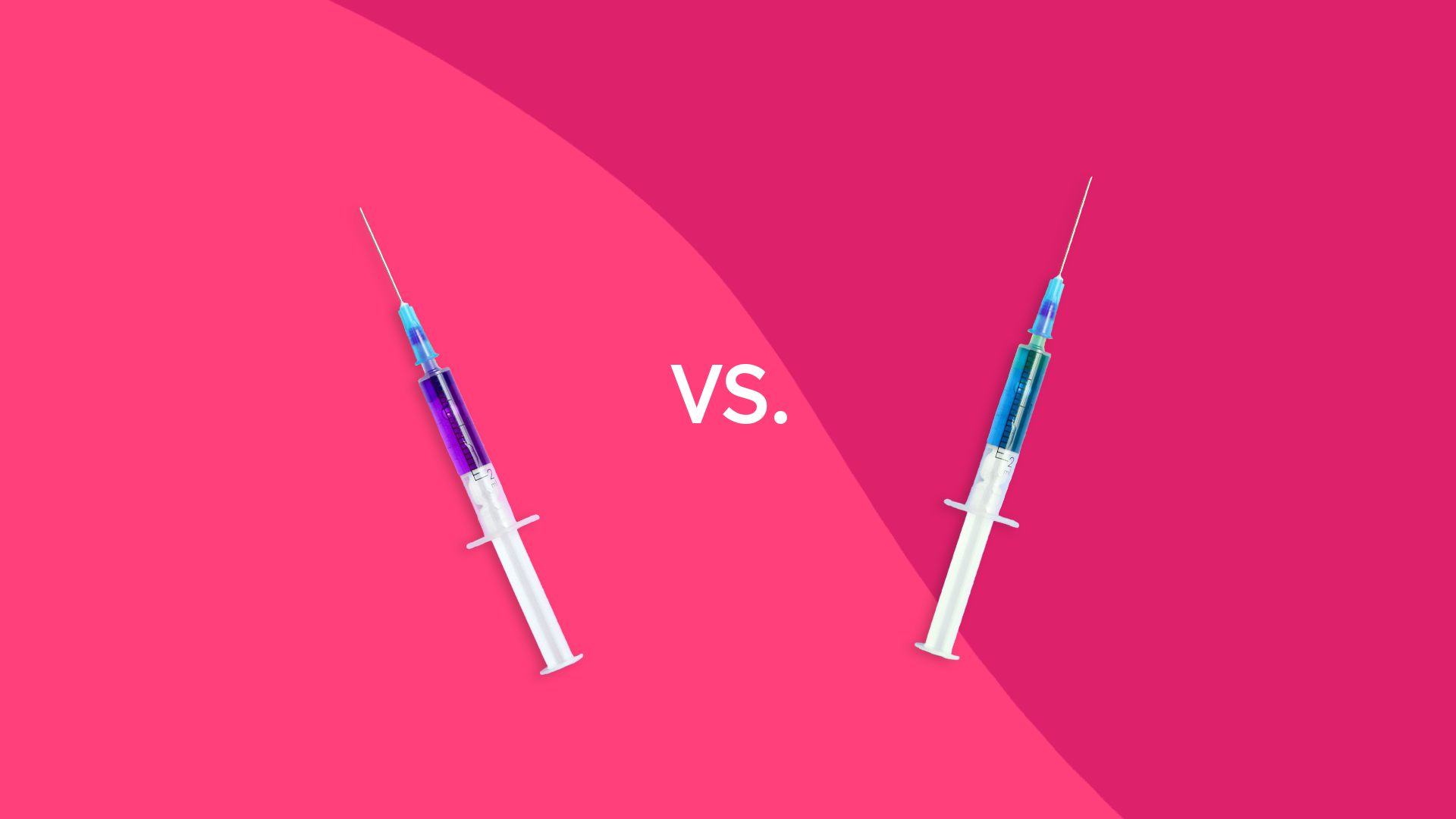 Humalog vs. Novolog: What's the difference?

We compare the two types of brand-name insulin

It looks like the main difference is the kick in time.

I’ll try bolusing my usual amount just before eating and eating my full breakfast in one go.

If it goes well tomorrow, I’ll try bumping the pre-bolus time up gradually like I did for Humalog.

I’m MDI, and I had to make the switch from Humalog to Novalog (I’m in the US) due to insurance reasons. I have used exactly the same dosages and I haven’t found Novalog to be any quicker acting than Humalog. I use the same waiting time after my shot and before eating that I did with Humalog. I haven’t noticed any differences between Humalog and Novalog.

@Finn,
I think it’s about the same for injections. If there is any speed difference, I think it’s minimal.

I suggest just sticking with your normal formula to start with. After a few days it will be easy to see if any changes need to be made.

@Finn I had the same long onset issue with Humalog as you’ve been experiencing. In my case I’d used it for nearly 25 years and even with pre-bolus’ing it wasn’t kicking in for over an hour.

I switched to Novorapid, which as Eric mentioned has a similar onset and duration profile to Humalog. I find the Novorapid works far better / more consistently for me. As an added benefit it doesn’t occlude pumps as Humalog frequently did on 2nd or 3rd day.

I still pre-bolus Novorapid (takes 50 minutes for initial onset), and dosages are virtually the same as Humalog.

Good luck - let us know how it works out for you

I’ll do a few tests this week and report back.

Can’t help addressing the second breakfast: Pippin - Second breakfast - YouTube. I’m similar as you, need to pre-bolus (often don’t) so I get a frequent spike, though lower than yours, I get a 40-60 pt up tick before the insulin kicks in usually at the 45 minute to 1 hour mark. Ref your change fro Humalog to Novorapid (Novolog), my doc was going to change me to Humalog at one point, she said that differences were possible with some people, but not to expect any noticeable differences in timing.

Yeah, second breakfast is my hobbit self coming out.

The benefit (based on just one test) seems to be that I can eat all my breakfast carbs while dampening the peak.

Peak and end were about the same as day 1, but my starting point was a bit higher on day 2 and I’m pretty sure I’m working against some insulin resistance. Oddly enough, my lunch and dinner (Humalog) haven’t seemed to work very well and run my high, but breakfast (NovoRapid) is fine. I’m not sure if that’s a due to the time of day or to the type of insulin.

Will probably try an even longer pre-bolus on my next test if I can get up early enough.

It might be that the hormones that cause my highs at lunch and dinner cause my breakfast bolus to work slower, but just as effective given time. Is that a thing?

It might be that the hormones that cause my highs at lunch and dinner cause my breakfast bolus to work slower, but just as effective given time. Is that a thing?

Are you including any fats or protein with meals ? I do, and count some of that to calc bolus. Most “carbs only” spike my BG too fast, unless higher fiber content, or include fat/proteins.

Afrezza is an inhaled insulin, and can deal with straight carbs quickly. There are other posts on Afrezza if interested.

I have roughly the same breakfast most mornings: one piece of toast (spelt, rye or some other non-white bread) with cheese, fruit and a cup of herbal tea. The carb ratio of bread to fruit changes, but it’s usually about 2:1 (more bread than fruit) or 1:1.

With every meal, including breakfast, I have about 200-250g raw veg (60g peppers, 120g cucumber and a handful of cherry tomatoes, plus a carrot at lunch and dinner). This is consistent with every meal and every day. We portion veg into single-serving tubs and very rarely does a meal go by when I don’t have a tub of veg with a meal. I get a lot of fiber.

Besides the cheese, I don’t think I’ve got any fats or proteins in my breakfast, but there is a lot of fiber with all that veg.

How do fat and protein factor into your insulin calculations?

I’ll ask about Afrezza at my next appointment. No one’s mentioned it to me so I’m not sure if it’s even available in Germany.

I’ll ask about Afrezza at my next appointment. No one’s mentioned it to me so I’m not sure if it’s even available in Germany.

I think its only available in US, relatively small number of users. Some try it, then stop due to coughing after inhaling the powdered insulin. A few folks on this site have posted about it. I use it for higher carb meals or to just correct a high bg quickly.

Ok, I would like to know how much people calculate for fat and protein and when bolused for, if at all. LnL says 10% of fat and 25% of protein (think I have that right) but most say only if not combined with an amount of carbs. “Amount” is nebulous as is timing of bolus. I know we’re all different (YDMV), but how do some of my fellow FUDDERS do it? How much? When? When don’t you and why?

Responding to MM2, please move to its own topic if needed.

how much people calculate for fat and protein and when bolused for, if at all.

I started by following TAG. But now with Tandem pump, I tend to “swag”, since pump will auto adjust basal as bg changes. I also generally eat about same proportion carbs, protein, fat per meal.

Do You TAG? If so, how? Treatment

TAG (Total Available Glucose) is a counting system that also counts protein and fat (in addition to carbs) in order to calculate bolus insulin. Do you TAG? Do you TAG every meal, or some meals? What is your formula? How well does it work for you? We do not TAG in general, but do TAG high-fat meals such as Costco Pizza :-).Without it, we go high for long periods after some very high-fat meals. I will post soon an example of a TAGging error.

@MM2 Thanks for the references! Any others?

I switched from humalog to Lyumjev and so far am very happy. Every once I a great while it does sting. But not enough to bother me. I use same amount of insulin for bolus. Big difference is I can wait until I start eating to bolus. Works great in a restaurant if like me you keep changing mind. I think you will be happy with change. Why not just completely change to rapid fast acting?

I’m aware of TAG bolusing, but think it is an unnecessary complication except for those on a low-carb diet. It’s because the amount of glucose released into the bloodstream from the digestion of carbs is so large, it will swamp out the minor additional glucose that comes from the protein and fat digestion. The glucose from protein and fat arrives later, and in significantly smaller quantities, so today’s closed-loop systems seem to be able to keep up reasonably well with the delayed slow rise. If I’m having an extra-large portion of protein and fat, I may lie to the pump by stating a mildly larger carb amount, but as MM2 does, I just guess some plausible amount (super wild-assed guessing a bolus amount is SWAG bolusing.)

If I were on MDI or on a seriously low-carb diet I’d seriously consider TAG bolusing.